Let’s talk about deep frying: here’s what you need to know

Here's how to successfully deep fry food and which oils are bets for the job.

by Natasha Hariram
in Cooking Guides and Tips, Featured, Features
0

First you need the correct equipment 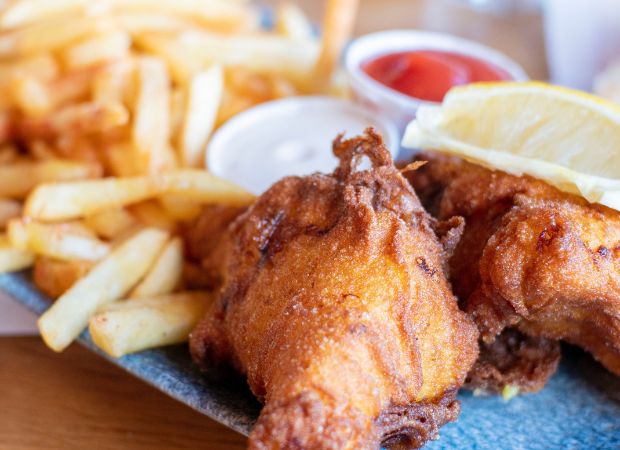 When deep frying it can easily go wrong if the oil is too cold the food will absorb too much of oil, dry out and not be crispy. If the oil is too hot then the outside will cook too fast and the inside will be raw. The ideal temperature to deep fry is between 176 – 190°C irrespective of the oil used. Oils with higher smoke points, can fry at higher temperatures without imparting a smokey or burnt smell and flavour. 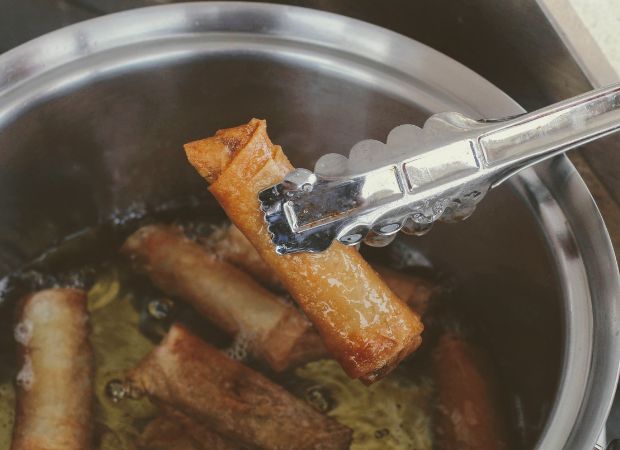 Here is a oil guide:

Lard is fat rendered from pork. It is heat stable so is ideal for deep frying, it does lend itself to more crisping as well as impart a “porky” flavour so it is best used for pork or foods that are enhanced by this flavour. Lard can be made at home or purchased online.

Ghee is clarified butter, which means all the milk solids and water have been removed. It has a very high smoke level of 245°C. Ghee is also much more heat stable and also adds minimal taste or flavour. It is widely used in Indian cooking, sweetmeat making and for prayer offerings.

Tallow is fat rendered from beef. It has a high smoke level, is cheaper to use, as you can render the fat at home. It imparts minimal flavour and taste. Best to use with other beef products or foods that are enhanced by a beef flavour.

Refined Coconut oil has a high smoke point level of 400°C, so it is ideal for deep frying. It loses its nutty flavour when heated so it is safe to use with both meat and vegetable as it does not add any flavour to the food.

Refined Canola oil has a smoke point of 200°C; this allows for it to be a better medium for deep frying. As it is refined it is also odourless and tasteless so anything from French Fries to Crispy Chicken can be fried using it.

Refined Sunflower oil has a smoke point of 225°C; it used to be a cheaper and healthier option to deep fry in. It does not impart any taste or flavour to the food. Frying vegetables as well as meat proteins can be fried in sunflower oils with excellent results.

ALSO READ: The right oil for the job – plus when and how to make substitutions