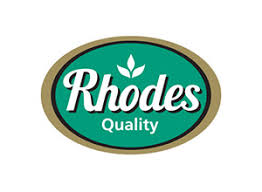 1. Fry the onion in the oil until soft and golden.

2. Add the mince and brown lightly.

3. Add the Packo Mild & Spicy Masala Curry Powder and the garlic and fry for a few minutes more.

4. Add the Rhodes Quality Mild & Spicy Chakalaka and the stock and bring the mince to the boil.

5. Simmer for 15 minutes or until the sauce has thickened and season to taste.

6. Spoon the mince into a casserole dish.

7. To make the potato crust, rub the butter into the flour until the mixture resembles fine breadcrumbs.

8. Grate the cooked potatoes and add to the flour mixture

9. Season and mix well until the mixture forms a dough.

10. Gently press out the dough onto a floured surface.

11. Cut the dough into rings and place onto the mince.

12. Brush the potato with the beaten egg.

13. Bake the mince and potato pie in an oven that has been preheated to 180°C until the potatoes are golden and crispy. Serve hot.

Recipe brought to you by Rhodes.

Does 0.4% alcohol in a bottle of wine still count as wine?