Pork is a highly versatile meat, but while there are many delicious ways to cook it, our question is: which is the healthiest method?

by Mira Athanassouli
in Cooking Guides and Tips, Partner content
0

There are plenty of healthy – and delicious! – ways to prepare pork, which can be an important source of protein in a balanced diet.

The first thing to consider is which cut to use. According to Jamie Oliver, pork fillet is the healthiest choice, as it is the leanest. Pork loin is another good option. The meat is lean and you can cut off the layer of top fat before or after cooking. Everyday Health states that a serving of either pork fillet or pork loin with the fat trimmed is similar to a serving of skinless chicken. 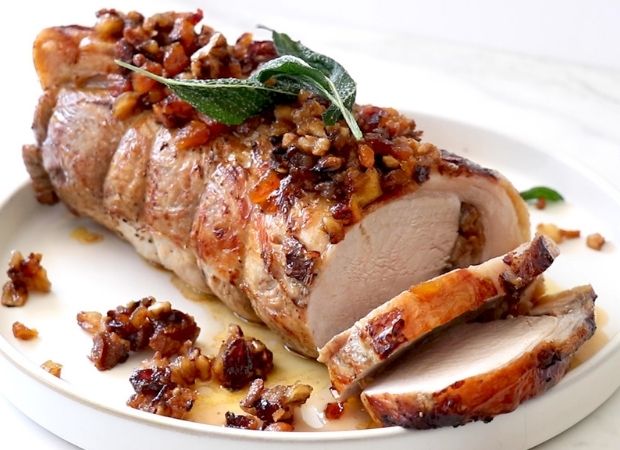 How to cook pork

When it comes to choosing a cooking method, things aren’t always clear cut. As a general rule, avoid methods that use lots of oil, such as deep- or shallow-frying, particularly at high temperatures as high temperatures can damage important nutrients. Braaied or grilled foods could contain potential cancer-causing compounds when chargrilled or when cooked with their fat dripping and burning on hot coals. However, grilling leaner smaller cuts, such as pork fillet medallions, for a shorter time is a healthier way to prepare pork. Fat should be trimmed off cuts such as loin chops before cooking.

One of the healthiest cooking methods in general is stir-frying. This method works very well for cooking lean cuts such as pork fillet and loin. Stir-frying requires little oil, which keeps the fat content and calories low. Although food is cooked at a high temperature, it is cooked quickly, which helps retain valuable nutrients. Just make sure to choose an oil with a high smoking point, such as peanut or sunflower oil. Not only is this method healthy, but it is also quick and easy!

Braising and stewing are both great options for healthy pork dishes. They require a lower cooking temperature, just for a longer time. It’s important to serve the meat in its sauce, though, so as not to lose any of the water-soluble nutrients that have been released during the long cooking process. A further benefit of these methods is that you can use fattier cuts such as pork belly and pork shoulder in a healthier way. Firstly, trim any excess fat before cooking. Then, once cooked, chill it overnight and skim off the fat that settles on the top before reheating. This drastically reduces the fat content of the dish, converting it from unhealthy to healthy.

Another healthy cooking method that lends itself to the leaner cuts is roasting. Roasting uses less oil and the food is not as likely to char. In addition, fattier cuts can be cooked in a roasting tray with a trivet, so that the fat drips off.

Ready to put these methods to the test? Try these recipes: