What’s the deal with vanilla extract and beaver gunk?

Vanilla extract came under fire after claims surfaced around origins of some artificial food flavourings.

The rumour mill has been churning away again, this time with vanilla extract coming under fire. Claims surfaced on social media stating that there may be castoreum (a secretion from a beaver’s nether regions) in some artificial food flavourings. Does this statement hold any truth or do home bakers and dessert devotees have nothing to fear?

Castoreum is a concentrated tan-coloured substance secreted from a beaver’s castor gland, which neighbours the beaver’s anal gland. Despite the unfortunate location of the gland, castoreum has a pleasant, fragrant aroma that has been used in several ways throughout history, including as a natural food flavouring. And while it has been used as a replacement for vanilla, raspberry or even strawberry in some artificial flavourings, castoreum is more likely to be used in the perfume and makeup industries. Due to the technical nature of the substance’s extraction, it’s more hassle than it is worth – especially with regards to the large-scale production of artificial food flavourings.

The likelihood of commercial vanilla-flavoured baking products containing castoreum nowadays is slight, so you can rest assured knowing your baked goods are free from any beaver gunk! 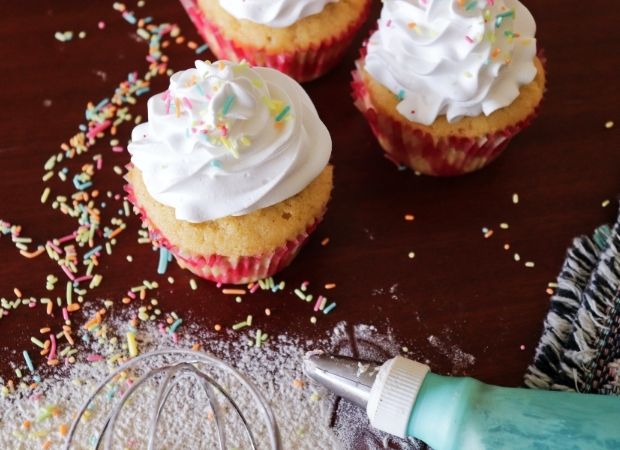 Behind the scenes of Uncharted with Gordon Ramsay