Don't ever toss these fruit peels – you’ll be surprised at how versatile and eco-friendly they are!

Here are a few simple hacks that will save you money by creating an eco-friendly reduced-food waste zone. These fruit peels can all be reused – proof that food waste recycling can be tasty!

Pineapple is fresh, tropical and well-loved for its unique fruity flavour. The next time you’re cutting one up, do yourself a favour and reserve the peel! Pineapple skin has a variety of tasty uses that will save you money and help reduce food waste. 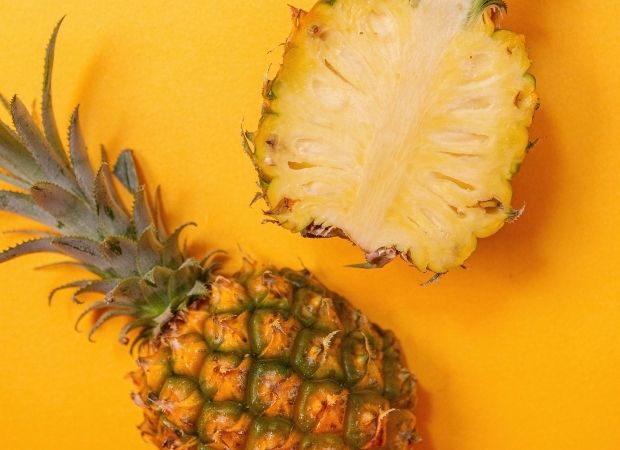 Pineapple skin “tea” costs next to nothing considering the skins are usually discarded, but it’s easy to make and super-rich in antioxidants. Place the outer skin in a medium saucepan, add optional flavourings like cinnamon sticks, star anise or cardamom pods, simmer on low heat for about 20 minutes, turn the heat off, and allow to steep for another 30 minutes before straining the peels out. Enjoy as is or sweetened with a sweetener of your choice. It can be served hot or chilled with some ice.

Or you can make pineapple tepache, which is a fizzy Mexican fermented beverage like kombucha. All you need are pineapple peels, about ½ cup dark brown sugar and 1 lime. You can add cinnamon sticks or whole cardamom pods for a lightly spiced infusion. Muddle all the ingredients together in a large glass jar, top with water and allow to ferment at room temperature for about three days while loosely covered with a clean kitchen towel. Strain and store in the fridge thereafter. Enjoy chilled with some ice or as a cheeky tequila-based cocktail!

Banana peel is far more versatile than you’d think! The skins can be used directly to treat sunburn, or you can get creative in the kitchen with them. 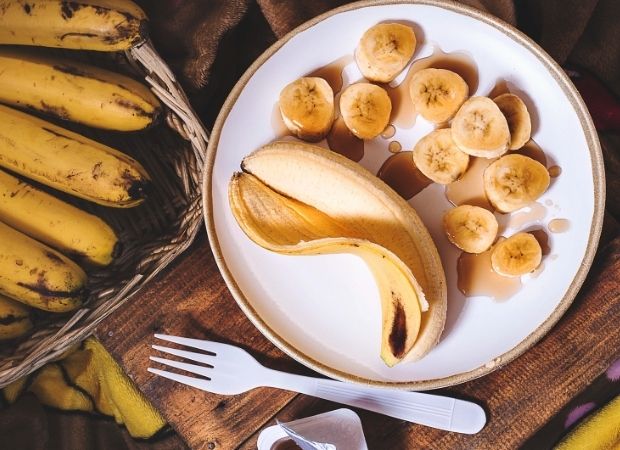 Vegan “bacon” can be made easily from banana skin. Make sure to use bananas that are very ripe – the same ones you’d use to make banana bread. Tear each peel into about four long strips. Use a spoon to lightly scrape off the white inside part of the banana peel leaving just the peel. Make a marinade by mixing soy sauce, maple syrup, smoked paprika and garlic powder or your favourite flavourings together in a dish large enough to fit your banana peels. Marinate the peels for at least 10 minutes or a couple of hours. Fry for a few minutes each side, until they are golden and bubble up a little in a hot oiled pan and you’ll have vegan banana “bacon” ready to go!

Banana marmalade can also made from bananas peels. Cook sliced banana peels with sugar and water (the same way you would make a citrus marmalade) to create a sweet jammy treat or flavour the banana peels with onions and savoury spices to make a variation on a food-waste-reducing chutney.

Banana “tea” is super easy to make and can be used to aid in restful sleep. Place the banana peel, cinnamon stick (if using) and water in a small pot and bring to a boil. Cover, reduce heat and simmer on low for 8–10 minutes. Remove from the heat and strain out the peel. Add vanilla extract (if using) and sweetener if desired before serving. Enjoy before bed for a calming nightcap.

If the idea of banana peel tea doesn’t peak your interest, you can always make banana water by soaking two to three banana skins in roughly 600ml of water for a few days, which can be used undiluted as a plant fertiliser.

Watermelon screams summer and the rind that’s always disposed of can be just as hydrating as the fruit! 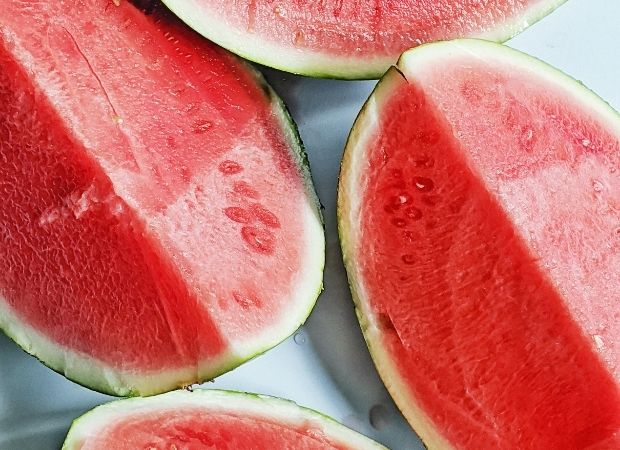 An easy watermelon rind smoothie can be made by blitzing watermelon rind with water and a little honey for a refreshing waste-free summer beverage. You can add flavourings like ginger, mint and lime if you’d prefer to mix it up a bit.

Watermelon rind preserve is also a great way to reduce food waste and makes for a tasty addition to just about any cheeseboard. While the process may be a little fiddly, we’ve never met a cheeseboard that didn’t appreciate a good sticky preserve!

You can also make a savoury preserve in the form of pickled watermelon rind. Slice off the green outer skin (this can go into a compost bin), chop the white parts into pieces – you don’t have to remove any fleshy bits as they add a wonderful colour and sweetness to the pickle. Combine a mixture of 1½ cup vinegar, 1½ cup water, and ½ cup sugar in a large saucepan over medium heat until sugar dissolves. Stir in some salt and bring to a boil with any additional flavourings of your choice. Ginger, cinnamon, peppercorns and cloves all work well. Add watermelon rinds and simmer 5 minutes, or until softened. Remove from heat and allow to cool for 30 minutes. Once cooled, divide watermelon rinds and pickling liquid between jars. Add fresh jalapeño slices if you’d prefer a spicy version or lemon slices for a citrus pop. Cover and chill in the refrigerator for up to two weeks.

READ MORE: What is zero-waste cooking and how do I do it?