Why elaichi is not your sworn enemy

We are here to put you at ease with a list of benefits about this small but powerful spice.

by Ishani Chetty
in Cooking Guides and Tips, Health and wellness
0

Biryani is one of those dishes that is universally loved by almost everyone across the world and is a staple within the Indian and Cape Malay communities in South Africa.

However, most people will admit that their euphoric biryani experience is often ruined by the bitter tang and taste of biting into an elaichi.

While we may think the elaichi is waiting for us, the unsuspecting victims, while we eat biryani, there is more than meets the eye with this spice.

Also known as cardamom, this spice has its origins in India and, according to the Government of India, was initially found growing wildly along the Western Ghats in South India.

There is some evidence that suggests the use of cardamom dates back about 4,000 years ago, making it an age-old spice. There are two types of cardamom: black and green. The first is large in size and dark in colour while the green elaichi is small and often used in cooking.

First things first: why is cardamom included in biryani?

Heralded as the queen of spices, cardamom is known for its aromatic properties and its ability to add depth to any dish.

Not only is this spice known for adding flavours of warmth and sweetness, but it is also one of the most multi-faceted spices and is used in both sweet and savoury dishes.

Cardamom is added to biryani to bolster the existing flavours of the spices, and to add warmth and sweetness to balance out the flavours of the other spices used. It also greatly contributes to the much-loved aroma that emanates from a steaming pot of prepared biryani. 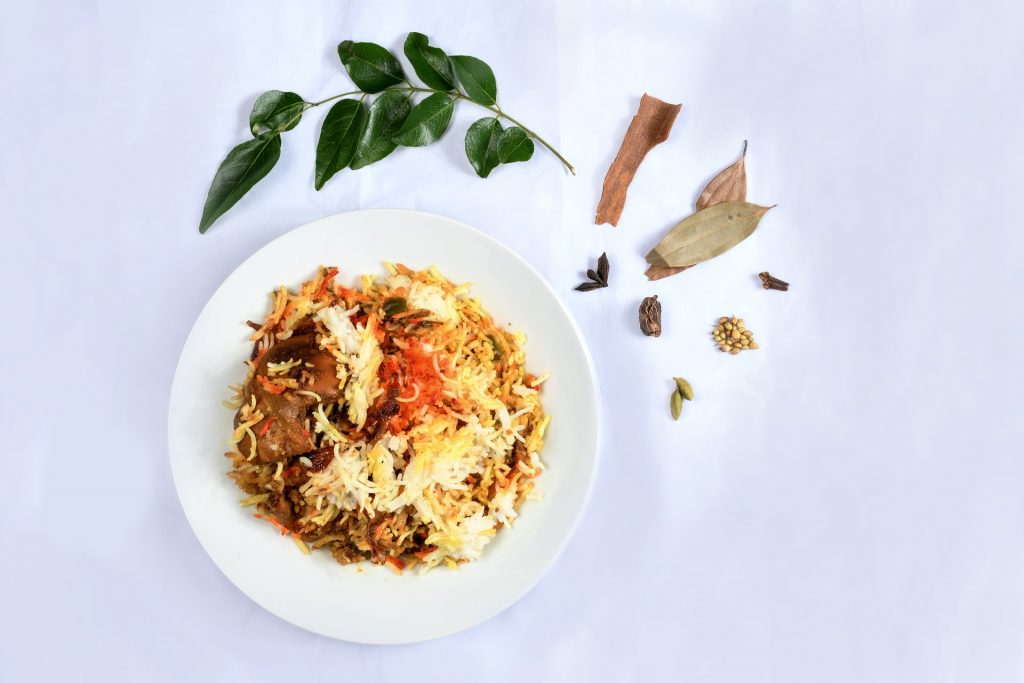 Small but powerful: the health benefits of elaichi

Aside from adding a depth of flavour to many dishes, cardamom also has a list of health benefits.

With Ayurvedic practices trending within the Western world and the roots of this small spice being rooted in India, Michele Mistry, a certified Ayurvedic nutrition specialist and founder and owner of local brand INDIKAAP Vegan Ayurveda, shares a few health-related benefits of cardamom.

Michele shares the best way to consume cardamom from an Ayurvedic perspective. “Take it in its freshly powdered form, in a carrier fluid like ghee, milk, cacao butter or nut milks. It can also be added to foods as a whole pod for flavour.”

READ MORE: Everything you need to know about Ayurvedic cooking

According to the Government of India, cardamom is also used as a holistic medicinal remedy for dental issues such as gum or teeth infections.

In addition, it has been used as an antidote for both snake and scorpion venom.

Although we may not all be huge fans of cardamom, we have to admit that it does add a unique and warm, comforting flavour to many beloved dishes and drinks including chai masala, baked goods and, of course, biryani.

How to make your salads sing: the ultimate guide

Unplugging these kitchen appliances could save on your electricity bill