Foodies, rejoice: MasterChef SA is back! And you’ll be more than familiar with the three judges who will be selecting the winner of season four.

Chefs Zola Nene and Gregory Czarnecki and food editor Justine Drake will be the culinary masters whose palates and expertise will guide a new crop of contestants to the ultimate R1-million prize and the coveted title of MasterChef.

With their varied experience and viewpoints, the judges will inject freshness to the new season of MasterChef SA.

Zola Nene is a much-loved chef, food stylist and author of two cookbooks, Simply Delicious and Simply Zola. The effervescent Zola was also part of the judging panel for The Great South African Bake Off on BBC Lifestyle (DStv channel 174) in 2017.

Born in France to parents who were gourmands, Gregory Czarnecki was destined to end up in the rich world of food. As head chef at The Restaurant at Waterkloof, he won the coveted Chef of the Year Award from Eat Out in 2016. He also served as a mentor for the prestigious S. Pellegrino Young Chef competition in Africa and the Middle East, and his French heritage is carried intelligently and creatively in his food.

Justine Drake is the launch editor of Pick n Pay’s Fresh Living magazine and has authored five cookbooks. She is also an experienced TV host and, during the pandemic, she started hosting Just Cook at Home SA with Justine Drake on YouTube. 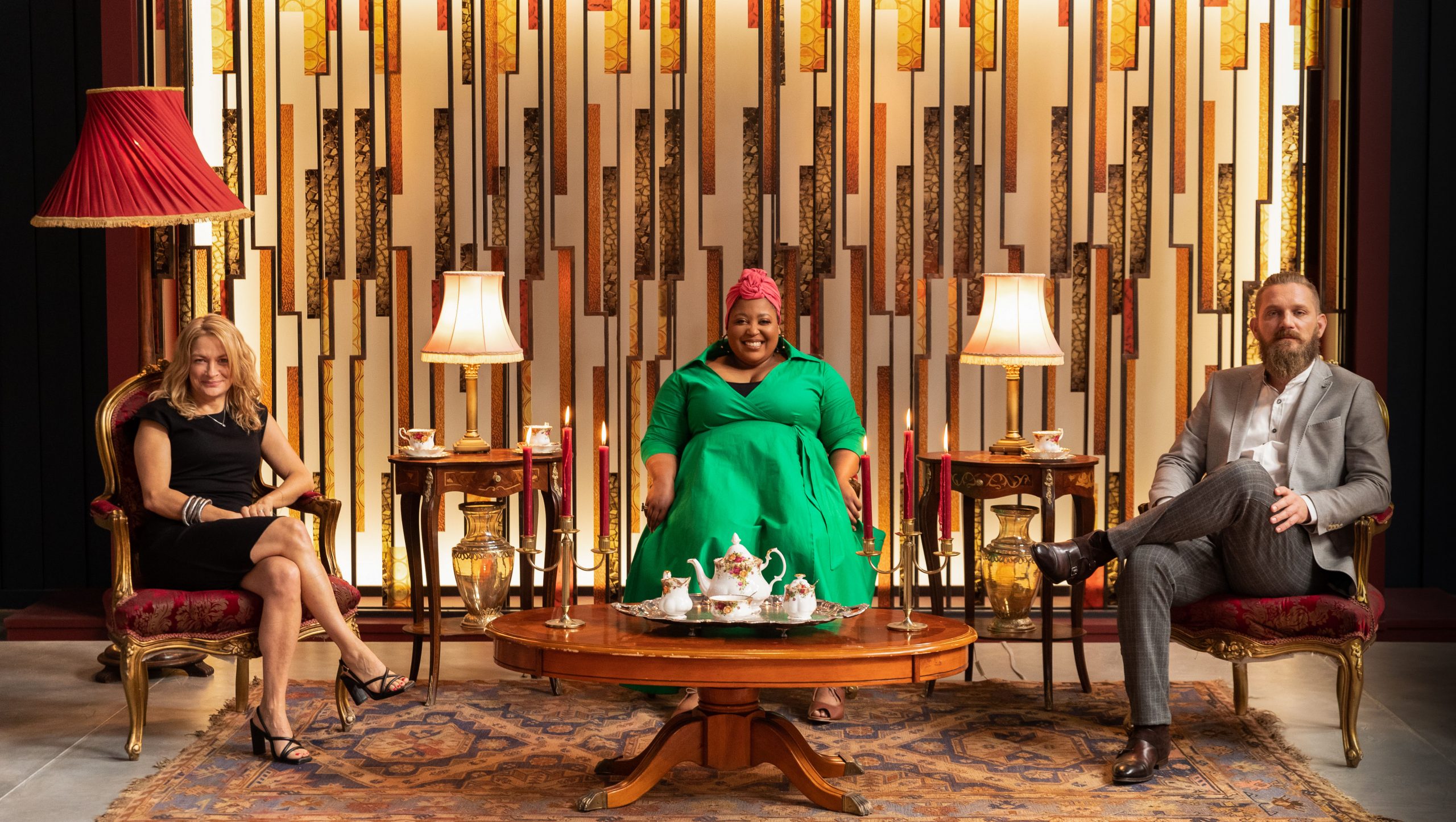 “We’re very excited to have one of our most-loved shows – and toughest of reality competitions – returning to our screen after some time away. We have always had a rich crop of home chefs to choose from, but the pandemic has certainly created more, and this is the perfect time forMasterChef South Africa to make a comeback,” says Yolisa Phahle, CEO of General Entertainment and Connected Video for MultiChoice.

Out of more than 1,000 entrants, only 20 contestants will battle it out at the V&A Waterfront’s Makers Landing in the first edition of MasterChef SA since 2014. Gregory says when it comes to judging the performance of each of the contestants, he looks at whether they met the brief of each challenge, then also the techniques used and the emotion behind the dish. Many of the challenges the contestants will be taking part in are focused on ingredients common to South African cultures as well as issues they can expect to face in any restaurant kitchen, such as sustainability and using parts of an animal that may usually be discarded.

MasterChef SA season four premieres on Monday 28 February 2022 on M-Net (DStv channel 101) at 6pm and will be aired from Mondays to Thursdays. South Africa’s best home cooks will face their toughest challenges yet in what will be a life-changing journey for many, and especially for the one who will ultimately be crowned South Africa’s MasterChef!