Know your avocados: A handy guide to which are locally available and when to use them

Most of us, at some point in our lives, have spiked the pip of an exceptional tasting avo with three toothpicks and submerged it in the water with hopes of one day feasting on the fruits of its offspring. The love for the fatty, nutritious avocado is near fanatical.

In case your avo tree never grew past the initial excitement of two unfurling leaves, this guide to avocados in SA will still make you feel like an in-the-know avo lover.

While there are hundreds of different avocado hybrids across the world, there are actually only three main types: Guatemalan, Mexican and West Indian. (There’s even one hybrid called the bacon avocado.) This article focuses on the four varieties most commonly grown for commercial use in South Africa. All Hass avos can be traced back to California, where they were first grown by a certain mail delivery man, Rudolph Hass, who dabbled in horticulture on the side.

There are actually a few subcategories in the Hass avo family, most notably the regular Hass, the Maluma Hass and the Lamb Hass. All three bear the same characteristics, with the exception of the Lamb Hass avo flesh darkening significantly upon ripening. The Maluma Hass avo hybrid was actually discovered in South Africa in the 1990s.

Across the three varieties, they’re in season from March to November. With an almost year-round availability, these guys are a popular commercial variety.

How to identify Hass avocados

– Dark green skin that turns purplish-black in colour upon ripening.

– They don’t yield well to the thumb pressure test and bruise easily.

All the Hass family avos offer a creamy, nutty flavour profile, adding to their popularity.

The best thing to do with this avo type: 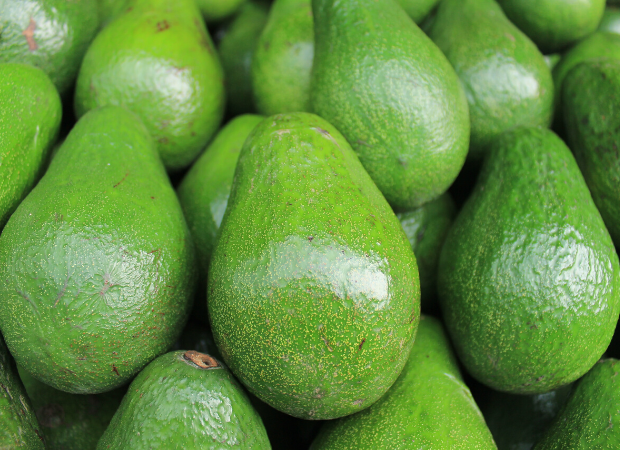 The Fuerte avocado most likely originated in the town of Puebla, Spain, although another Mexican-Guatemalan cross-seedling of Fuerte can be traced back to Israel.

Fuerte avos got their name from the Spanish word for ‘strong’ due to their resilience against severe frost.

These avos are in season from late February to early August.

– Pear-shaped avos that thin out toward the point.

– Medium-sized fruit that ripens to a bright green.

Creamy flesh with a milder flavour. Some describe these avos as oily.

Best thing to do with this avo type

– Smoothies: They add a smooth element without affecting taste, thanks to their neutral flavour.

– Fanning: The easy-to-peel thin skin is ideal for those thin spread-out slices that make a garnished dish or pizzas look professional. 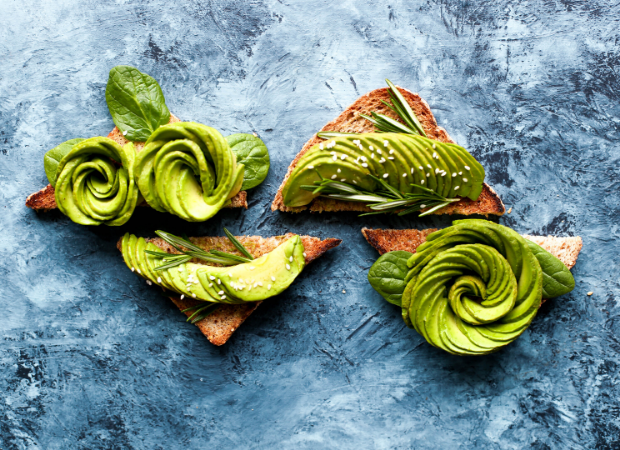 Pinkerton avocados get their name from the Saticoy ranch in Ventura County, California where they were first cultivated as a cross between Hass and Rincon avos by J. Pinkerton in the 1960s.

Only from June to July, unfortunately.

– Large-sized, firm fruit with a pear-like shape and a thicker, prominent neck.

– Light green skin that darkens in colour as it ripens.

– The skin is rougher, like a Hass avo, but still has the waxy texture of a Rincon avo (not available commercially in SA), making it easy to peel.

– The ripeness pressure test won’t work on these, as they don’t really yield to thumb prodding.

These gems are smooth, creamy and with a slightly sweeter avo flesh. Notably, also, are their small pips, so this one yields lots of avo flesh to eat inside.

Best thing to do with this avo type

– Salads: It makes for a good substitute for feta.

– Potted trees: It yields fruit as small trees, so this is a good one to grow at home. From early June to late September.

– Medium to large-sized fruit that ranges from a rounded pear to oval shape.

– Olive-green in colour, with a pebbly skin with bright green rough speckles.

These chaps offer a delicious, nutty and rich flavour profile.

In South Africa avocados are mainly grown in Limpopo and Mpumalanga provinces in the North East. But because of the high demand, fruit production is expanding in KwaZulu-Natal and the Eastern and Western Cape provinces too.

The availability mentioned above for each type is true to their in-season period. Thanks to cold storage, many can be sourced out of their fruiting season too. But if you’re eating like a climatarian, your out-of-season avos will come with a much larger carbon footprint. Other note-worthy avo lingo you should probably know

Avozilla– A giant, human head-sized avocado species that’s a mix of a West Indies and a Guatemalan avo grown in SA.

Slimcado– Originally known as the Florida avocado, it received a marketing facelift due to its lower fat and calorie content.

ALSO WATCH: WATCH: The ‘Avozilla’ can butter 24 slices of toast