Demystifying game meat and the best ways to cook it

Looking to introduce game meat as a regular feature in your kitchen? Here's what you need to know.

by Kgomotso Moncho-Maripane
in Cooking Guides and Tips, Features
0

The world is moving towards sustainability and conscious eating habits as an awakening rather than a fad, and as a necessary response to the times – characterised by a changing climate and the persistent threat of COVID-19. In addition to the growing interest in plant-based food and an awareness of our indigenous grains is the need to promote game as a sustainable and healthy way to ethically consume meat.

Through their partnership, the Oppenheimer Generations Research and Conservation and Stellenbosch University’s African Wildlife Economy Institute (AWEI) recently held the Taste of Game event with the aim to educate the public on eating healthier with game meat, popularising it and promoting the sustainability and the environmental benefits that go hand in hand with seasonal game hunting. The ultimate goal is to promote sustainable and inclusive wildlife economies in Africa. And this has a hand in empowering communities that depend on game meat for survival.

AWEI Chair and Deputy Dean of the Faculty of Agri-Sciences Professor Kennedy Dzama explains: “Wildlife economy value chains provide benefits for communities including opportunities for community-based wildlife management, enterprise development and job creation. A key focus of the work of the AWEI is identifying how community livelihoods can be enhanced through scaling up the wildlife economy.” 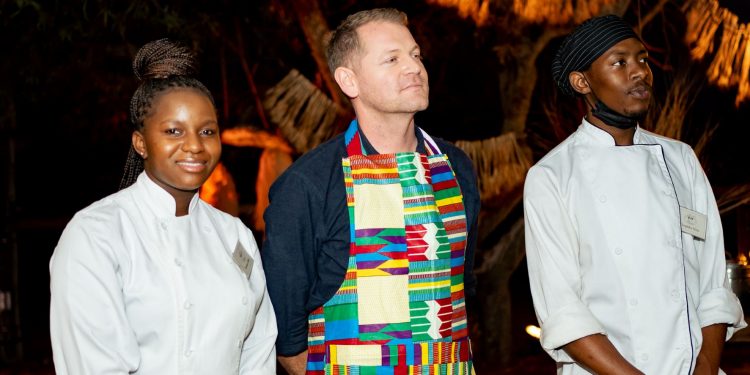 At the Taste of Game evening, guests were treated to 16 amazing courses of delicious game dishes by Michelin-starred chef Jan Hendrik van der Westhuizen and young chefs Theo Msiza and Siphokazi Sihlali. With dishes ranging from springbok carpaccio, kudu and wildebeest fillet to slow-cooked springbok shanks and guinea fowl, the menu showcased the versatility of game meat while debunking some misconceptions. The hope is for the public to gradually get into the habit of making game meat a regular feature in their home kitchens.

When one thinks of game meat, variations of ostrich and venison available at supermarkets immediately spring to mind. But demystifying game meat is remembering that it is our heritage and challenging the elitist connotations that are often attached to it in urban areas.

Chef Jan Hendrik shared a memory of how his father hunted springbok and would bring it home to cook. For black communities, too, eating wild meat is a very familiar notion that forms part of our rural backgrounds and upbringing. Rabbit tshotlho (shredded meat) is an occasional treat in the rural Northern Cape. Matriarchs in Limpopo villages sometimes slow-cook guinea fowl that often make a home with the hens that roam free in the yard.

His grandfather’s game-hunting prowess is responsible for Chef Theo Msiza’s affinity and love for game meat. “I associate myself with game meat through my family. My grandfather used to be very much into eating game meat. He’d go hunt hares and impalas and bring it home to us. I enjoyed the taste first and foremost. And the smell,” Chef Theo says.

Some of the misconceptions around game meat are that it is tough to cook and bitter in flavour. And to this Chef Jan Hendrik says: “Bitter used to have a different interpretation to what it is today. Taste evolves as it is acquired.  Some game might be a bit tough in texture, but there’s something to be enjoyed and beneficial about chewing food and taking in the tastes and flavours.”

The health benefits of game meat are plenty. Oppenheimer Generations Head of Research and Conservation Dr Duncan MacFadyen says: “Game meat is lean. It has the optimum ratio between omega 3 and omega 6 – it’s the right fats. There are no antibiotics and no growth hormones. There is no genetic modification. It is naturally organic.”

Integrative and functional nutritionist Mpho Tshukudu adds: “Whatever you’re feeding the animal will always come through in the food. This is why Karoo lamb is protected because it feeds on certain vegetation. And because game animals are in the wild, grazing on grass, the meat tends to be leaner and much softer when cooked well. Game meat alone doesn’t make good boerewors. It has to be mixed with lamb to give it a bit of fat.” 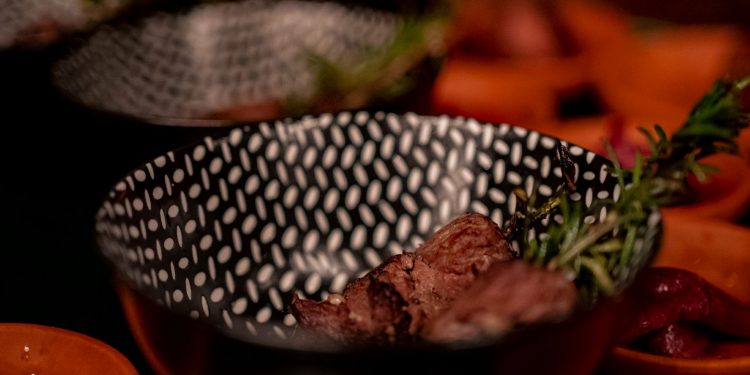 When looking into the access of game meat, it’s important to take seasonality and availability into consideration. Outside of retailers, enquire with your local butcher. The Braeside Butchery in Johannesburg, for example, specialises in grass-fed and free-range meat and offers a variety of game including ostrich, kudu, eland and gemsbok.

If you’re interested in trying out game meat and playing around with it in your kitchen, Chef Theo has some insights and tips.

Which game is available in which season?

South Africa boasts a pleasant weather pattern that makes access to game less restricted compared to other African countries. Although peak season for game meat is the winter season (May to August), it may also vary due to various types of game and game birds.

Which game meat is ideal for braais and which is best for slow cooking? And how else can play with it?

For braais, I would strongly suggest the following:

Game meat that is best for slow cooking would be:

We can further prepare game meat by serving it raw as a tartare (the only game meat safe to eat raw is kudu and springbok). We can serve game dried like biltong and even serve game offal.

People often speak of the smell of game meat. You mentioned patting it down as a way to make it less off-putting. What else can you do?

Seasoning is the most important aspect of food prep and game is no exception. Marinating is also great in reducing the smell of game as it breaks down the protein, penetrates the meat, and enhances the texture and flavour. Dry ageing is also a great way of reducing the smell and it also deepens the game flavour.

4 must-try sweetmeats to make for Diwali