Dark kitchens are all the rage right now and the pandemic has a lot to do with the upward trend. Also known as ghost kitchens, cloud kitchens, delivery kitchens or virtual kitchens, they are centralised spaces that host restaurants and multiple brands offering takeaway and delivery via online orders. They do this through third-party delivery apps that we know and use. 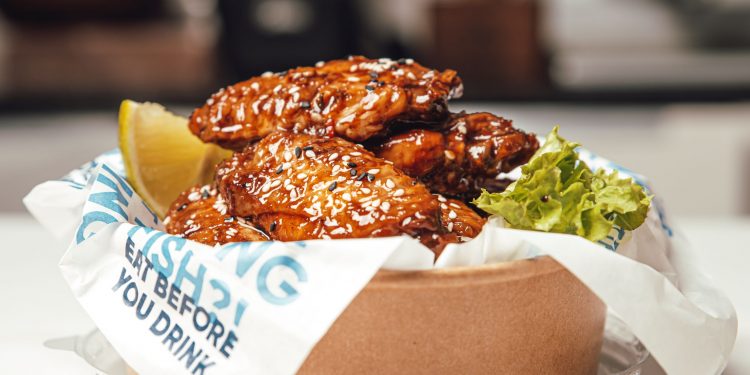 The concept is not new, but it has now been amplified as more people turn to ordering food online due to the fluctuating COVID-19 lockdown restrictions and as more restaurants adapt their service models for expansion and survival. Dark kitchens are also a viable option for budding caterers and entrepreneurs.
A list of the growing dark kitchens in the country shows that some dark kitchens have been around for a while, with Oishi Sushi in Cape Town and Johannesburg being one of the earliest ones, formed in 2012. Google founded Kitchen United in California in 2017 and Uber co-founder Travis Kalanick started CloudKitchens as commercial spaces for serviced kitchens in 2019.
Dark kitchens appeared as a response to the growing demand from consumers for restaurant-delivered meals, the rising usage of third-party delivery apps, and the low capital needed to set the kitchens up. The latter is the driving force and the major appeal behind their rapid growth, especially taking into consideration the financial strain brought about by the pandemic.
The cost to get a dark kitchen up and running is estimated to be around R100 000, which is cheaper than opening up a traditional restaurant. There is fewer staff and no front-of-house labour needed, so there’s more profit to be made. In addition, brands can share overheads such as rent and electricity and decrease their operating expenses. 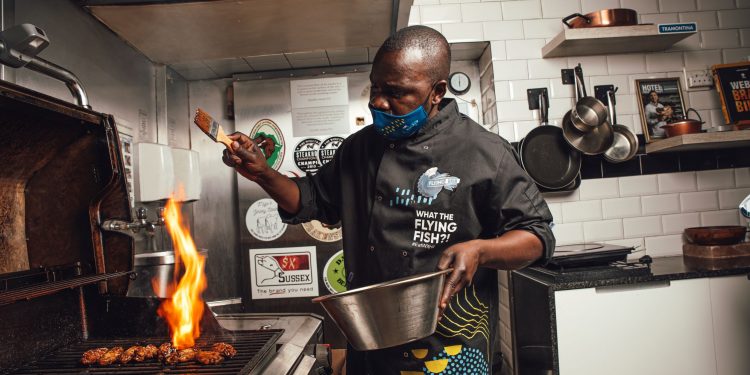 It is also relatively quick to get started. Once set up, you can start cooking in matter of weeks. According to Collective Kitchens, which launched with a serviced kitchen in Rosebank, Johannesburg in 2019, dark kitchens are more flexible, with the ability to change your menu and optimise your offering as and when is needed.
Jozi Cloud Kitchens, which provides serviced kitchens to entrepreneurs, was established in March 2020. They run 10 kitchens and 18 brands in the heart of Bryanston in the Sandton area. Co-founder Simele Shange says dark kitchens can also be seen as a marketing tool for emerging entrepreneurs. “People have a low-cost opportunity to test the market, test their product, see if it works and grow from there. It’s the safer way to go,” he says.
In addition to their dark kitchens, Jozi Cloud Kitchens also have a pick-up facility through their multi restaurant ordering app called Jozi Feast, which allows people to order from all their different brands all on the same bill with the option for pick-up. The company plans to have a sit-down area in the future.
With so much going for dark kitchens, it made sense for lifestyle beer brand Flying Fish to leverage this opportunity and use it to take an informed and unexpected approach to responsible drinking. Called the Flying Dish Kitchen, the Flying Fish dark kitchen caters to the South African palette. With dishes like Neo Nontso’s Flying Kota and vegan tacos, the menu is designed by the very same people who order from it.
“Food is the best way to bring people together and with opening this kitchen we can now get the food into people’s hands,” says Flying Fish Marketing Manager, Zachary Kingston. “In areas that cannot be reached Flying Fish is showing #eatwithit in other ways while still making sure you see their message. At the end of the day, the important thing is to remember to think food first, drink later.”
With the intermittent alcohol bans brought about by the various COVID-19 waves and the objective to flatten the curve, responsible drinking has become more important and imperative. Beyond #eatwithit, the presence of the Flying Dish Kitchen relays a bigger message that could still be relevant post-pandemic.
“We heeded the president’s call to form a social compact with industry players and social partners to actively reduce the harmful consumption of alcohol. As brewers we enable socialisation, drive moderation and champion responsible consumption,” Kingston says.
“In our continued fight against harmful consumption of alcohol, as well as the COVID19 pandemic, it’s critical to look for interventions that if implemented along with other social measures, would support the objective of flattening the curve, saving lives, and simultaneously protecting livelihoods. We want every experience with our brand to be a positive one and have always been committed to be part of the solution,” he concludes.

9 weird and wonderful traditional foods to try when visiting Australia