Which grocery loyalty saving card works for you?

We zoom in on the value of grocery loyalty saving programmes and how they work.

Checkers Xtra Savings customers are in for a shopping spree with discounts of up to 50% and deals on more than 5 000 products during the inaugural Xtra Xtra Weekend, a Xtra Savings members-only shopping weekend.

Who doesn’t love a bargain? With food prices continuing to rise, largely impacted by the pandemic, saving on food and groceries any time of the year is always a welcome idea.

Business Tech reported in October 2021 that rice, samp, potatoes, fish, butternut, spinach and apples were among a list of food items that South Africans are currently paying a lot more for. The recent increase of the petrol price is also adding to the pinch on consumers’ pockets. Loyalty saving cards from different grocery stores offer some relief where it counts the most. We zoom in on their value and how they work.

The growing success of the Checkers Xtra Savings rewards programme speaks volumes. Over eight million consumers have opted for the Checkers Xtra Savings card since its launch in 2019. The rewards programme continues to be the fastest growing of its kind in the country. At the heart of it are instant cash savings on groceries and drinks every week, with the offers being directly loaded into the consumer’s card.

There are no points, tiers and levels. Discounts are clearly marked in-store and by swiping the card, in-store or online, savings are reflected at the till and on the till slip. Other benefits include personalised offers based on products that customers buy and love. These are available on WhatsApp too. The card comes with birthday surprises and special perks as well.

“The success of the Xtra Savings Programme is in its simplicity. Consumers want transparent incentives and meaningful gratification. That’s what we’re giving them,” says NeilSschreuder, Chief of Strategy and Innovation for the Shoprite Group.

Following the Checkers success, the Shoprite Xtra Savings card was launched a year later in 2020. Working similarly but slightly differently, it offers customers instant discounts of up to 40% on daily essentials. There are also added benefits such as free airtime on certain purchases and additional combo deals that are automatically applied at the till. 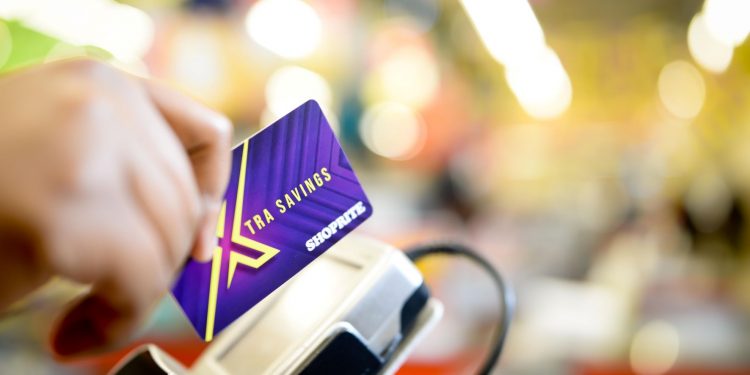 Another one of South Africa’s popular retail loyalty programmes is Pick n Pay’s Smart Shopper card. The Smart Shopper was named the ‘coolest retail loyalty programme’ by Sunday Times GenNext Awards in 2021.
It provides customers with immediate savings when swiping their loyalty card in-store and online and rewards them with points which can be used directly at any till point or online as a cash-back. Additional benefits the programme offers include personalised discounts – unique discounts loaded to a Smart Shopper’s profile every few weeks, and based on the products a customer buys regularly.

Going into detail about how the Smart Shopper points system works, Pick n Pay’s Janine Caradonna explains: “Smart Shoppers receive one point for every R2 spent in store. This is loaded onto a customer’s Smart Shopper card with each swipe and this cash-back can be spent directly at the till point or when shopping online, or at selected partners, such as BP, within 12 months of earning the points. Customers also earn points when shopping on PnP’s online shop or via the PnP asap! on-demand delivery app.”

Pick n Pay’s Smart Shopper programme has also partnered with various partners to bring customers more rewards outside of its stores, from fuel to flights and takeaways or even a flower delivery!

Pick n Pay goes a step further with the inclusion of the Smart Shopper Household Account. Customers can link their household’s Smart Shopper cards together as a way to earn, save, switch and share Smart Shopper points as a family. 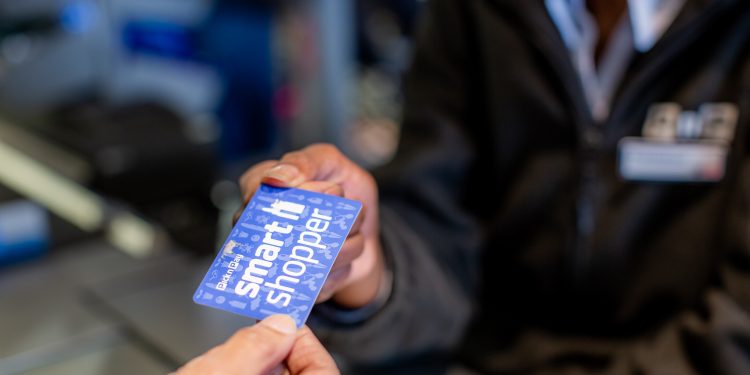 A 2018 report on the most popular rewards programmes in South Africa found that the Woolworths WRewards card had the highest percentage of active users, sitting at 81%. The WRewards card also rewards customers instantly.

“Members get access to exclusive Woolies savings on quality staples and best-loved products throughout the year, plus vouchers on items we think they’ll enjoy,” says Silindile Gumede from Woolworths. “If you’re a VIP, you get even more benefits, with a celebratory welcome voucher of R75 off R350, as well as a 10% off birthday voucher, first peek at launches and promos, exclusive invites to events, and surprise VIP-only offers.”

The card has two reward tiers, namely the WRewards Base (from R0 to R29 000 spend per fiscal period) and the WRewards VIP (from R30 000 spend per fiscal period). Both Base and VIP members save up to 30% on selected items and get an extra 5% off when paying with their Woolies card on selected deals. Woolies reviews these records and automatically upgrades customers as they qualify for a higher tier status.

Is a plant-based diet expensive?