How the food you eat impacts global warming and climate change

Health, productivity and wellness are largely impacted by the food we eat and the dietary choices we make. But the food on our plates and the choices we make are impacting the planet. The signs of global warming are everywhere and are more complex than ‘simply’ climate change. It starts with us.

On a global, national and individual scale, we should be reassessing the food we buy, how we prepare it, the way we farm it, and the way we discard of its waste.

Since 1906, the global average surface temperature of our planet has increased by more than 0.9 degrees Celsius, more so in the polar regions. Melting glaciers and shifting animal populations aside, according to the UN’s Food and Agriculture Organisation (FAO), climate change is and will hinder our ability to ensure food security and the alleviation of poverty on a global level.

Food is produced and processed by millions of farmers and related businesses, at a huge cost to the environment. Greenhouse gases (GHGs) emitted from human activity and livestock trap heat in the earth’s atmosphere, triggering global warming.

If you pay attention to the news, you will have already noticed the impact: changing rainfall patterns, extreme weather conditions like droughts and flooding, and a redistribution of pests and diseases. It’s probable that our water, food and energy systems are and will be jeopardised. 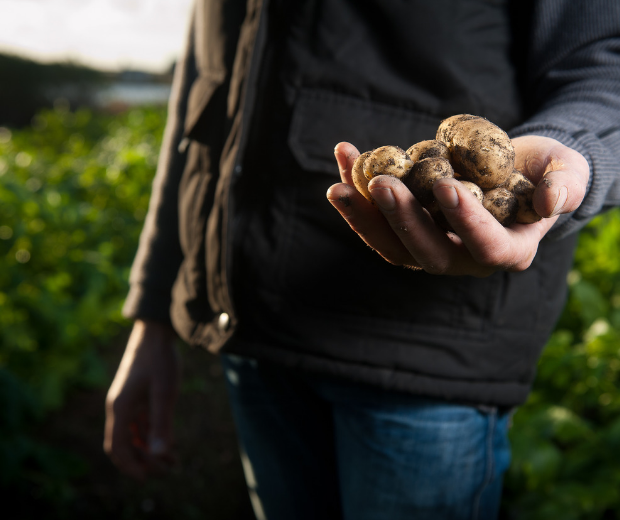 We are the food system

It’s no secret – good nutrition is an important part of a healthy lifestyle. But research around climate change is repeatedly revealing that a ‘globally conscious’ diet – cutting down on meat, for example, or at least questioning its source – has the potential to positively impact the negative emissions of our food chain.

A recent study published in Nature asserted that the food system is a major driver of earth’s climate change, contributing in the following three ways:

1. Changes in land use

When forests are cleared to make room for farms and livestock, carbon is released into the atmosphere that subsequently heats up the planet.

Government and housing developments, water services, farmers, industries and businesses, plus regular water-users like you and I all rely on water. Glaciers store about three-quarters of the world’s freshwater and, as we’ve established, they’re melting. Our freshwater supply is rapidly dwindling.

3. The health of our oceans

Livestock production accounts for 70% of all agricultural land use, occupies 30% of the planet’s land surface and is responsible for 18% of GHGs such as methane and nitrous oxide.

An infographic recently published in The New York Times shares that, on average, 10% of a country’s energy budget is spent on getting the food from the farm to your table. That includes raising and harvesting all plants, animals and animal products we eat, plus processing, packaging and shipping food to markets all over the world. If you eat food, you’re part of this food system.

How exactly does the food I eat impact global warming?

Consuming less red meat and dairy will typically have the biggest impact. And no, we’re not asking you to go full vegan. Instead, it’s a conscious decision to eat less of the foods that have the biggest climate footprint. When planning meals, shopping or ordering in a restaurant, next time try considering the following:

• How low on the food chain is this? The lower, the better. Food Revolution states that the higher the percentage of your nutrient and protein intake that comes from plant foods, the more earth-friendly (and healthier) your diet is.

• How much energy goes into producing it? Different foods require different amounts of energy to produce. Meat, for example, is four times as demanding as grains.

• Is it grown locally and organically? At its core, organic farming takes a proactive approach to environmental sustainability; it aims to produce food while establishing an ecological balance. This includes healthy soil, air, climate and biodiversity. Eating more local food reduces CO2 emissions by reducing food miles — the distance food travels from farm to consumer.

• How far did it travel to get to the store/table? The further, the less favourable. But how much difference can one person really make?

One person alone can’t make a significant impact on climate change, the food chain, and certainly not global warming. It’s a massive pandemic that demands action from leaders and policy-makers at the highest level. But it’s like Loren Eiseley’s story of the boy with the starfish: ‘The boy bent down, picked up yet another starfish and threw it as far as he could into the ocean. Then he turned, smiled and said, “It made a difference to that one!”’

If humanity, responsible in part for contributing to this monumental crisis, can collectively change just 30% of our diet and sustainability outlook, we can make a dent in the overarching problem.