If you’ve ever reached for a lookalike item in a grocery store before realising there’s no meat in those nuggets or no dairy in that milk, you aren’t alone. Overseas this has served as the basis for a large-scale legal showdown – the dairy industry accusing the plant-based industry of piggybacking on terms like milk and cheese to sell their products.

Suddenly questioning how those seemingly simple terms are actually defined? According to Merriam Webster, “milk” has always encompassed “food produced from seeds” and the usage of “almond milk” dates back to the 15th century. Cheese has two accepted definitions:

That second definition has been referenced since the 1920s.

We decided to look under the hood of the global naming furore and what the labeling landscape looks like for South African consumers.

In Europe, the use of dairy terms for non-animal products is mixed, but there is a specification that items like milk, cheese, yoghurt and butter only be used in reference to animal products. In the US, alternative dairy products may contain dairy terminology but must include the word “imitation”. However, this hasn’t been strictly enforced.

In South Africa, the current gazetted classes and standards for imitation dairy products permits the use of the “class” (milk, cheese, cream, yoghurt, etc.) to follow the “name of plant” – almond milk, for example.

What are the main issues?

The milk industry is predominantly against it, as it says that plant-based brands benefit from the association of these terms with dairy. There’s also the argument that it creates a misassumption about nutritional information – that someone may assume nut cheese has the same benefits as cow’s milk cheese, for example.

In a Linkage survey of an FDA study, consumers admitted to understanding that descriptor words like “nut, soy and hemp” made them aware that the milk or cheese wasn’t from a cow. So most customers do support the usage of familiar terms, but those who don’t say that the flavour profiles differ too much to be called the same thing. They also point out that it’s misleading, considering items like plant-based cheeses don’t handle cooking methods in the same way (melting, grilling, etc.) as their dairy counterparts.

Interestingly, the local arm of European brand giant Danone sees dairy and plant-based options as “two distinct but complementary pillars” (but only in SA) and continues to reference their plant-based alternatives under the brand Alpro as milk. Other large SA producers of dairy products, like Clover, have branched out to include their own offering of plant-based alternatives. 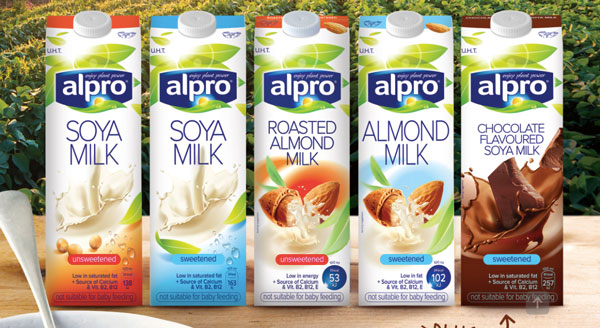 Resiliently, of course. Though SA isn’t yet affected by a multi-million-dollar dairy industry calling dibs on their favourite words in the dictionary, South African entrepreneurs have gotten creative with naming and labelling. Here are just a few examples of how they’ve navigated the naming of their plant-based dairy alternative products (most still include the words cheese, milk or yoghurt on their product).

OkJa is a clean-label oat milk brand launched by Rui Esteves (of Vida and &Union fame). On their boxes, they call it m*lk. Because they can.

Based in Stellenbosch, TATAMOO makes its aged macadamia nut cheese in the same ways used for traditional dairy-based cheese.

Wot No Dairy is a range of tasty yoghurt-style desserts made from highly nutritious pea protein and sweetened with fruit juice.

3 food and drinks trends we predict for 2022