What is South Africa’s most iconic wine?

As trite and new-age as it might sound, there is something fundamentally restorative about time spent in the bush. It’s a full service for the soul, allowing perspective on life from a welcome distance. Which in turn leads to questions at the heart of our very existence, such as this: what is South Africa’s most iconic wine?

I was at the Mabula Game Lodge last weekend when this particular question arose. I was enjoying several glasses of chardonnay as the sun set on another memorable game drive. Different suggestions were thrown about as the debate on icons gathered steam, and when no one could settle on a winner, I sent out a few messages to the wine industry in search of consensus. Of which there was none, unsurprisingly.

Join the Food24 Wine Club before the end of August and get a free magnum of Uitkyk Carlonet! Here’s how to sign up.

Cape Wine Auction founder Mike Ratcliffe raised the most relevant question: what defines the iconic wine? Is it South Africa’s best known? Most produced? The one with most awards, greatest story, highest price? There are arguments to be made for assorted criteria, and I’d suggest it’s a combination of many of those – but exactly what, and how you weigh up those criteria, is as subjective as the myriad of awards that set out to define a wine’s quality. Not that that shouldn’t stop the debate – diversity of opinion sits at the heart of the wine industry, which would be a very boring place if we all had identical palates. And so I’ll continue it here, and invite you to join in.

The initial question had arisen in part from Mabula’s wine list, which had included a genuine contender for icon status: the Meerlust Rubicon, for so long the high mark in both quality and price for red blends. There are now considerably more expensive wines to be found, and contenders aplenty for South Africa’s marquee red blend – Waterford’s Jem, the Anthonij Rupert blend, De Toren Book 17, Rust en Vrede 1694, the Vilafonte M and C, amongst a hefty list – but there’s still a prestige and history to the Rubicon that sets it apart, and the 2015 vintage is quite superb. There’s also a case to be made for the 2015 Paul Sauer, the triumphant Kanonkop release that achieved the miraculous full house of a hundred points, and has turned into the unicorn of local wine as a result. It’s exceptional wine, certainly, but South Africa’s definitive icon? Not just yet.

There was support for some older wine, with a couple of votes for the near-mythical GS 66, a wine with a story shrouded in mystery and intrigue. I won’t attempt to summarise it here; when you have a moment, read this piece on Wine Cellar from a few years ago for a fascinating slice of South African wine history. 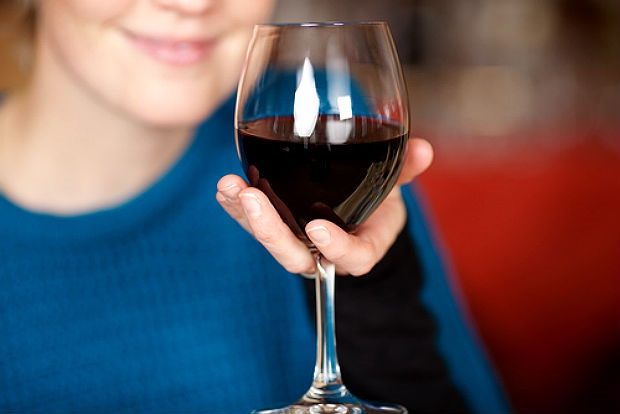 There was support for some more blue-collar pillars of the local industry, and Tassenberg in particular, but while there’s no question of its enduring presence in the university student’s staple diet, I’m not sure it’s the definitive icon either. I’ll opt for the same wine several industry heavyweights did, a wine that found its way into the writing of Jane Austen, made its way to Napoleon’s island exile on St. Helena (in sufficient volumes to suggest he bathed in the stuff), and first put the South African wine industry on the world map. And, centuries later, Klein Constantia’s Vin de Constance is still dazzling palates everywhere, the headline act in South Africa’s underrated sweet wine market. I’ll pick it as our iconic wine, then, although there’s sure to be disagreement – but, then, that’s the real beauty of wine.

What I’m drinking this week: You’ve probably not heard of Litigo, and you’re most unlikely to get your hands on any, given the miniscule production scale. But you may well have tried some associated wine: Crystallum’s Peter-Allan Finlayson makes this most boutique of pinot noirs in the Hemel-en-Aarde Valley. And given the combination of terroir and winemaker, the results are unsurprisingly good: a soft, rich, slightly earthy creation that adds to the valley’s extraordinary pinot noir story. I’ve got no idea how to get hold of it (chef David Higgs shared his sole bottle with me), but don’t turn it down if you do somehow come across the Litigo.