Tintswalo Atlantic has to be one of the most breathtaking establishments in South Africa; perched quite literally a stone’s throw from the water, on a small strip of the Table Mountain National Park below the Chapman’s Peak road. It’s a favourite getaway among international celebs who like to keep a low profile and locals who want to escape the chaos of daily life. Because a visit to Tintswalo has a way of magically melting away one’s worries. There’s simply no way you can’t leave without feeling rejuvenated and relaxed. Guy started at Tintswalo in 2017 following a period of career growth abroad. He has just launched their new Winter menus which includes a 3-course lunch (R590 per person) or a 5-course dinner (R830 per person).

I went to experience the lunch and while I understand that Guy wanted us to get to taste as much of the food as possible, I think it was a mistake to serve us a 4-course mix of the four menus. There was sadly no real concept or approach to the food we had, with no story behind each dish or its raison d’être. Wine pairings are offered and I was grateful to have had the opportunity to taste the Arendsig unwooded Chardonnay for the first time (label didn’t have the vintage on it and I forgot to ask the sommelier). 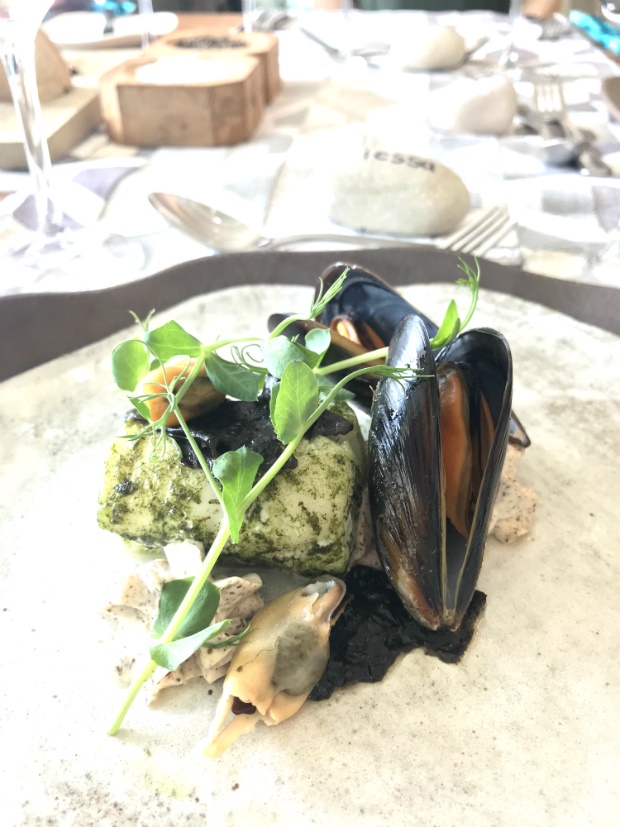 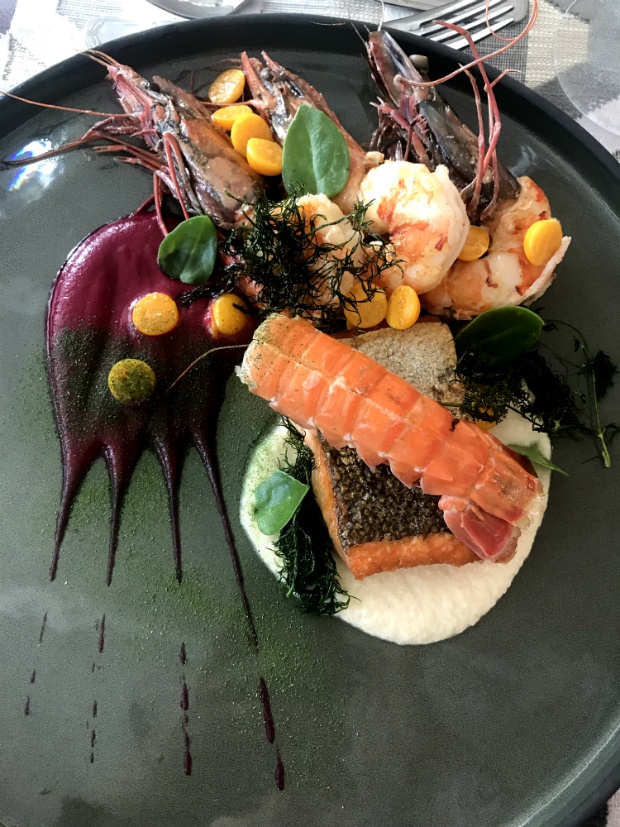 Tiger prawns, langoustine and sea trout was a bit OTT in terms of all the seafood and components on the  plate – diluting the essence of the dish. Variations of Valrhona chocolate – by far the standout dish and not just because it was sweet. The ice cream was superbly flavoured and had a deliciously creamy texture that contrasted nicely with the crumbly brownie pieces.
It was pleasing to know that Tinstwalo are shedding a light on environmental issues with their use of good quality paper napkins and each of us received a glass straw as a gift. Small changes that make a difference.