Nelson Mandela's personal chef, Xoliswa Ndoyiya is back in the kitchen recreating some of Madiba's favourite dishes for everyone.

Chef Xoliswa Ndoyiya cooked for Nelson Mandela and his family for two decades and co-authored the cookbook Ukutja Kwasekhaya: Tastes From Nelson Mandela’s Kitchen. Hailing from Komani in the Eastern Cape, her specialty is traditional Xhosa food, although she is classically trained in other cuisines.

Since Madiba’s passing in 2013, Mam Xoli (as she’s affectionately known) was briefly employed at the Department of Public Works before joining the presidency cooking team for former President Jacob Zuma. She cooked for the presidency until shortly after President Cyril Ramaphosa began his term in 2018. Having been unemployed for three years, a time she describes as the hardest of her life, she is happy to be back in the kitchen.

Mam Xoli is Chef De Tournant at Sanctuary Mandela’s Insights Restaurant. Sanctuary Mandela is the new hotel in Houghton, erected from what used to be Nelson Mandela’s home from 1992 to 1998. Here, she is helping to refine some of Madiba’s favourite dishes for everyone. And she gets to relive the memories of her time with the president all over again. She shares some of those stories with us. 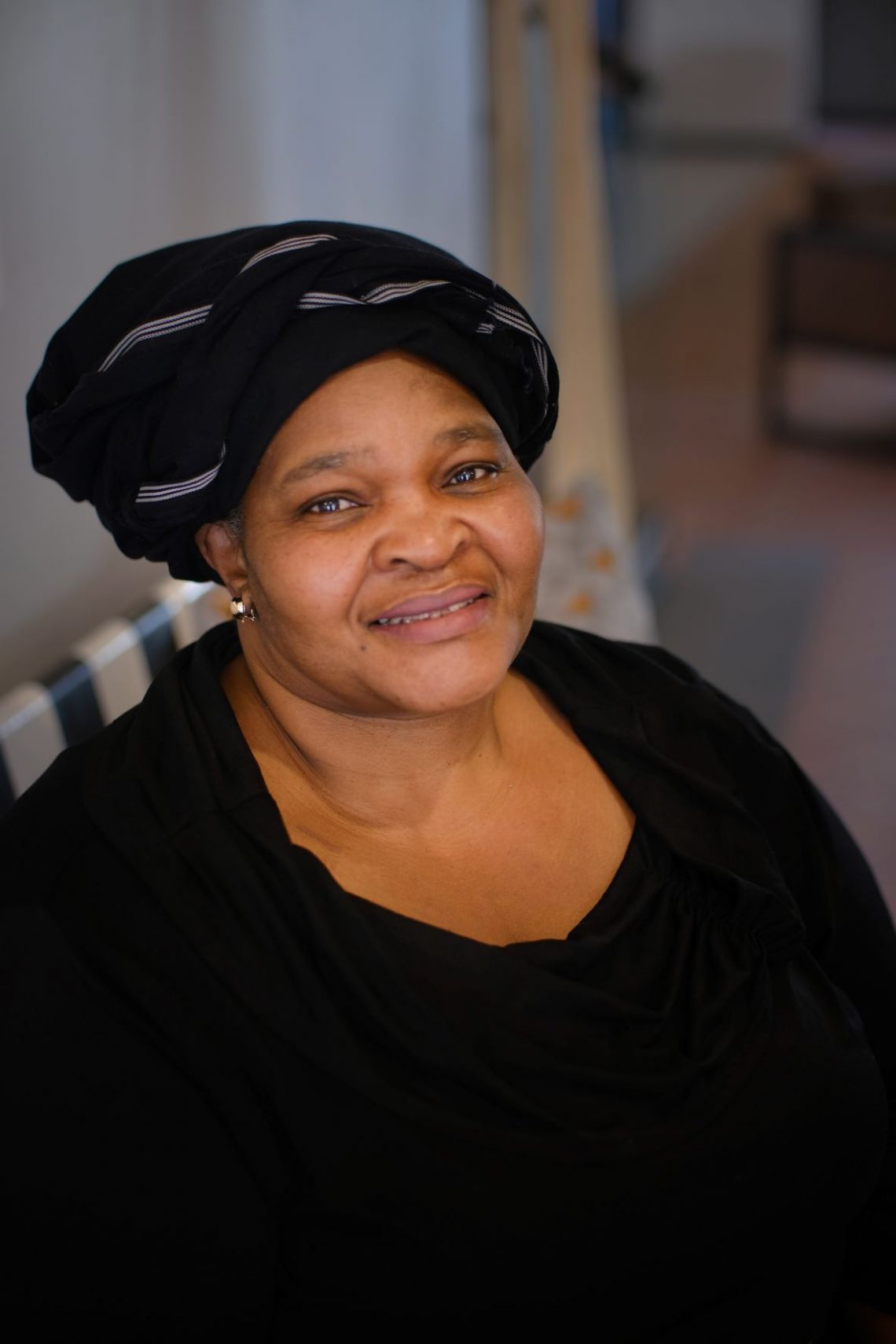 What was interviewing for one of the highest-profile jobs in the country like?

My homegirl Nomandla Gloria Nocanda told me of an amazing job opportunity at Shell House (the former ANC headquarters in Johannesburg). When I got there, I had a gruelling session with the security personnel, which made me feel intimidated. Among the many questions, I was asked was what I would do if I was suddenly distracted from cooking for a high-profile person in the country. I said: “There’s no way I can leave the kitchen if I’m cooking for a high profile person.” They all put their pens down and that was an indication that had I said something right.

From there I was taken to Madiba’s house, where we are now. At the time I didn’t know we were going to meet him. I had no idea who this high-profile person was. I thought we were going to meet Gloria, who had recommended me. When we got there, I was taken through the kitchen to the lounge with glass doors. Then I saw him. I froze. I was stunned. I was asked to come in. Tata stood up and stretched his arm to greet me. I didn’t know whether to keep my eyes down or not. My hands were shaking. I was trembling. He knew my name was Xoli because he had already been briefed. He inquired about my clan name, my surname and where I come from. He then said: “I believe you’re a great cook. Do you think you can cook our home food?” I said: “Yes, Tata.” I didn’t hesitate. And he said: “You’ve got the job.”

Of the meals you have cooked for uTata, which one is the most memorable?

I had to cook umphokoqo (fluffy and flaky mealie pap, served with sour milk) when I was told that Tata craved it while he was in London. I had gone home for some time off while he was outside the country. On my second day home, I got the call to come back to Joburg to cook. Tata’s sour milk is not wet – it’s dry like cottage cheese. It has to come from the calabash. What we do is ferment cow’s milk and take the part with no whey that is solid and very, very sour. That is how you know it’s ready and how Tata likes it. This goes into the calabash. We packed all this up with umphokoqo and labelled it “The president’s medication”. And away it went to London.

What would he enjoy eating around Christmas?

In Qunu with his family, we would have to cook a variety of meals to accommodate all his family, anything from turkey and roast meat to rolled beef with stuffing. But he would only celebrate Christmas in the evening with his family. During the day, he was celebrating Christmas with the people of the village, giving gifts to the children. 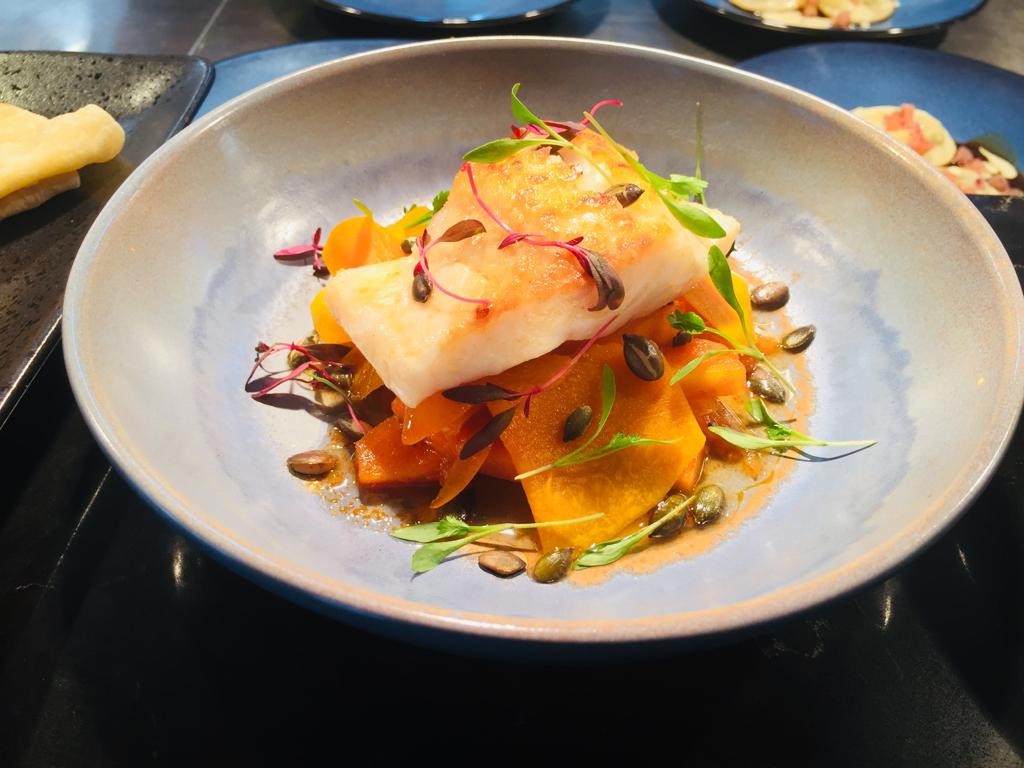 It’s comfort food. It’s comforting and makes you feel comfortable as well. That’s why Tata invited people to his house – because he wanted to give people comfort. The food would also make people feel comfortable around him. This house and this restaurant remind me a lot of what he used to do: calling people over to his home. Tata used to get invited to different events. He would eat there, but he would leave space for some home food. He was comfortable eating at his own home. He would come back home, take off his jacket, go to the dining room and eat what we had cooked for him at home.

I tend to thrive with very little in the kitchen. That is when I get creative and that’s how I knew I have a knack for cooking. I need to be comfortable in the kitchen, so I need space. I can cook under pressure, but when I do something that I I love, I need to take my time. I can also cook with anybody in the kitchen.

Of the dishes chosen and refined for the Insights menu, which one stands out?

Bread is my weakness. Home-baked, pot-baked bread. Tata would have his with marmalade as a snack. I like grilled fish too, with a salad or umfino when I’m at home.

Are there dreams you still have for yourself?

I still have a dream to have my own African restaurant, which I will call Ukutja Kwasekhaya. With it, I hope to continue reliving the memories of having cooked for Tata. I hope to do this for the children as well, like Tata did. Whenever he’d have businesspeople over, after they left, he would come to me and say: “Because of the food you cooked today, we have secured funding to take children to school.”

Hot off the pass: Eat Out announces best restaurants in SA

5 essential kitchen tools every cook should have in their kitchen