Cream liqueurs have long since been a part of the South African dining and drinking landscape. From the most internationally recognised brands to the locally produced and curiously flavoured, most of us have at least tasted a cream liqueur. Its popularity is due to its sweet creamy texture which some of us adore, and the liqueur’s versatility has also earned it pride of place in our kitchens and bars. 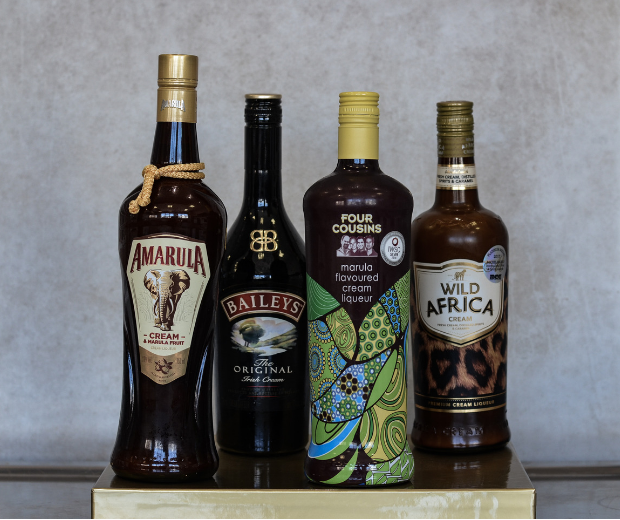 We decided to taste these three products (as well as the world’s leading brand of cream liqueur, Bailey’s Irish Cream) to see which ones we liked best.

Bailey’s Irish Cream
Producer: Diageo, Ireland
Average price: R219/750ml
The most premium in the lineup, Bailey’s is almost twice as expensive as the cheapest in the group (Wild Africa). It performed well in Texture and Creaminess scoring an 8/10. Testers said: “Mildest taste regarding alcohol which is nice for a soft, easy drinking dessert type liqueur” and also “I was surprised at the creaminess because it looked a bit watery.”
Overall score: 76/100 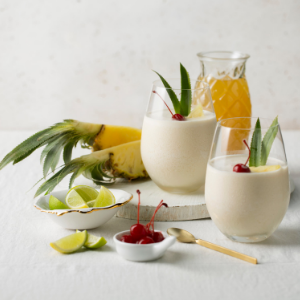 Wild Africa Cream
Producer: KWV
Average price: R109/750ml
Recently, and mercifully rebranded, Wild Africa Cream performed well in all categories, performing the best in Appearance overall. It is also the most affordably priced, and testers said “I could drink this forever” and “A bit strong on the alcohol but it’s nice.”
Overall score: 78/100

Amarula Cream
Producer: Distell
Average price: R139/750ml
Amarula is the most commercially successful in the category, and we expected it to perform very well. However, it lost points for its darker, almost reddish appearance and thin, watery texture. The alcohol flavour came through very distinctly, with testers saying “I was surprised at the creaminess because it looked a bit watery” and “The colour was a bit off-putting”.
Overall score: 66/100

Four Cousins Marula Cream Liqueur
Producer: Van Loveren Family Vineyards
Average price: R119/750ml
The wine producing giant, Four Cousins, has got its eye on the liqueur market with its Marula Cream Liqueur. Four Cousins performed well in Appearance (8/10) and Flavour (7/10) with testers commenting, “Love the creaminess. Would work great with crush iced” and “This is my favourite so far – creamy and not too alcoholic. But it may become too creamy and sweet after a while.” Our favourite comment of the day: “What is this? I need the name now please”.
Overall score: 75/100 Here are the rules:
-All testers tasted all 4 samples
-Samples were not labelled and tasted in random order.
-Each sample was tested on Appearance, Flavour, Texture and creaminess and Strength of alcohol taste.

Special thanks to Four Cousins and Wild Africa for generously contributing samples for this test, however this did not in any way affect the results of this blind taste test.

ALSO READ: Supermarket milk tarts: We found the best one and it’s actually cheaper than all the others

5 Speedy and effortless pasta recipes you need in your life