Three Wise Monkeys opened last week, or was it the week before? Then they closed for three days and then reopened. Changing Facebook updates, and not responding to messages had me slightly frustrated, but the aloofness only added to their seemingly underground restaurant style, and I can’t fault them on that. Playing hard to get in the restaurant scene works just the same as personal relationships, it creates mystery and intrigue and essentially pulls you in. And so I eagerly went for dinner last Friday evening when they reopened their doors.

They started with a series of dry runs, which I am told are still taking place until they find their feet and get things polished. Seelan Sundoo, a familiar name in the Cape Town restaurant scene, has partnered up with Ash Mair and Richard Charlton, keeping in line with the ancient Japanese proverb, as the three wise restaurant owners. 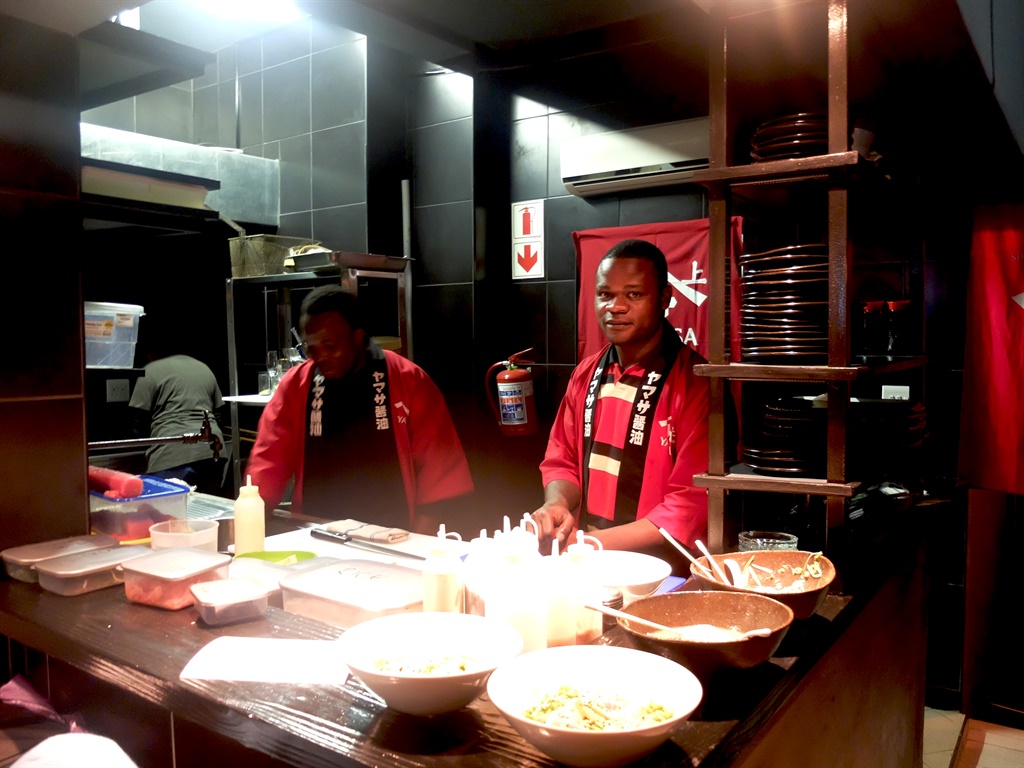 When we arrived at 7pm, the place was already full so we were told to go for a drink and come back in 30 minutes to check if there  was a table available. The waiting list started stacking up after we put our names down so I would definitely suggest getting there early (they open at 6pm). It’s a fairly small place and tables didn’t seem to turn quickly despite the set-up and food service – enabling a swift flow of diners. Weeknights are probably different though. 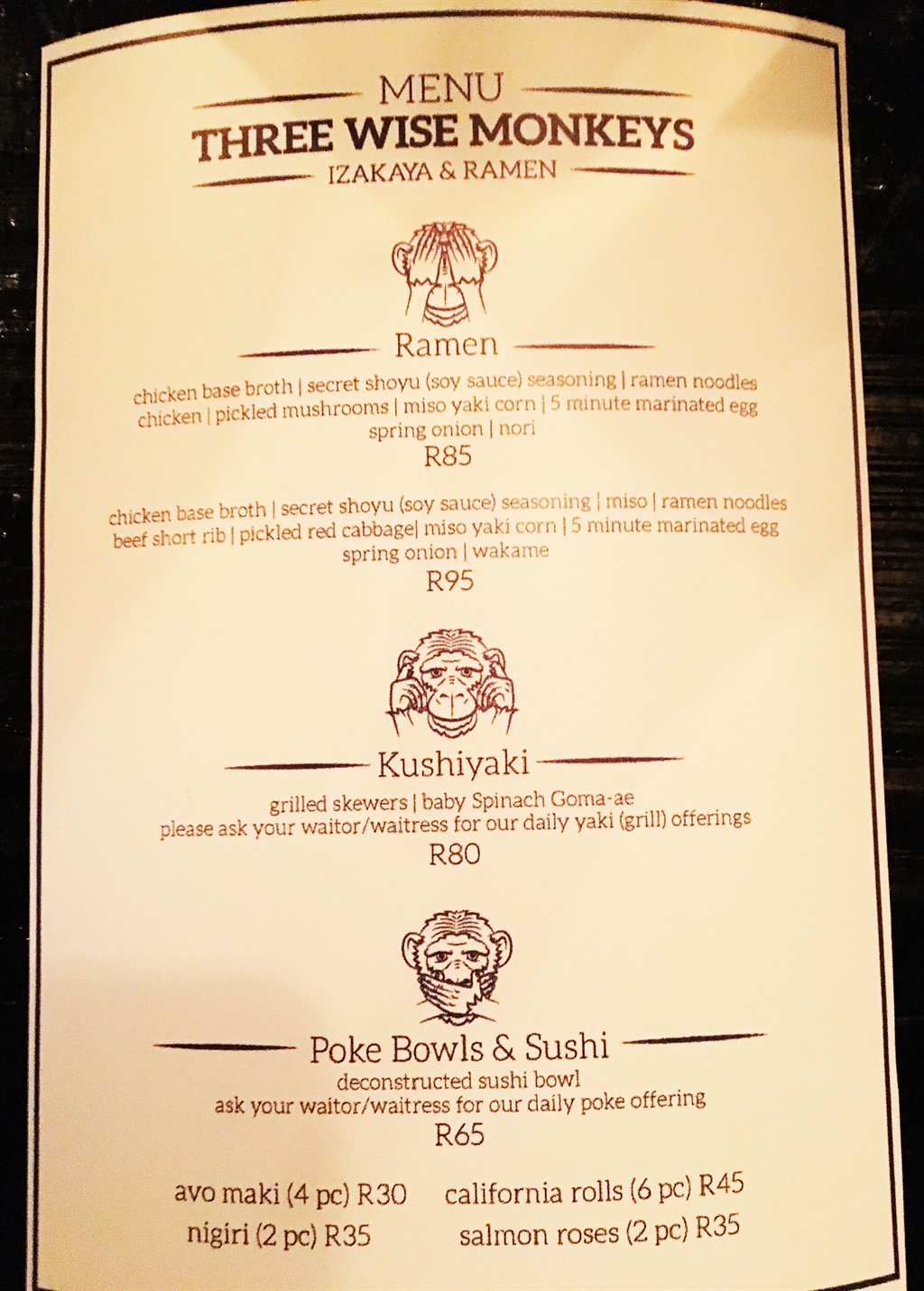 We ordered one poké bowl  – a deconstructed sushi bowl hailing from Hawaii but similar to the Japanese chirashi – and two bowls of chicken ramen. The poké bowl consisted of tuna, salmon, avo, cucumber, edamame and spring onion, with a very spicy mayo drizzled on top. I loved this dish but unfortunately my fellow diner does not do spicy so we had to order a second one. The sushi was great quality and thinly sliced and ingredients were fresh.

READ: What the heck is ramen and why should you care? The ramen was tasty with a fairly light yet flavoursome chicken broth. The added ingredients included miso yaki corn, spring onion, pickled purple cabbage, sweet corn, sprouts and of course egg noodles. The ramen also came with mushrooms although mine didn’t have any. Overall the ramen was a win and the nicest one I’ve had in Cape Town, despite the noodles being pretty stodgy –  I think this is only because the restaurant is still getting in the swing of things. The different textures and sweet and tang of the vegetables added a freshness to the broth and broke down the oiliness perfectly. Three Wise Monkeys feels like the start of a very popular restaurant. Sea Point locals will, I’m sure, be nipping in and out during weeknights for a quick dinner – food comes out fast.  Both the poké and the ramen portions are enough for a main meal, and for starters there are also regular California rolls. The restaurant currently does not have a liquor license so take your own, and get in early.

Do this tonight and dinner will taste better (true story)