Your go-to guide to making gnocchi

Brought to you by McCain

First things first: it’s probably a good idea to know how to say this delicate dish’s name. It’s pronounced “nyohk-kee”. The small little pillows of dough that are almost too simple to be delicious – and yet they are, if made well.

In Italy, gnocchi is usually served after the starters (antipasti) as a first course instead of pasta, but one can also enjoy it as a main course.

Gnocchi are small dumplings made with flour and potato. The traditional version keeps things straightforward, but you’ll often find variations on the theme with some recipes calling for eggs as a binding agent, ricotta cheese (in the case of gnudi) or even choux pastry as a base (called gnocchi Parisienne). For this guide, though, we’re going to keep it uncomplicated and focus on the basics.

Ever wonder how gnocchi came about? The dish is said to have originated in northern Italy, where it’s a bit colder and therefore is a good climate for growing potatoes. And, as is always the case, Italy’s regional cooking means that different areas will have a different way of cooking or serving it. 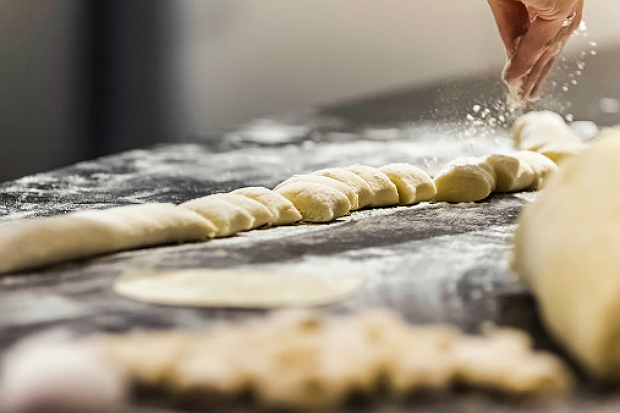 How not to mess it up…

The main thing to aim for when cooking gnocchi is a light, soft and fluffy texture. This can be achieved by not adding too much flour to the dough and ensuring you don’t knead it.

1. Variety of potato
If you’re serious about going for gnocchi gold, you’ll want to look for a dry and starchy type of potato, like a russet potato. You can also use frozen potatoes. By keeping a bag of McCain Diced Potato in your freezer, you’ll be able to whip up some gnocchi whenever the craving strikes.

The trick is to keep the potatoes dry so that the end result is a fluffy and melt-in-the-mouth experience. To do this, bake your potatoes and pierce them with a fork so more moisture is allowed to escape when cooking. If using frozen McCain Diced Potato, follow the oven-cooking instructions on the package.

3. Make the dough while the potatoes are still hot
This might sound silly (and cruel) because handling the temperature of a hot potato isn’t fun. But this is a must if you don’t want the potatoes to turn gluey. Push the cooked (hot!) potato through a fine sieve from a little height to get some air into it (this will add to the light texture). Never use a blender or a food processor – the potatoes will release too much starch, transforming them into a gloopy mess.

This is a step that’s often unfortunately forgotten. Always remember to add salt to your dough! There’s nothing more soul-destroying than achieving a kick-ass texture with a bland flavour. You’ll want to cry into your sauce.

5. Do not knead your dough

This will activate the gluten, resulting in a dreadful chewy gnocchi. You want the final dough to be soft, smooth, and a little sticky. You can add a smidgen of flour if you think it’s a bit too sticky, but never overdo it.

When cutting and shaping your gnocchi, it’s sometimes advisable to create little ridges on them with a fork. It will create more surface area, meaning more space to hold a thick sauce.

TIP: Don’t leave fresh gnocchi in the fridge for more than three hours, as they’ll get soggy. If you aren’t going to cook it within this time frame, rather freeze the gnocchi on a large baking sheet lined with some baking paper and oil. Once frozen solid, you can package them in a smaller container and cook from frozen when needed.

Bring a large pot of salted water to a gentle simmer. Don’t allow it to come to a rapid boil, as this will make the gnocchi fall apart. You’ll know the little pillows of gnocchi are done when they float to the top. Scoop them up with a slotted spoon and serve straight away with your preferred sauce, or pop them into a cold water bath before briefly frying in a hot pan to achieve a crispy outer layer. 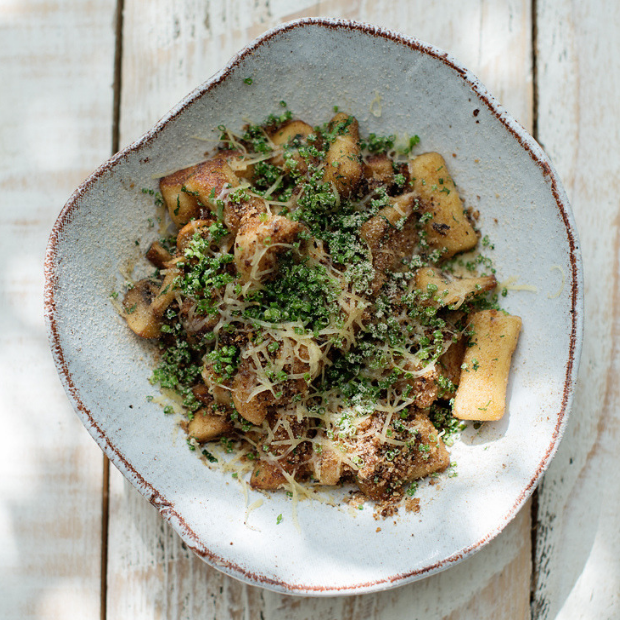 Partner content: Izane Crous is leading the way for women in local agriculture