Without wasps we wouldn’t have figs – here’s why

We usually to refer to figs as a fruit but in actual fact, they’re flowers – because they’re pollinated. We all know how pollination works; but figs bloom on the inside, making them inverted flowers. These flowers carry pollen and in order to fertilize the flower, they need a special pollination process and this is where wasps get involved.

The female fig wasp flies into what’s known as the male fig (caprifig) to lay her eggs (we don’t eat male figs, so relax!) But because the entrance is so small, the female wasp loses her wings and her antenna so there is no way for her to fly back out. She basically risks her life to give birth and pollinate the fig. Crazy, right?

Because male wasps are born blind and without wings, they will spend the rest of their lives digging tunnels throughout the fig, it is then up to the baby female wasps to fly out of the fig using one of these tunnels. They then carry the pollen to the next fig.

As mentioned earlier we don’t eat male figs, however we do eat female figs and sometimes the fig wasp mistakenly flies into a female fig and sadly dies which is unfortunate but necessary as that’s how she delivers pollen from her ‘birth fig’ to the new fig.

Back to our question – does this mean we are eating dead figs when we eat figs, and what are those crunchy bits inside them? Surely those are not dead wasps?

The fig uses enzymes call ficin which help to break down most of the dead wasp into protein. So yes we are in fact eating dead fig wasps, or at least what was once a fig wasp.

Without wasps, we wouldn’t have figs and without figs, the fig wasp wouldn’t survive so thank you wasps for the sacrifices!

Now if you’re still as keen on figs as we are here are a few fig recipes you should try! Fig and quinoa salad with walnuts 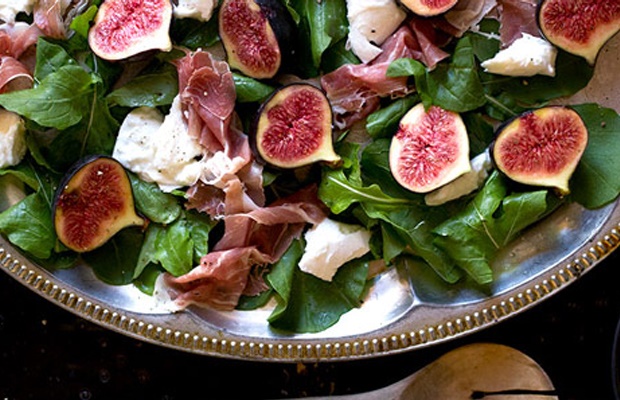 03:00 With a sharp knife, score the fat side of your Certified Natural Lamb ribs in a diamond shape. That will give the fat a chance to render nicely. Season the ribs with a combination of white pepper, salt and coriander.

The best spots to celebrate World Gin Day this year