Why are South Africans so obsessed with butternut?

I’m willing to bet a dinner – with wine pairing, at The Test Kitchen that you don’t know the history of what we affectionately call, Butternut. You are all (hopefully) familiar with the vegetable. In fact – it’s SA’s number one preference as a soup, according to Google. You’ve probably eaten it in salads, lasagnas, risottos, quiches, as the ostensibly healthy veggie chips and most likely even in puréed form as a baby. In a nutshell – South Africans love the orange Winter squash. Strangely though – we rarely serve it in desserts or sweet dishes like Americans do with their ubiquitous pumpkin pie.

Aside from butternut’s ability to keep for a really long time in the pantry, and the fact that it’s often quite cheap, our palates seem to have a real taste for it. Farmer’s Weekly published a great piece on the history of butternut. Did you know that it only came into existence in the mid-1940s? An American plant breeder by the name of Charles Leggett bred it as an answer to his problem (or opinion) that there wasn’t a good-tasting squash big enough for a family to eat.

Why the name butternut? The inside was found to be as smooth as butter and sweet as a nut, hence the name. Tip: the riper it is, the sweeter the flavour and the deeper the colour.

In a South African food article for Forbes, David Rosengarten says, “you will hardly see an African table anywhere in South Africa that does not have ‘butternut’ on it”. The reason it’s so popular? Until its emergence, the quality of pumpkin in South African was rather poor and so the deliciously sweet and strangely-shaped orange veggie became a better alternative. One of which we clearly cannot get enough!

Check out these 5 incredibly wholesome and delicious butternut-led recipes! 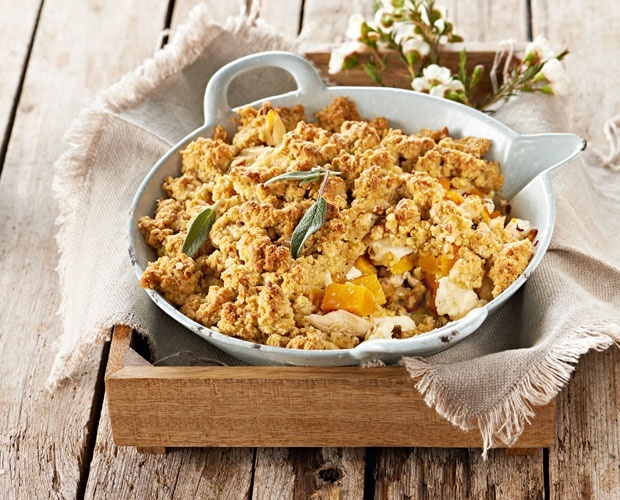 Compost your way through the rest of 2020 with bokashi

Papaya 101: What you need to know about this sweet tropical fruit available all year round