Is it really Christmas if there isn’t a cut of pork on the table? Here’s why the cut of ham is synonymous with festive time in SA.

Gammon at Christmas is a tried and tested tradition that is as South African as klippies and cola or the Kaapse Klopse. There are many ways to make it (more on that later) and it’s always a hit. Some families still have turkey or lamb in addition to gammon but, for many, the cured or smoked ham is the main attraction. So why exactly do we eat gammon at Christmas? Let’s explore.

We got it from Europe

We know that South Africa’s history is rich and varied and many of our customs and traditions are due to learning them from the first European settlers and then having them passed down through the ages.

It seems that in many European countries, ham is served for Christmas dinner and this tradition came from the Germanic pagan ritual of sacrificing a wild boar known as a sonargöltr to the Norse god Freyr (who is associated with virility, peace and prosperity, sunshine and fair weather, and good harvest) during harvest festivals. This tradition was then anglicised and adopted by Christians and became a popular way to celebrate St Stephen’s Day, which falls on 26 or 27 December.

So, with Christmas becoming more popular in other regions thanks to European settlers, traditions like this one became part and parcel of the way we celebrate Christmas. 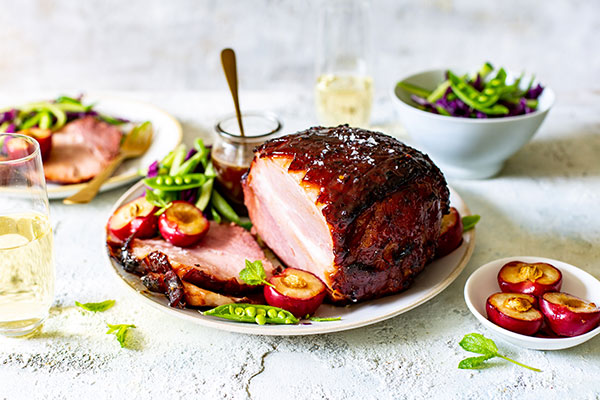 For Europeans and Americans, Christmas happens during winter and that calls for rich, heavy, comforting foods.

But we’re in Africa and it’s summertime on 25 December, so we don’t necessarily want a massive roast turkey or lamb with roast potatoes and all that heavy winter food that takes hours to cook in front of a hot stove while it’s sweltering outside. Gammon, which can still take time to prepare, isn’t as heavy or time-consuming as other meats.

Instead of massive legs of lamb and a huge turkey with stuffing and all the works, gammon is served with salads and other side dishes.

While we know that there are some stores selling gammon for a pretty penny, even if you compare those prices to those of turkey, lamb or duck, you’re getting a lot more bang for your buck. Gammon is a cheaper cut of pork meat that is delicious, can feed a large party of people and can last quite long if there are leftovers. 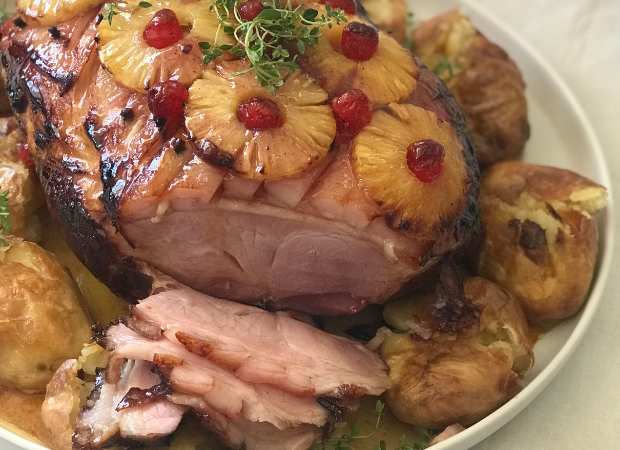 How do I prepare my gammon?

So now you know why this pork delicacy is on your plate during yuletide, how about some delicious recipes so you can prepare the best gammon for your family and friends this Christmas?

For the leftovers on Boxing Day:

Gammon buns with a cranberry and apple slaw