They range from spritzy blondes and rich ambers to punchy IPAs and stout, well, stouts. There is something for everyone and whenever I meet someone that says they don’t like beer, I usually say they just haven’t found the right style yet. The amazing thing is that all of these flavours come from just a few ingredients. It’s the variation on each ingredient that makes things so tasty. Let’s take a closer look. 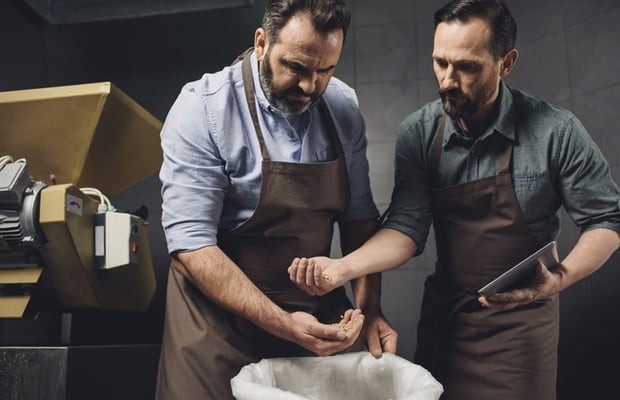 Barley is grown all over the world and it gives beer colour, flavour, aroma and body. Before it can be used, it needs to be malted or sprouted. After it’s malted, it’s heated to stop the growing process. The malt is then toasted to develop its biscuit-like character. If you’ve ever had a glass of Horlicks, then you’ll know exactly what I’m talking about. From there the malt can be roasted and this is where things get interesting. Roasting can range from a light toast to pitch black. Malted barley can also be roasted from wet which caramelises the sugars to give sweeter caramel flavours. The intensity of the roasting process produces different aromas and flavours. They range from bread, toast, biscuit, nuts, malt and honey to sweet and bittersweet caramel, toffee, plum, chocolate, coffee and smoke. Malted barley provides a sweet, complex base for beer. 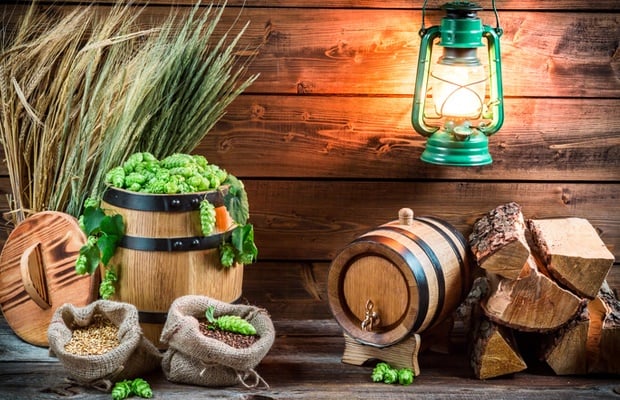 Hops are also grown all over the world and there is a huge variety. They are notoriously fickle and growing the same hop in different regions will produce very different results. When it comes to beer, hops are pure flavour bombs. They add tons of aroma, flavour and that all-important bitter bite to contrast the sweetness of malt. They’re like the spice rack in your kitchen with endless combinations. They can add flavours and aromas of every citrus and tropical fruit you can think of, as well as floral, piney, earthy, herbal and spicy characteristics. Their flavours and aromas are contained in acids and oils, which are extracted during the brewing process. Hops have been a huge factor in the craft beer revolution with America leading the charge with ultra-hoppy beers. Yeast is probably the most interesting beer ingredient because, for thousands of years, we didn’t know how it worked. It was this invisible force that just happened in the right conditions and the gods were often credited for the bubbling. It was only in the 1800s with the advent of microscopes that we figured out how it worked. Its primary job is to produce booze and bubbles but it also adds flavour. Fermentation produces esters, phenols as a by-product. Esters are fruity flavours like pear, peach, banana, raisin, plum and many more, while phenols are spicy or medicinal. Yeast flavours are only desirable in certain beer styles like German wheat beers or Belgian beers. When all of these ingredients and flavours come together you get the miracle of beer. Beers can either be malt forward, hop forward, or a balance of the two. Lagers are probably the best example of a balanced beer. Just enough malt to give a toasted character, that’s balanced with just enough hops to give it a bitter bite at the end. Hop forward beers like IPAs smash you with big aromas and flavours of fruity hops with a bitter snap. A malt forward beer like a stout is all about that warm roasted character with flavours of chocolate and coffee. As mentioned in the yeast section, German wheat beers have prominent yeasty notes like banana and clove. This is just a brief look at the magic and massive variety of beer flavours. Now consider there are over 100 styles of beer, and you start to see why craft beer is such a delicious adventure. Who’s thirsty?

Karl Tessendorf is one part of the duo that hosts ‘Beer Country’, South Africa’s first TV show dedicated to beer, braai and the open road.