With white Port becoming more readily available in SA, we take a closer look at why it’s becoming a popular tipple of choice.

When you think of Port, you probably conjure up images of a sweet, deep-red wine with a kick, but did you know that – like wine itself – Port can also be white?

To find out more about this unusual drink, as well as how to enjoy it, we chatted to Cathy Marston, the founder and head educator at The International Wine Education Centre (IWEC), a wine-and-spirits school where the world-class Wine & Spirits Education Trust (WSET) curriculum is taught.

Port is a sweet, fortified wine from Portugal. The fortified bit literally means “made stronger”, and what’s happened here is that the wine is “made stronger” by adding extra alcohol – in this case, brandy. A white Port is made from white grape varieties such as Malvasia or Gouveio as opposed to more traditional red grapes.

Do we make Port in South Africa?

Port is a protected term that can only be used for the fortified wines from the Douro region of Portugal, and although we do tend to use it in South Africa to describe our fortified wines, we shouldn’t do it, really!

Here in South Africa, we often use chenin blanc to make our port-style wines. There isn’t any difference in the winemaking process, but the European Union is very protective of the term. We use the word “Cape” to describe our port-style wines instead – Cape Ruby, Cape Vintage, Cape Tawny.

Our Port-style wines are actually very high quality and it can be very difficult to distinguish them from Portuguese versions. The most noticeable thing I always pick up on South African Port-style wines is a very distinctive orange peel note. No idea where it comes from, but I pick it up very clearly on all our best fortified red wines!

Is Port made the same way as wine?

[Yes, but] Port is made by stopping fermentation partway through. Fermentation is when yeast eats up sugar and turns it into alcohol, but this process can be halted in a couple of different ways. In Port winemaking, the yeast is killed by adding in so much alcohol that it just gives up and dies. Because this is done quite early on, the yeast didn’t get a chance to eat all the sugar, so a good dollop of it is left in the wine, making it sweet.

How does white Port differ to red Port?

Just different grapes, really. Red Port is made from a wide variety of grapes, such as Touriga Nacional, Touriga Franca and Tinta Roriz, to name but a few. It’s also more likely to be aged longer than white Port because the tannins that are found in the skins of black grapes will help to keep the wine longer than the white versions. 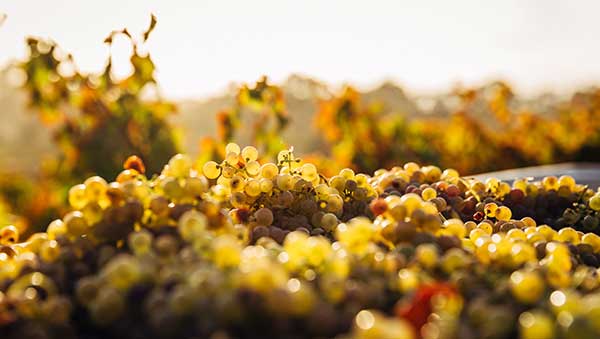 Why do you think white Port is gaining popularity in South Africa?

White Port is quite a trendy drink at the moment, mainly in cocktails and increasingly in single-serve cans. Because it has such a high alcohol level – and has so much sugar in it – it can handle all kinds of mixers added to it, as well as a wide range of flavours from herbs, fruits and spices. All these make a long, chilled drink perfect for warm South African summers.

What is the best way to consume white Port?

My favourite is Port Tonic – so white port poured over crushed ice with lemon wedges and fresh mint, all topped up with tonic water. Happy days!

If you’d like to learn more about Port and other wines, take a look at the IWEC courses at https://thewinecentre.co.za.