What does a crumbling food security system mean for South Africans?

With civil unrest and COVID causing massive uncertainty in our country right now, resulting in a lack of necessities such as food, we asked: is a food shortage imminent and what would it mean for South Africans?

It’s important to note that food security is based on six pillars. Dr Jane Battersby from UCT’s Department of Environmental and Geographical Science says these pillars are:

South Africa had a problem with food shortages long before COVID-19. When the pandemic hit, the situation only worsened. Last year, the National Income Dynamics Study (NIDS) did a Coronavirus Rapid Mobile Survey that assessed various factors in South Africa, among them hunger. What they found is that in the period of April/May 2021, approximately 10 million people were in a household that was affected by hunger. In addition, 14% of respondents indicated that their households included a child who had gone hungry in the past seven days – resulting in a figure of around three million children total.

Add the protests to these circumstances, and household food security will only become a greater concern in the days and weeks to come.

If we look at those six pillars, we can already see that the accessibility of food is a rising concern. In many areas of Durban as well as in Alexandra, Joburg, scores of people are queuing for basic ingredients such as bread and milk – and, when they eventually do reach the front of the queue, they aren’t able to purchase even those.

Miles Khubeka, author and social entrepreneur, makes the point that the only businesses you’ll find in townships are those of retailers and shebeens, and most people buy their basic foodstuffs as well as receive their grants and food parcels from these retailers. “Now, most of these retailers have closed due to the riots and those who weren’t destroyed are closed due to fear of being looted. The ones who are open are raising their prices exponentially due to increased demand,” he explains.

In terms of the availability of food, Dr Battersby says, in the longer term, we must consider the amount of produce that is going to waste as it can’t be transported to market as well as the retailers that will have to close, resulting in job losses. Miles also highlights the probability of an increase in unemployment. “One can argue that many of the underlying economic and social issues that we face in our country were major contributors to the riots that we have seen in the last few days. Unemployment, poverty and hunger to name a few,” he says. “What the riots have done is just further exacerbated these issues. So it’s easy to predict that what we can expect is an increase in unemployment as a result of the closing down of many businesses.” This will also lead to an increase in crime and more children dropping out of the education system.

The damage to property and the resulting loss of infrastructure falls under the pillar of utilisation. We can therefore see that after only a few days of disruption, South Africa’s food security has been placed under immense strain.

Dr Battersby says we need to interrogate the structure of our food system and how small-scale and informal producers and traders could help in making this system more resilient. “The SA food system is highly concentrated and that, I think, makes it brittle and vulnerable to crises,” she explains. 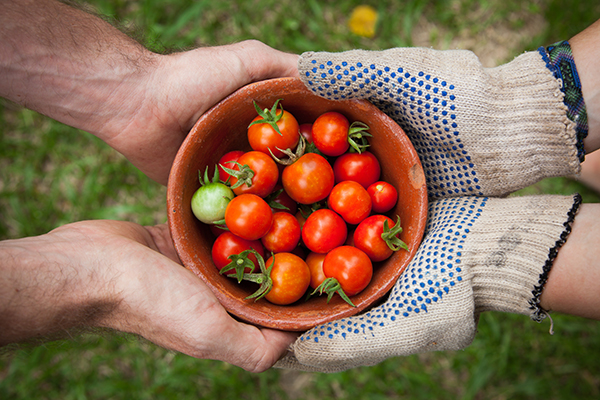 For those who want to help, she says now is the time to be led by community structures that are best placed to assist the local community. Miles would also rather focus on the solutions than the dire situation in which South Africa finds itself now. “This year when we hit level 4 of Lockdown, not as much as one food parcel was sent out. Last year’s success was not that of the SANDF but the millions of food parcels, soup kitchen warriors and community-based organisations as well as average South Africans who helped feed the hungry. With that said, I would implore those who would like to contribute to the many organisations helping to feed those in need. I work with an organisation called SA Harvest, which has already provided 5.1 million meals during Lockdown alone.”

For more ideas around which organisations are looking for donations, see this list of organisations that are providing food, funds and other supplies to residents in Durban.