Bigger and better, this second offering is about celebrating special events, big or small.

The concept of a “lazy makoti” (a lazy bride) is a catchy, amusing and endearing sentiment. When attached to a cookbook brimming with deliciousness and thoughtful practicality, it speaks to the dormant or overt “lazy makotis” in many of us (married or unmarried) needing a hand with the anxieties of the kitchen.

This is why chef Mogau Seshoene’s trademark and first cookbook, The Lazy Makoti’s Guide to the Kitchen (2018), still resonates with so many. A local bestseller, it went on to win numerous accolades, including the prestigious Gourmand World Cookbook Award.

Three years later, Mogau is extending her winning formula with a new cookbook called Hosting with the Lazy Makoti – A Celebration of Food. And the naming this second time around is just as important. 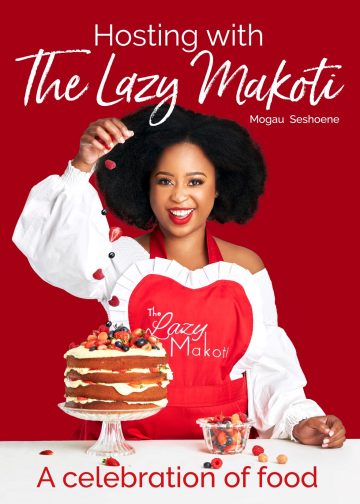 “The second book took a while to name. I wanted a name that truly captured the essence of this book. And once we began shooting and seeing all those delicious ingredients and recipes come alive, it made everything feel like such a celebration,” Mogau says.

“We were so happy and fulfilled. And with the past two years that we have all had, I think we have had to learn that every day really is a celebration.”

The new book is bigger and better, with 11 chapters and over 100 recipes. It is partly informed by the feedback Mogau received from the first book and the experiences of her lockdown Instagram live cookalongs. There were requests for plant-based recipes, to which Mogau has dedicated a chapter.

The focus is on celebrating special events. Expect recipes for occasions ranging from an easy breakfast with your partner, the weekly dinner with the family or a weekend braai to all the other big celebrations like Easter and Christmas. The Lazy Makoti has become synonymous with recipes inspired by love, family and heritage.
“My happiest and fondest memories are in my mother and grandma’s kitchen. It’s a feeling that was always precious no matter what was on the table. It’s something I would love to help everyone be able to create with their own loved ones,” says Mogau. 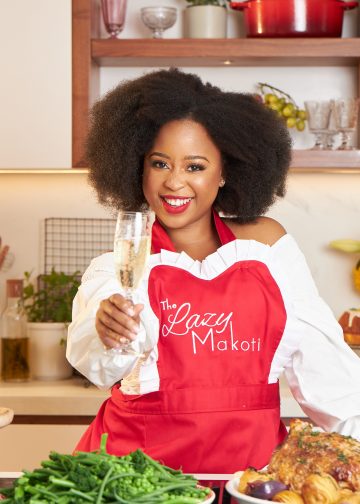 More of her quick and easy weekday dinners, weekend grub, proudly South African and African dishes, simple bakes and desserts as well as her Seven Colours Sunday lunches are also included in the book.

While Mogau’s voice remains the same, she feels her relationship with her audience has evolved.

“I know and understand my audience better. Something as simple as the language of a book – from having recipes written in millilitres (that calls for measuring cups) as opposed to in grams (that calls for a kitchen scale, which most people don’t have in their homes) – is important. I took note of those little nuances that keep people out instead of drawing them in,” she says.

Connecting with people live on the cookalongs also ignited Mogau’s love for teaching and sharing. The timing for a second book felt right and with it she hopes to spread joy. “I’d love for every kitchen in every home to be a happy place,” she beams.

Hosting with the Lazy Makoti – A Celebration of Food is published by Jonathan Ball and will be available in all major bookstores from 20 October.

Stay tuned to Food24 for some recipe sneak peeks from the book!