by Eugene Yiga
in Food News
0

Bree Street may be the cool kid on the block but Cape Town’s Long Street will be the scene of the country’s first dedicated Tea Bar.

What can people expect from the Tea Bar?

We want to do for tea what Starbucks did for coffee. Our teas will be takeaway in all the fun, devious, decadent, and healthy ways people need. Think Spiced Chai Lattes, Strawberry Cream Chinnos, Matcha Lattes, London Fog, Black Sesame Seed Roasted Hazelnut teas, Iced Tea Slushies, Tea Frappes, and the like.

How will you change perceptions?

People have some negative connotations with green tea, for example thinking it’s bitter. This is just because it’s been made incorrectly. It’s the same as saying you don’t like coffee when all you know is instant coffee. We are here to re-educate people and show them how tea can and should be done. 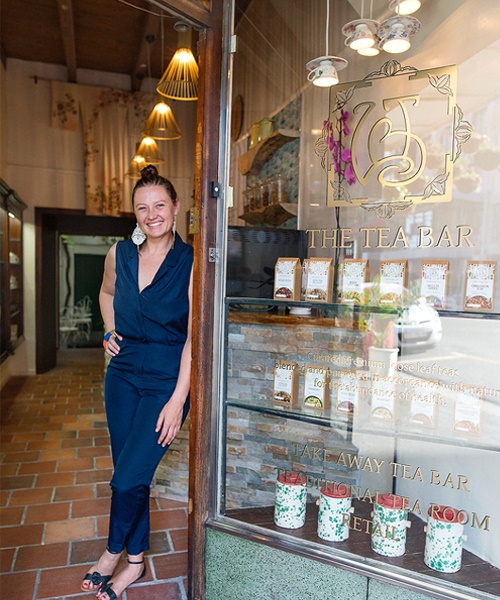 Which other misconceptions about tea would you like to change?

People don’t question choosing good coffee or going that extra little bit to make it better at home. The same can be said and done for tea. It just requires people experiencing it in its myriad of possibilities, and we will facilitate that, allowing the at-home integration to be seamless. It’s a mindfulness and change of behaviour that produces a world of difference.

Who are your customers?

Our current customers are predominantly between the age of 25 and 40, followed by a younger market of 18 to 24 year olds. They’re generally health conscious and make good choices in their well being. We also have a large percentage of people trying to make the move to a healthier lifestyle and use tea as a means to do so. We want to expand on this.

How will you sell them on the idea that tea is better than coffee?

There are over 2000 beneficial chemicals in the tea plant alone. The caffeine in tea is also different to that in coffee. Where coffee stimulates your adrenal glands, putting your body into a fight or flight mode that always results in a come-down, tea works as a muscular stimulant, leaving your adrenals alone. This means there is no high and no low, just sustainable energy and focus. It’s far more conducive to productivity.

What do you love most about tea?

There is a tea for all ills; it’s an incredibly adaptable plant. Tea has been used as a medicine for over 4000 years, has been incorporated into Zen and Buddhist practices, opened trade routes, and employs millions around the world. This isn’t just because it tastes good. Tea brings harmony. It’s an elixir that outshines them all.