REVIEW: 44 Stanley’s Calexico is the perfect spot to serenade Spring

by Gayle Edmunds
in Food News
0

ALSO READ: Old faithfuls: 8 Joburg restaurants that have stood the test of time

With its newly spruced-up pavements and freshly demarcated parking spots, 44 Stanley is looking cooler than ever. Adding to the reasons to hang out there is the newcomer, Calexico. The perfect place for an after-work drink and a sharing meal, or a chilled lunch with friends and live music.

The restaurant and vinyl lounge is named after – and inspired by – the border town of the same name that connects California in the US with Mexico. Hence, Calexico. The band of the same name inspires the vinyl lounge bit of the name. This band from Arizona in the US delivers a blend of Americana, Indie, country, folk and Latin rock, which is the style of music played while you indulge in the delicious fusion food. On the day I was slightly late for lunch, and was a bit panicked at the thought of missing out. I need not have worried – the tables were heaving with food. There were delicious nachos with a tasty roughly mashed guacamole; quesadillas with feta, spinach and sun-dried tomato; and a hot artichoke and jalapeño dip with tortilla chips. The main courses – to share – were a wild mushroom skewer (very satisfying); chipotle rotisserie chicken (nice, but not the stand-out favourite); pork ribs (the best I have had in a good while with homemade barbeque sauce, not the gooey stuff that often passes for BBQ basting); and sirloin steak with chimchurri.

On the side were tasty salt and vinegar shoestring fries, along with a fresh and crunchy apple, celery, fennel and cabbage slaw; seared corn on the cob with hot lime flavours and; a real guilty pleasure, mac and cheese. Mac and cheese is a favourite side dish in America, for the rest of us it is a full meal. 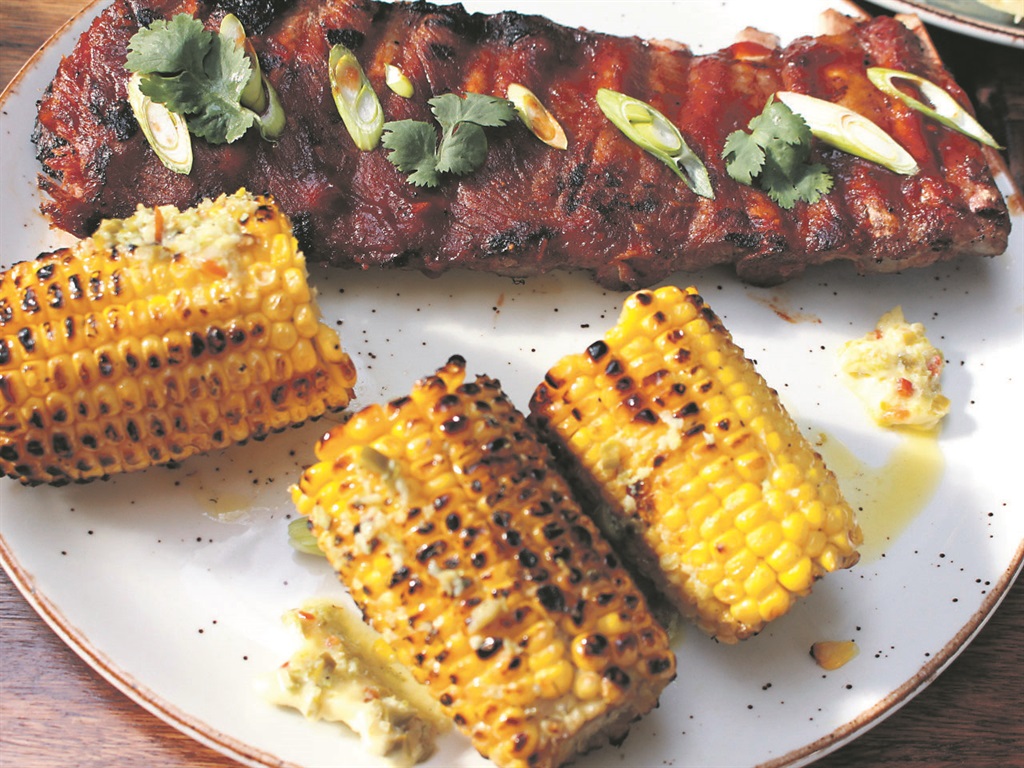 After this feast of blended flavours, pudding was a simple affair: brownies and apple pie, both served with ice cream. Despite a valiant effort, it was a feat to eat much of it after the other courses.

There’s a selection of trendy craft beers and funky cocktails to wash it all down, while you soak up the sounds of the resident vinyl deejays on Thursday and Friday nights, and on Saturdays there’s a live band from 2pm. With a pleasant outdoor seating area, this is likely to become a very attractive – and tasty – place to serenade Spring.

ALSO READ: 6 Top Jozi food trucks and where to find them