Rainbow peppers: When to use red, yellow, orange and green peppers

by Mira Athanassouli
in Cooking Guides and Tips
0

Have you ever wondered what makes green bell peppers so different from their sweet and colourful friends? You might be surprised to find out that they are, in fact, unripe yellow, orange or red peppers. Amazing, right? Yes, there are the odd variety or two that will start green and stay forever green. Typically, though, if green peppers were left on the plant to fully ripen, they would eventually change colour. And it’s not just the colour that’s different. The taste, nutritional benefits and even price all vary greatly, depending on the shade of the pepper.

Bell peppers, also often known as sweet peppers, are part of the capsicum family. Native to Mexico, Central and South America – think spicy salsas and sizzling fajitas – they were imported to Spain in the 15th century. Today, they are available all year round in most countries. As is often the case, though, what we see on the supermarket shelves is just the tip of the iceberg. There are many more varieties of bell peppers out there – even white, purple and chocolate brown! 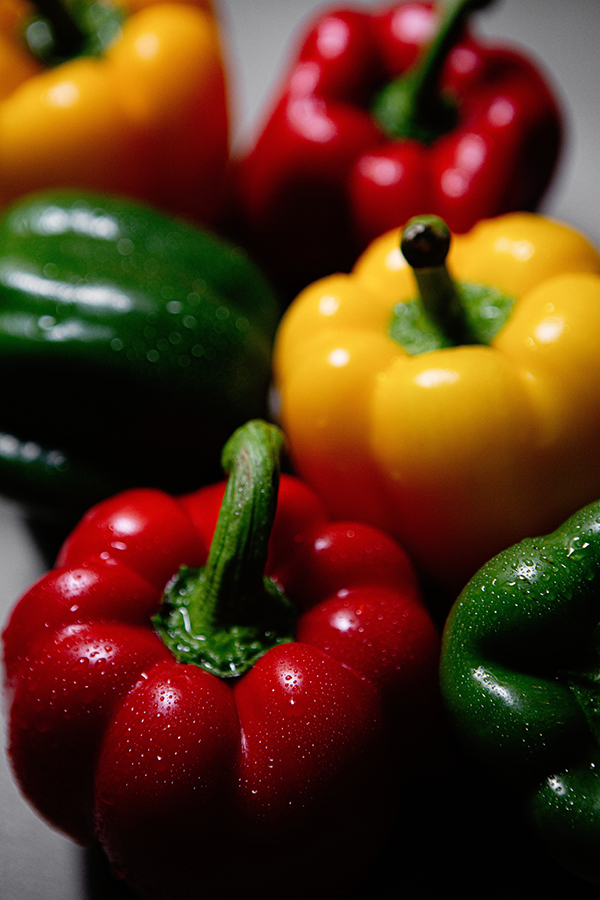 How do green peppers differ from their ripe counterparts?

It’s not just the taste that’s affected, though. As the fruits ripen, so their nutritional content increases, with red peppers boasting the most nutritional value. Amazingly, red peppers contain approximately double the vitamin C and eight times the vitamin A content as green peppers! But there is a catch … Red peppers, in particular, can come with a pretty hefty price tag. Because they ripen longer on the plant, they are actually more costly to produce.

How to cook with bell peppers?

So, where does this leave us when choosing which peppers to cook with? Red, orange and yellow peppers can be used interchangeably, but green peppers give a distinctly different flavour to a dish. Green peppers go exceptionally well in meaty stews, curries and dishes with sweeter sauces. For extra zing, add them to raw dishes such as slaws, green salads or Vietnamese spring rolls.

No crudité platter, on the other hand, would be complete without some crisp and colourful yellow, orange or red peppers. Roasted or grilled, they add a unique smoky sweetness to many Mediterranean sauces, salads and dips. This bruschetta with grilled marinated peppers is utterly irresistible. If you are more interested in the nutritional benefits, you will probably want to stick to red peppers. Try these stuffed peppers with quinoa, aubergine and peas for the ultimate health kick. 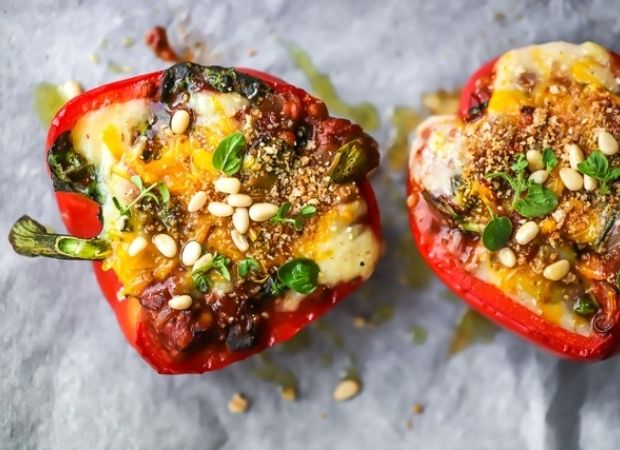 Don’t feel that you have to stick to one colour, though. Often, using a combination of colours gives a dish more complex, layered flavours, as well as bringing added brightness. Try mixing red and green peppers in this chilli con carne or all the colours of the rainbow in this pork stir-fry for some real bell pepper pop.

The science behind why we love crispy food: 4 reasons we love the crunch