Plates for the planet: 50 foods that could help save the world 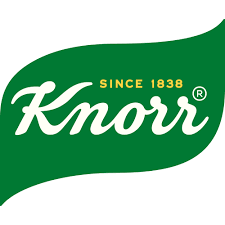 The world may have less than 60 harvests left, according to the UN Food and Agriculture Organization. The way food is being grown and produced globally is damaging soil, polluting the air and causing deforestation. Knorr, one of the world’s largest food brands, and WWF, the leading conservation organisation, have unveiled The Future 50 Foods report which provides a tangible solution to how we can reduce the negative impact our food has on the environment and help feed the growing global population.

The Future 50 Foods report was written by Knorr, WWK-UK and Dr Adam Drewnowski, Director of The Center of Public Health Nutrition at the University of Washington, with the ambition to empower positive change.   It identifies 50 plant-based, future-facing foods that we should eat more of for our health and the health of the planet.

The report follows the pivotal Food in the Anthropocene: the EAT–Lancet Commission on healthy diets from sustainable food systems released in January 2019 and WWF’s Living Planet Report released in October 2018, which highlight the changes we need to make to our global food system and the significant overlap between an environmentally sustainable diet and a healthy diet.

The 50 Foods list combines more familiar, although in some cases underused foods, such as lentils, quinoa and kale, with less globally well-known foods like fonio, pumpkin flowers and cactus. Each has been selected based on their nutritional value, relative environmental impact, flavour, acceptability and potential accessibility and affordability.

Some have higher yields than similar crops and several are tolerant of challenging weather and environmental conditions, meaning they could prove invaluable in the face of growing climate uncertainty. Each has a story to tell and in South Africa, some of these stories overlap with our own food heritage.

We can learn valuable lessons from South Africa’s agricultural past; we have a rich history of foods that have slowly disappeared from the meals we eat today. Crops rooted in traditional nutrition once again have a place on the plate of future generations.  These include millet, cowpeas, bambara groundnut and mung beans, all crops that the South African department of Agriculture, Forestry and Fisheries have acknowledged as “a growing interest by government and other stakeholders about the value of these crops to address food security and climate change”.

Looking at crops that are indigenous is not only great for the environment but also empowers local farms and communities. It is a growing opportunity for locally found and heritage foods to be reintroduced back into our shops, shelves and diets.

And Knorr is providing the public with practical ways to do this with their offering of soups, cook-in-sauces, stocks, gravies, sauces and pasta sauces and championing better ways to cook and eat for a more sustainable food future.  Small actions lead to large scale change and Knorr has developed a host of inspirational recipes that pair Future 50 foods with Knorr products to provide diversity, colour and texture to dietary plans.  For more recipe ideas visit www.whatsfordinner.co.za.

WWF’s Living Planet Report, published in October 2018, found that wildlife populations have declined by 60 percent globally in less than 50 years, with our food system being one of the biggest drivers of biodiversity loss. By 2050 the world population is predicted to increase to ten billion people, adding further pressure to the environment and the global food system.

April Redmond, Global Vice President of Knorr, says: “Seventy-five percent of what the world eats comes from just twelve crops and five animal species, which has serious implications for both the health of our rapidly growing population and the health of our planet.  Unless we change our eating habits, there simply won’t be enough food to feed us all. Our purpose aim at Knorr is to make it easy for people to eat a wider variety of foods that are good for us and good for the planet, and, of course, delicious at the same time.”

Experts state that there are between 20,000 and 50,000 known edible plant species, yet we are currently only eating 150-200.  Cultivating single crops and over-reliance on animal-based foods are threatening food security and have serious consequences for our fragile natural ecosystems. One of the keys to driving change is expanding the variety of foods we grow and eat. The report also notes that food production, particularly meat, is a big contributor of harmful greenhouse gases  – a primary contributor to climate change.

Dr. Tony Juniper, Executive Director of Advocacy, WWF-UK said: “Many people assume it’s our energy and transport choices that cause the most serious environmental damage when, in fact, it’s our food that causes the biggest impact. This is why it’s vital we identify and put in place better ways to grow, distribute and consume food so that what we eat doesn’t cost the Earth. This is a complex task, but we must get chefs, retailers and the public fighting for their world by changing what’s on our plates.”

1. Greater variety and a larger amount of vegetables

2. More plant-based sources of protein in place of meat, poultry, dairy, and fish

3. More variety in the types of grains, cereals and other sources of carbohydrates

The Future 50 Foods report is designed to inspire and facilitate these shifts by celebrating the variety of food at our fingertips.

In partnership with Knorr.

Everything you need to know about wild rice