by Tank Lanning
in Food News
0

ALSO READ: Don’t be that guy at the braai – are you one of these 6 worst characters found around the fire?

The Mandan are a Native American tribe of the Great Plains who lived for centuries in what is now North Dakota. And for a Mandan boy to become a warrior, he had to fast for 4 days without sleeping. Then on the 5th day, the boys were hung from the ceiling by a wooden skewer that was forced through their chests. They had to smile through the whole agonizing process until they finally passed out. And when they came to, their little fingers were cut off and offered to the spirits as they were welcomed into manhood. A pretty industrial rite of passage! One that not even Paarl Boys High would encourage these days.

But throw not the baby out with the bath water!

Rites of passage mark important transitional periods in a person’s life; birth, puberty, marriage, having children, and death. Ritual activities and teachings designed to strip individuals of their original roles and prepare them for new ones. Being a man with oval-shaped balls myself, it is amazing how rugby has already created a few of these special moments for me and my little guy, now 11-years-old. From sidling up next to me on the couch to watch a Saturday morning game with coffee and rusk in hand, to physically scrumming against each other in the kitchen before mom comes down (I think he said “Crouch, bind, set” before he said mama or dada), to practising our kicking and sidesteps in the garden, or just passing the ball to each other in silence as we take the dog for a walk. 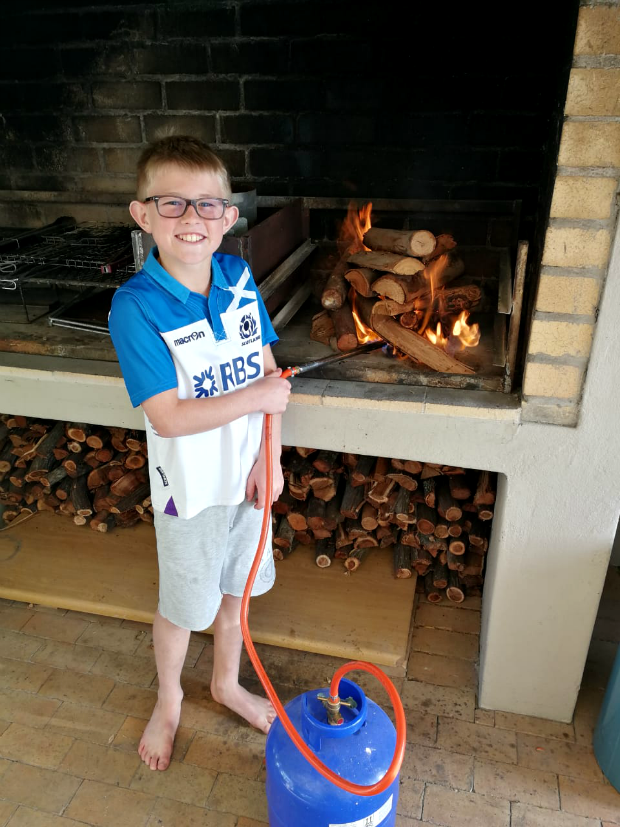 As we discussed the budget for his second pair of boots around the braai last Sunday, a second key father and son rite of passage took place – the passing of the tongs!

It started with him helping with the building of the wood stack. Next came the actual lighting of the rolled up newspaper or Blitz. Cleaning of the grid came with reticence, but that improved once he had his own one – a prized Christmas present. Fetching beers for Dad – a skill made infamous by ex-Bok coach Jake White, who shunned “fetching” flanks in the sides he picked, saying the only fetching he knew about were the beers his sons fetched for him at a braai – came naturally to my young man, but that got turned on its head when he dispatched me for the beers, opting instead to turning the tjoppies while I was away. Porkies have been, and always will be a firm favourite, and as such turned out to be the first thing he braai’d on his own from start to finish. And they weren’t half bad either. Then came a perfectly golden toasted braaibroodjie – with the chutney on the inside, not the outside – using his own grid. But on Sunday, as we discussed the much-anticipated boots for the new season, it was he who stood with the tongs in his hands, not I.

Welcomed into manhood, my boy!

ALSO READ: How to braai chicken: The all-you-need cheat sheet

Do you recall your first real braai? SHARE your stories with us by emailing us or tweeting us @Food24.

Kitchen confidence: How to poach, boil and scramble eggs like a boss