PARTNER CONTENT: What were we watching on DStv 10 years ago? 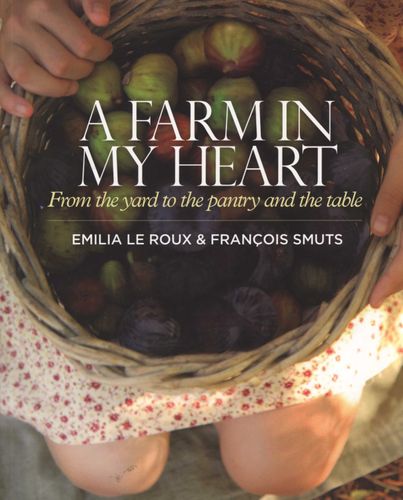 It’s been an exciting decade when it comes to TV. We’ve experienced some of the biggest shows ever (we see you, Game of Thrones), remained in the clutches of reality and created some new, massive stars along the way (hello Dineo Moeketsi, Nasty C etc.), been exposed to the hottest, most original and gripping local shows (here’s to The River and The Queen) and kept up to date with all the world’s happenings (thank you Newzroom Afrika, eNCA, BBC and more).

Back then, of course, we didn’t have DStv Now, BoxOffice or Showmax – so viewing was reliant on live TV or PVRed shows. Catch Up was only launched a year later. Our TV habits were, essentially, very different.So, if we were to go back 10 years, what would we watch?

The series we were watching then

Modern Family premiered in 2009, introducing us to the lovable Dunphys and Pritchetts, and their blended families. The show went on to win a total of 22 Emmy Awards from 75 nominations, including the Emmy for Outstanding Comedy Series five times – and then also a Golden Globe.It was just one of a slew of comedies that started that year, including Parks and Recreation with the fabulous Amy Poehler; The Middle, which welcomed the Heck family into our lives and went onto to run for an amazing nine seasons; and Cougar Town, with Courteney Cox from Friends playing hysterical divorced mother Jules.

Another Golden-Globe winner that started in 2009 was the brilliant legal drama The Good Wife, which garnered five of the coveted trophies. It ended its run in 2016, but we were lucky enough to get an equally compelling spin-off – see below.

Other dramas that started include Royal Pains, Hung and The Vampire Diaries. We watched the second seasons of True Blood and the smash hit Breaking Bad. It was also the year that coming-of-age favourite Glee launched, giving us the taste of something entirely different, that soon became a cult favourite with viewers of all ages.

Is it real, though?

Reality really came into its prime in 2009, particularly when it comes to competitive shows. The biggest of these has to be MasterChef Australia, the antipodean version of the British series that quickly proved to be way more popular than its predecessor.

In January 2020, DStv customers get to watch the new season of MasterChef Australia – the last in which Gary, Matt and George will be the judges.

ALSO READ: A new judging trio for MasterChef Australia has been announced

2009 was also the year that Britain’s Got Talent introduced us to the super-talented dance group Diversity (the winners) and the inimitable Susan Boyle. We were also watching the fifth season of So You Think You Can Dance.

The series we’ve been watching in 2019

Modern Family entered its final season after a mind-blowing 10-year run. It’s been incredible watching the children grow and experiencing every moment of the family members’ exciting lives. But we’ve had some new comedies to indulge in too this year, including movie spin-off Four Weddings and a Funeral, the second season of The Connors , the third season of The Good Place and of course, new seasons of The Simpsons.

There were a number of series that had people talking in 2019, for their subject matter and just general all-round brilliant entertainment. The last season of Game of Thrones aside, there was also a new series Godfather of Harlem, Chernobyl , Gentleman Jack, dark superhero series Watchmen, miniseries The Act and hard-hitting action show Whiskey Cavalier. The Good Wife spin-off The Good Fight packed a punch this year, taking on the Trump administration with no apologies.

On the local front, there was M-Net’s local drama thriller Trackers, which garnered massive viewership, Mzansi Magic’s Impilo: The Scam, The Republic, Ifalakhe and Ithemba and 1Magic’s Grassroots. The River also went on to be nominated for an international Emmy, and The Herd returned for a second season. BET Africa introduced us to Dream: The Lebo Mathosa Story.

Local reality welcomed the first season of The Bachelor SA, One Night With My Ex, First Dates SA, Finding the One and Dinner Date SA, to name but a few.

On the kykNET side, it’s been a busy year. Not only did the channel celebrate its 20th birthday in November, it also introduced us to a stack of new drama series, including Die Spreeus, Tydelik Terminaal, the second season of Fynskrif and Alles Malan. Suidooster was also renewed and returned with a second season, to everyone’s delight.

The TV stars we loved then – and now

We have to admit, there are some stars who have stood the test of time. Back in 2009, Rob Lowe was entering into the last season of Brothers and Sisters as US Senator Robert McCallister. Fast forward 10 years and he’s hardly changed a bit. This decade we’ve watched him in Californication, Parks and Recreation, The Grinder and The Orville – and in January, we get to see him again (looking as gorgeous as ever) in new series Wild Bill. How does he do it?

Some other stars who have definitely stood the test of time are Simon Cowell (see him in the new season of X-Factor: The Band) and Ellen DeGeneres, who we have loved not just in her talk show, but in Ellen’s Game of Games, Ellen’s Design Challenge and her recent Ellen’s Greatest Night of Giveaways.

Michael Jackson died tragically in 2009 – and left the world mourning a legend. But this year, doubts started to emerge about his life with the release of the documentary Leaving Neverland, screened on M-Net, which alleged that he abused children.

Locally, favourites like Brumilda van Rensburg are still keeping us entertained. Back in 2009, she was still Louwna Edwards on Egoli: Place of Gold. Now she stars in kykNET comedy Lui Maar Op Belinda. And who can forget good old Randall from Idols? He was around back in 2009 – and is still around now, although he’s been joined by a host of different fellow judges, including the ever-colourful Somizi.

The DStv promo ads we loved then

Back in 2009, we have to admit that some of our ads were a little bit risqué, although hysterical all the same. One campaign we know will still have you in stitches today is the Rather Stay Home one, which focused on people who should have rather stayed home and watched DStv.

The Guess Who ones were also hysterical, showing how people who had been watching DStv had taken on the traits of their favourite shows. And who can ever forget the guy who couldn’t quite get that dating thing right – until he took his girl home to watch DStv.

M-Net will be kicking the year off with a new local scorcher – Still Breathing, a family drama that fans of This is Us and Parenthood are sure to love, which promises to be every bit as tear-jerking. New international shows include Jett, a crime drama that pays homage to almost all classic crime genres, BH90210, a reality show about the original Beverly Hills cast members, The Unicorn about a single father coming to terms with the death of his wife and a new season of Grey’s Anatomy, Howard’s End, a series based on the movie and book, to name a few. Locally, there will be a new season of Survivor and The Bachelor, as well as a hard-hitting show called Why Women Kill, and Umphakathi on Moja Love, a reality show about sangomas. (This is just a tiny glimpse – stay tuned for so much more.)A must-watch, though, will definitely be Prodigal Son. Starring Michael Sheen and Tom Payne, this gripping crime drama series follows the life of a criminal psychologist who teams up with his serial killer father to help the NYPD solve crimes. Hooked yet? We thought so.

We’re a whole lot more spoilt when it comes to TV viewing today.Going into the new decade, we have DStv Now, allowing us to watch TV anywhere, anytime, BoxOffice, giving us access to an entire range of hot-off the circuit movies, and of course, Showmax, the ultimate streaming service that makes binge-watching your favourite series the easiest thing ever.

Who knows where the next 10 years will see us?

Win a set of Le Creuset Multi bowls with ClemenGold®

How to celebrate your birthday during lockdown

How to make the perfect classic vanilla cupcakes