The food business used to fall under the fast-moving consumer goods (FMCG) industry. Now it’s called consumer packaged goods (CPG), but that doesn’t mean anything has slowed down. In fact, the opposite is true. Things are moving faster than ever.

To operate successfully in such a fast-moving environment, a business needs to be agile, with the ability to adapt quickly as trends develop. But it also helps if you can see the future first. At Libstar, strategy is about seeing the future first. Seeing where the market is headed. Seeing the opportunities, the gaps. Seeing where there’s space for innovation. Strategy drives the future of our business, and two subsets of that strategy are the habit of innovation and the art of joining the dots. Lancewood has a special place in the Libstar family. And in the story of Lancewood, innovation has always been a key ingredient.

In 2008, Lancewood was a bankrupt dairy. The banks had literally put padlocks on their doors. Libstar took on the Lancewood business and now, 11 years later, Lancewood is the most profitable natural cheesemaker in South Africa.

Everyone told us to stay out of the yoghurt category. Apparently it was too competitive for a newcomer to make an impact. But when I was travelling in Portugal, I noticed how amazingly good their yoghurt was; much better than what was on offer in South Africa. I wondered why. Why couldn’t we in South Africa do a yoghurt that was better than anything they have overseas? It took us a year, but it’s fair to say that Lancewood now has the best double-cream flavoured yoghurt in South Africa – it won one of only six Qualite awards handed out at the 2019 Dairy Association Annual Fair –and sugar-free and low-fat-high-protein versions will be launching soon.

Another example of how to connect the dots is Lancewood Sauce Delight – we took fresh cream, which all the dairies have on shelf, and added real cheese, mushrooms or peppercorns to produce three brand new flavoured white sauces. A few months ago, that product sector did not exist. Now we’re producing about 30 tons of Lancewood Sauce Delight every month.

Multi-Cup – the small food packaging company that Libstar owns – has also seen the future first, in this case by moving away from manufacturing plastic cutlery, cups and lids and towards producing wooden cutlery, paper straws and compostable cups.

Environmentally sustainable packaging has been on Multi-Cup’s radar for years. Initially we imported biodegradable cups and straws, but that turned out to be far too expensive. So now we are the first to manufacture eco-friendly packaging solutions in South Africa, supplying customers like KFC and our new Precious Planet brand. It’s a market opportunity that we’ve grown from zero to a R3-million turnover per month.

You get a culture of innovation, which is great, but then you get innovation in your DNA. If, like Libstar, you have the latter, then growing profitability in a hands-on, more efficient and more innovative way will come naturally.

There’s building a machine to inject nitrogen into peanut butter to make it easier to spread; a new forex management system that secures better exchange rates on imports and exports; working with retail partners to drive innovation in product categories – we do all this and more. Because of our entrepreneurial background, innovation at Libstar never sleeps.

The many faces of innovation

A successful strategy doesn’t have to be fancy. Daniel Jacobs, our CEO at Ambassador Foods, looks for gaps in the market and then he finds a way to fill them by any means necessary. Ambassador currently packs 54 tons of product for Woolworths per week – all of which is based on expanding simple nut production into categories like cereals, snack bars, confectionary, groceries, and health and wellness. Achieving that kind of product diversity (147 lines in total) is rooted in continual innovation.

Amaro Foods, which bakes exclusively for Woolworths, is another great example of how connecting the dots can be a key skill and how technology can play an important role. 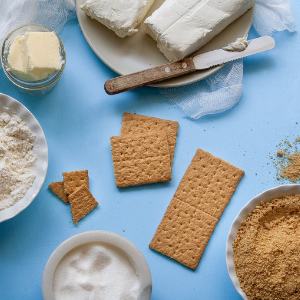 Amaro Foods will also become the first Libstar company to run a totally paper-free production facility when their new artisanal bakery opens in December. The point of going paperless is not only that it’s green, more efficient and will drastically improve data management – it’s also another way of seeing the future first.

There’s one final thing that’s central to connecting the dots of successful business collaborations and relationships, and it’s rooted in something my mother used to say. “My son,” she’d say, “You’ve only got one name. If you throw that one name away, you don’t have another name. You’ve been given onename.”

I think it’s important to realise that in the trade you only have one name. Yes, Libstar works hard at innovating, but integrity and absolute honesty and openness are at the heart of everything we do.

Without these core values, I believe that it would be difficult to stay in business long enough to see much of the future anyway.

Sea buckthorn: the new superfood to rival quinoa, blueberries and even kale