In the last couple of years, African cuisine has garnered widespread interest in the culinary world and in global pop culture. African dishes are now popping up on the menus of restaurants all over the world, they are being featured on TV and in films, and cooking challenges centering on African dishes are going viral via social media. It is a great time for African cuisine, but one dish seems to be leading the charge and taking centre stage in this culinary renaissance, and that dish is the mack daddy itself: jollof rice.

Arguably one of the most recognisable and talked-about African dishes, jollof rice has acquired a near cult following with debates, features in popular media, podcasts, social media pages, and entire restaurants all trying to answer the same burning question: whose jollof is the best?

Although the Jollof Wars continue to rage, the one thing everyone can agree on is the origins of this iconic dish. Jollof rice was birthed on a tiny island off the coast of Senegal in the 1800s. As the story goes, Penda Mbaye, a talented and daring chef who was engaged at the governor’s residence in Saint Louis, found herself in the middle of a barley shortage. Unable to prepare one of her signature dishes – a one-pot meal of barley, fish and vegetables cooked together – she substituted rice for barley, and used fresh vegetables like tomatoes that were being brought in by colonial settlers. And, boom, jollof rice was born.

The gifted chef originally called her dish thiéboudienne, and it is still known as thieb in its home country and neighbouring countries. It went on to become Senegal’s national dish and influence the entire continent.

Since its inception, jollof rice has taken on a variety of forms and iterations as travellers, merchants and migrants took the dish with them across borders and adapted it to their new homes and the palates of their new neighbours. It is believed to have been introduced to West Africa around the early 1900s. The oldest recorded mention of the dish in Nigeria is found in the Kudeti Book of Yoruba Cookery, first published in 1934, and the rest is history. 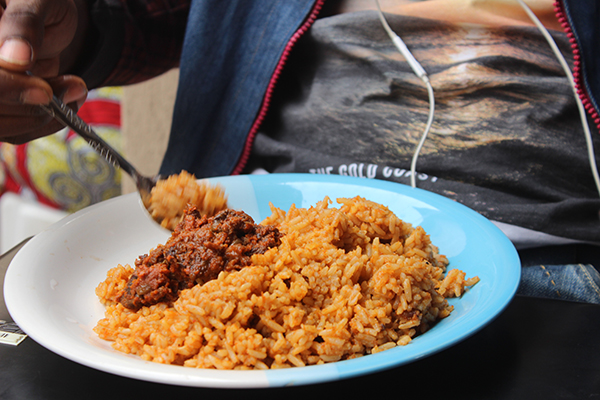 With its illustrious history, continental reach and ability to unite rice lovers everywhere, jollof rice is indeed everything they say it is and more. But with so many versions and recipes in so many countries, how are we supposed to answer the age-old question: whose jollof is the best?

Join us as we take you around the continent, break down components, and finally arrive at a definite answer to this burning question.

Kenya’s jollof is a bit of a black sheep in respected jollof circles. Is it jollof? Is it not? Is it pilua trying to be something it’s not? The debate rages on.

Often made similarly to pilua, which is a popular Kenyan dish made with cumin, cloves, cinnamon, cardamon, turmeric and other spices, Kenyan jollof is a feast for your tastebuds. It is a mix of spicy and complex flavours that is sure to satisfy even the fussiest eater. Unfortunately, we don’t think the flavour profile is “jollof” enough to be any higher on this list.

Ghanaian jollof is typically milder than, for example, its Nigerian rival. It is usually made with basmati rice and served with shito, a dark sauce made with dried herring. Ghanaian jollof has a nice balance of sweet and savoury, is not too spicy, and can be enjoyed without overpowering the tastebuds.

A dark horse in the race, Liberian jollof has emerged as the surprise winner in several international jollof competitions. Deciding between Liberian jollof and our runner-up was very difficult. Although Liberian jollof is the silent underdog, no one expected it to make it to the finals, and our next entry’s flavour profile packed that tiny bit more punch than the Liberian version.

Nigerian Jollof is said to resemble Nigerians themselves. It is spicy, has a robust taste and bold flavour profiles, is colourful, and is an all-around fun and jolly meal.

It often has a smoky taste and is made with well-seasoned, slow-cooked meat stock that helps to give it that extra edge. 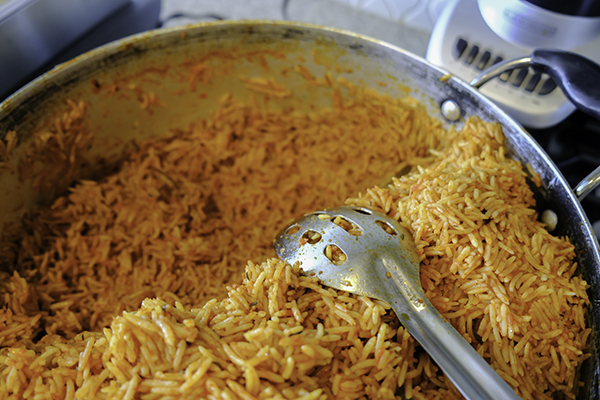 This should not come as a surprise to true jollof aficionados. Although the hype around Nigerian and Ghanaian jollof tends to eclipse the conversation, ask any weather-beaten continental traveller where you might end your quest for the best jollof and they, with a shake of a weary head, will lean in and whisper: “Go to Senegal.”

Perhaps the reason so little fuss is made about thieb is the fact that jollof is seen as part of the country’s DNA. The Senegalese have kept Penda Mbaye’s legacy intact and have perfected her creation. The ingredients are roughly the same: onions, scotch bonnet, tomato paste, garlic and so on. Although some may be surprised to find ingredients like eggplants and cabbage in their jollof, the recipe follows standard jollof conventions.

So there you have it, our list of the best jollof rice in the world. We hope we have helped you unravel the mystery. Now it’s your turn to pack your bags and embark on your own jollof odyssey.

We suspect that in the coming years the popularity of jollof rice will continue to grow as more people and countries are introduced to the dish. Soon there will be more recipes to taste and more countries laying claim to the title of best jollof in the world, and we can’t wait to taste all of them.

Fantastic frikkadel: 3 ways to jazz up your frikkadels this winter