A restaurant’s opening night; it’s excruciatingly exciting. The first round of guests to give the chefs a taste of what their menu is actually like, and the eager diners hoping to taste something they haven’t tried before.

The potential was boiling over as I entered on this particular opening night of Mulberry & Prince. It was everything from the description of the cuisine I had read about online, the positioning on Pepper street, just off Bree and the exquisite décor that made sure the restaurant was featured in House and Leisure, Eat Out and Gourmet Mag.

All attention had turned to the new pink eatery in Cape Town, and naturally I made sure I got to experience it immediately. 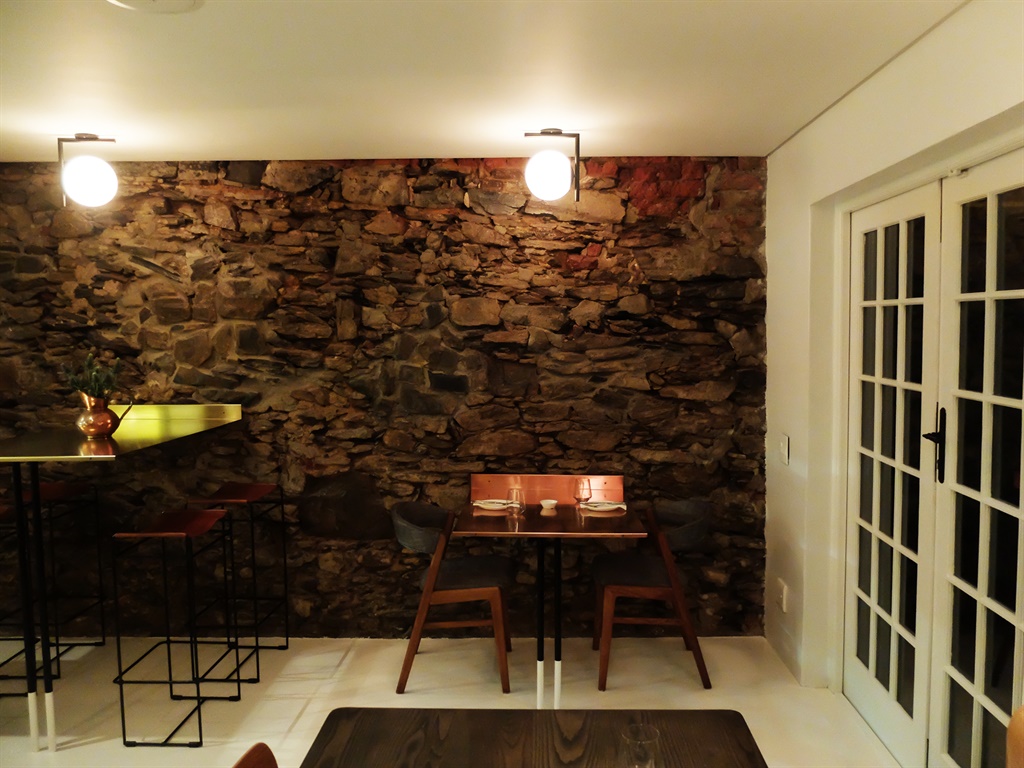 Oh what a joy it is eating somewhere that looks so good you would quite happily move in. The Atelier interior design team gave the Mulberry & Prince chef duo a perfect canvas to create and serve food, but would they live up to the high standard the restaurant had already projected?

Firstly, who are these two young chefs who have landed head first in Cape Town’s most sceney of restaurant scenes? Cornel Mostert, a Capetonian and Cynthia Rivera from Brooklyn, met at the Culinary Institute of America in New York and became good friends from there. The natural inclination of opening a restaurant together grew, and it was a toss up between NYC and CT. Luckily for us they went with our Mother City, aiming to bring a slice of The Big Apple to Cape Town. The menu is a perfect size of about 4 starters and a dozen mains, which are more sharey type of plates. The slightly pretentious menu descriptions had me Googling some ingredients, which only exasperated my anticipation. These ingredients however, are all (surprisingly) grown locally.

The can’t-go-wrong option of Prosciutto served with sourdough – courtesy of Richard Bosman to start. This was followed by bacalao fritters, kind of like a cod croquette, light crispy batter, with a creamy cheese, herb and cod filling. These hit the spot. The salty crisp exterior and creamy filling made them an easy pleaser. Next up oysters, which I was told were great despite there being no Tabasco available, lamb ribs and the ricotta dumplings which was my best dish. It was soft as a cloud and subtle in every way, colour and flavour. Dumplings resembling gnocchi, covered with shavings of Grana Padano cheese and sitting in a water-like shallow green broth made from allium juice. This dish was the epitome of Cynthia and Cornel’s inventive flavouring, and showed how little seasoning is needed when your ingredients can complement each other so well. 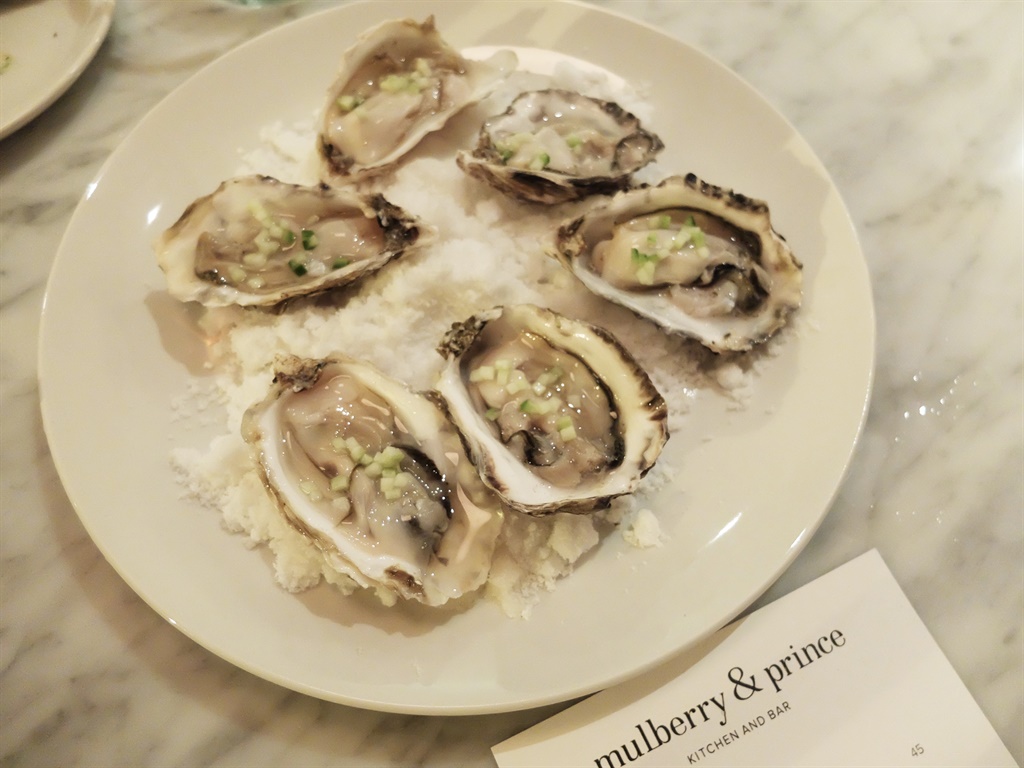 Dessert was not to be missed despite the two guys with me being full. Panna cotta – when offered, is ordered, and so I did, with hibiscus vinegar. It was set just right, served in a bowl and drizzled with the sweet vinegar which had a pungent medicinal flavour. The panna cotta came with a surprise chocolate cake and cream, which ended up stealing the show. A warm chocolate medium density sponge, in a bowl, made from 70% guanaja chocolate, and laden with fresh cream. It was a melt-in-your-mouth dessert that I couldn’t tear away from myself and highly recommended. 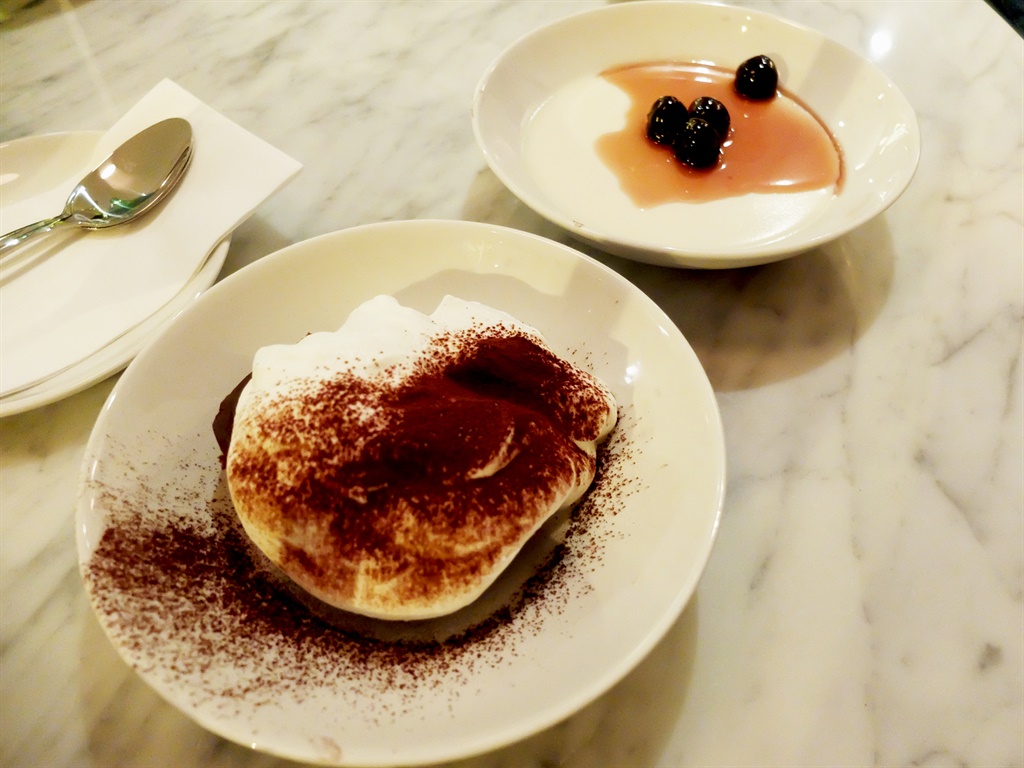 There is something really special about Mulberry & Prince, and despite the restaurants sprouting up all over the area, this one is a much needed dining experience. There isn’t really anyone else doing what Cornel and Cynthia are doing, and so well. They offer a very modern take on fine new-American cuisine, and you do really get a feel for New York as you gaze out the grid framed windows onto Pepper street. The pair have successfully taken simple South African ingredients mixed these with some rare additions and prepared food that express both of their nationalities in a unique way. I loved every bit of it. Dining expenses were paid for by Food24.