Monkey gland sauce – what is it and where did it come from?

The sweet and tangy sauce that South Africans know and love has some rather saucy origins.

by Tessa Purdon
in Features
1

If you’re South African and someone offers you monkey gland sauce on your burger, you probably wouldn’t bat an eyelid. The sweet and tangy barbecue-esque sauce has been featured on restaurant and fast food menus for decades, becoming a bit of a South African stalwart. It’s usually used as a topping for grilled steak, burgers, onion rings and fries.

Monkey gland sauce is a mixture of a number of already popular condiments – the main components being chutney and tomato sauce – resulting in a sweet mixture that usually has the addition of onions, vinegar, garlic and Worcestershire sauce (to delivers a good dose of umami), giving it that savoury-sweet character that so many people love.

Why the name monkey gland?

There are many theories about how the famous monkey gland sauce got its name, with a variety of stories that seem plausible. One is that it originated at the Savoy Hotel in London and was brought over to South Africa by an ex-Savoy waiter in the 1930s. It was said that a Russian-born French scientist, Dr Abrahamovitch Serge Voronoff, was a regular visitor at the Savoy, and one of his medical experiments involved grafting monkey testicle tissue onto the testicles of impotent men, believing that they could regain their vigor. He became lauded as a leading surgeon and the hotel renamed his favourite steak dish, calling it the monkey gland steak.

Another story says the sauce originated in South Africa, when French chefs working at the old Carlton Hotel in Johannesburg became increasingly frustrated and offended with customers dousing their food with tomato sauce, chutney or Worcestershire sauce. Thus they combined the pantry condiments to create a sauce and named it monkey gland after the scientist who ate at the Savoy.

According to another rumour, a Swiss chef came to South Africa in the late 60s and needed to quickly make a sauce for steak, so he rummaged through the pantry cupboard and found a few bottles of chutney, tomato sauce and Worcestershire sauce and mixed them together. It’s unclear where the name came from in this iteration, though.

Whatever story you decide is most believable, one thing is true: monkey gland sauce contains no traces of monkeys. And because of the Worcestershire sauce, which is made from fermented anchovies, it’s strictly not vegan or vegetarian. Keep that in mind when you’re serving it to others.

Never tried monkey gland sauce before? Making your own is easy. Follow our recipe! 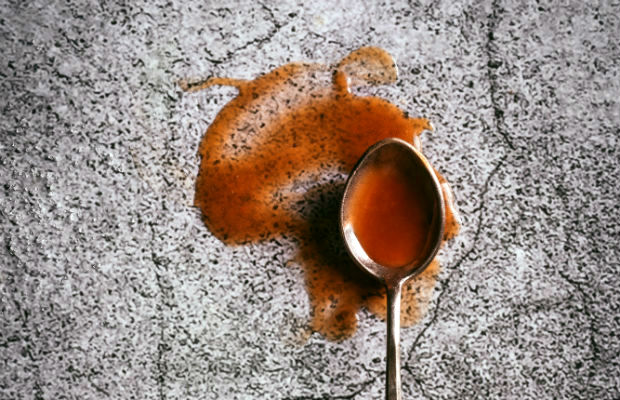 Your guide to canned and frozen fruit and vegetables