Meet the new bubbly on the block this summer – Pét-Nat

Just in time for the warmer weather, a new bubbly called Pét-Nat is fast becoming popular.

Just as SA begins to warm up, a new (yet very old!) type of bubbly perfect for balmier weather is becoming globally popular: Pét-Nat.

Pét-Nat is short for pétillant-naturel, which roughly translates to “naturally sparkling” in French. As the ancestral method of making bubbly, it’s also known as méthode ancestrale. So how is it different to champagne and our beloved méthode cap classique (better known as MCC)?

Since the only difference between MCC and champagne is the place of origin (champagne can only be produced in the Champagne region of France, whereas MCC is made in the same way but in South Africa), the answer is the same – it’s all in the process.

The méthode cap classique process simplified is that grapes are pressed then put into a tank with yeast. The yeast eats the natural sugars, fermenting the grape juice into wine. The carbon dioxide released in this process largely escapes. This is then decanted into wine bottles with added sugar and yeast. Again, the yeast eats the sugar and creates more alcohol – however, this time the carbon dioxide has nowhere to go, so it gets trapped in the pressurised liquid as bubbles. To get the bubbly to be crystal clear, the dead yeast cells, called the lees, are removed – disgorged – from the resulting fizzy liquid. And voila! You have MCC.

Pét-Nat is thought to be an older way of making sparkling wine and considered to be more artisanal, which probably explains why it’s becoming de rigueur. The difference? With the ancestral method of pétillant-naturel, the base wine is bottled before it’s finished fermenting, and that’s it – you don’t add any sugar to create extra fizz, and there’s no disgorgement of the lees. What results is a lightly sparkling and somewhat hazy wine. 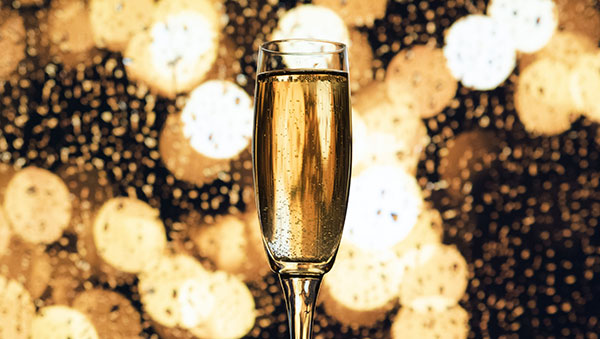 Because much is left to chance with Pét-Nat, the results can be unpredictable, or at least tricky to replicate. It’s a very non-interventional method of making a sparkling wine; a little like sitting back to let nature take its course – which is largely the attraction. For consumers, Pét-Nat is seen to be more natural, holistic and even organic.

While there are all sorts of styles of Pét-Nats on the sweet-to-dry spectrum, they’re all a little bit wild and funky, with flavours to match. Brands currently producing Pét-Nats include Bosman, Metzer & Holfeld, Testalonga, Scali, Vondeling, The Blacksmith, Avondale and Abingdon.

Pro tip: You can usually spot a Pét-Nat by its crown cap, which you usually see on beers or bottled sodas.

Getting married? 7 post-COVID wedding food trends you should know about