How we provide emotional and practical support to our vegetarian child 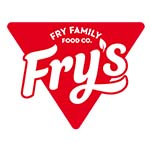 Brought to you by Fry's

I consider myself a flexitarian, but my 8-year-old son, Aidan, is a proud vegetarian, and has been for the past six years. He made this decision by himself and my husband and I have respected this, even though he was only a toddler when he announced that he “didn’t want animals to die to be his food”.

As a family, we’ve had to figure out how to best support his choices – making sure he is properly nourished but also figuring out how to make simple swops so that dinner and snack time are not overly complicated.

Here are some of the ways my husband, Robin, and I have supported him, emotionally and practically.

We respect his decision

This meant talking to him about his decision and never trying to trick him as many people have suggested. People have insisted that he wouldn’t know the difference if we snuck meat into his meals, but we know that he made the decision due to his love of animals and didn’t want to betray his trust.

We advocate for him

This means explaining to his teachers, his friends’ parents and our family that he does not eat meat and that this is non-negotiable to him (even though we do). We do this so he never feels like he has to defend himself at mealtimes. If they know ahead of time, it cuts out the awkwardness.

We supplement his diet

We make sure to give him multi-vitamins, add plant protein to his “milkshakes”, and feed him iron-fortified treats. I’m no dietician, but I feel better knowing that he is getting the additional nutrients that many would argue come from meat.

When he goes on play dates and to parties, we always bring additional food so that the host does not to have to go out of their way too much. However, he prefers a very basic diet and you can never go wrong with a glass of milk, a toasted cheese or some Fry’s plant-based chicken nuggets!

People think cooking vegetarian meals are a big shlep, but it can be really simple. So we have been teaching him how to make basic food himself. He will come home from school and make lunch for himself and his younger cousin. He makes things like grilled cheese sandwiches, pancakes and air-fryer cooked items such as pre-cut chips, plant-based nuggets, meatballs or sausage rolls from Fry’s.

We try to have family dinners where we can simply swop the meat for plant-based alternatives. I have some tried and true recipes that we love and often we will all eat the vegetarian meal. In some cases, we can’t even tell the difference!

Here are some of our go-to flexi meals:

We don’t know if this is just a phase – it might be – but for now we choose to support him and his massive love for animals.

Eleanor Douglas-Meyers is a journalist, blogger and event planner. She lives in the Eastern Cape with her son and husband.

PARTNER CONTENT: Knorr teams up with McCain Foods to help the South African’s move towards a better food future