How lamb is enjoyed around the world

Lamb lends itself to global street food cultures in ways that are intriguing and connect us in their familiarity.

Lamb lends itself to global street food cultures in ways that are intriguing and connect us in their familiarity. This connection can also be seen in how street food traditions in some areas are adapted in other regions. Loved for its deliciously fragrant and tender meat, these are some of the popular global street food dishes that honour lamb.

As street food goes, Morocco is known for its whole lamb roasts, cooked in Moroccan pit ovens. A whole sheep is prepared and put on a metal stick. The pit ovens can usually take eight to 10 sheep at a go. Once put in the deep coal pit, the oven is closed and sealed shut with clay to lock all the heat in. Left to cook for several hours, the lamb comes out crispy on the outside and soft and juicy on the inside. It is then seasoned with salt and cumin. Generous chunks of the meat are sold and served with flat bread, bagels or pita bread. Very tender pit roasted lamb heads are also part of this popular dish. Lamb heads are quite a thing in South African street food too.

A soup made entirely of lamb intestines and organs may be viewed as an extreme street food, which China is often associated with. But if you consider that, locally, sheep offal and tripe are often mixed together and chopped into pieces to make a ceremonial stew called diretlo in Setswana cultures, the concept isn’t so foreign. Popular in the Chinese city of Kaifeng, lamb organ soup brings together lamb stock and lamb organs including the testicles. What you end up with is a creamy broth that is full of flavour. Sometimes beer or other liquor is included in the stock to enhance the taste. This can be enjoyed for breakfast in the streets of Kaifeng.

Reykjavik is the capital of Iceland and the proud home of Icelandic lamb. There wasn’t much of a street food culture in Iceland in the past due to the country’s cold weather. But, in recent years, this has changed, with small street markets popping up in summer and winter. An eatery called Lamb Street Food in Reykjavik is known for their delicious lamb kebabs and specialty lamb wraps with a fusion of Icelandic traditions and Middle Eastern flavours. Lamb, skyr (an Icelandic cultured dairy product) and flat bread are essential to Icelandic food culture. Sauces at Lamb Street Food are made from skyr and olive oil with added fresh herbs and fragrant spices like turmeric, chilli, ginger, sumac and za’atar. The wraps are completed with a mix of vegetables and the quality lamb.

This is the Australian version of a popular Greek street food. A souvlaki is a dish with grilled meat and vegetables wrapped in a pita. A traditional Greek souvlaki is made with pork, but lamb, chicken and beef are other variations. Because of the high quality of lamb found in Australia, most places there serve souvlaki with lamb, making lamb souvlaki a popular street food in Melbourne. Spring lamb is roasted on a spit over the grill, while the pita bread is heated up. Chunks of juicy and tender lamb off the rotisseries can be enjoyed with fresh lettuce and tomatoes, onions, and tzatziki with cheese and olives as added extras. 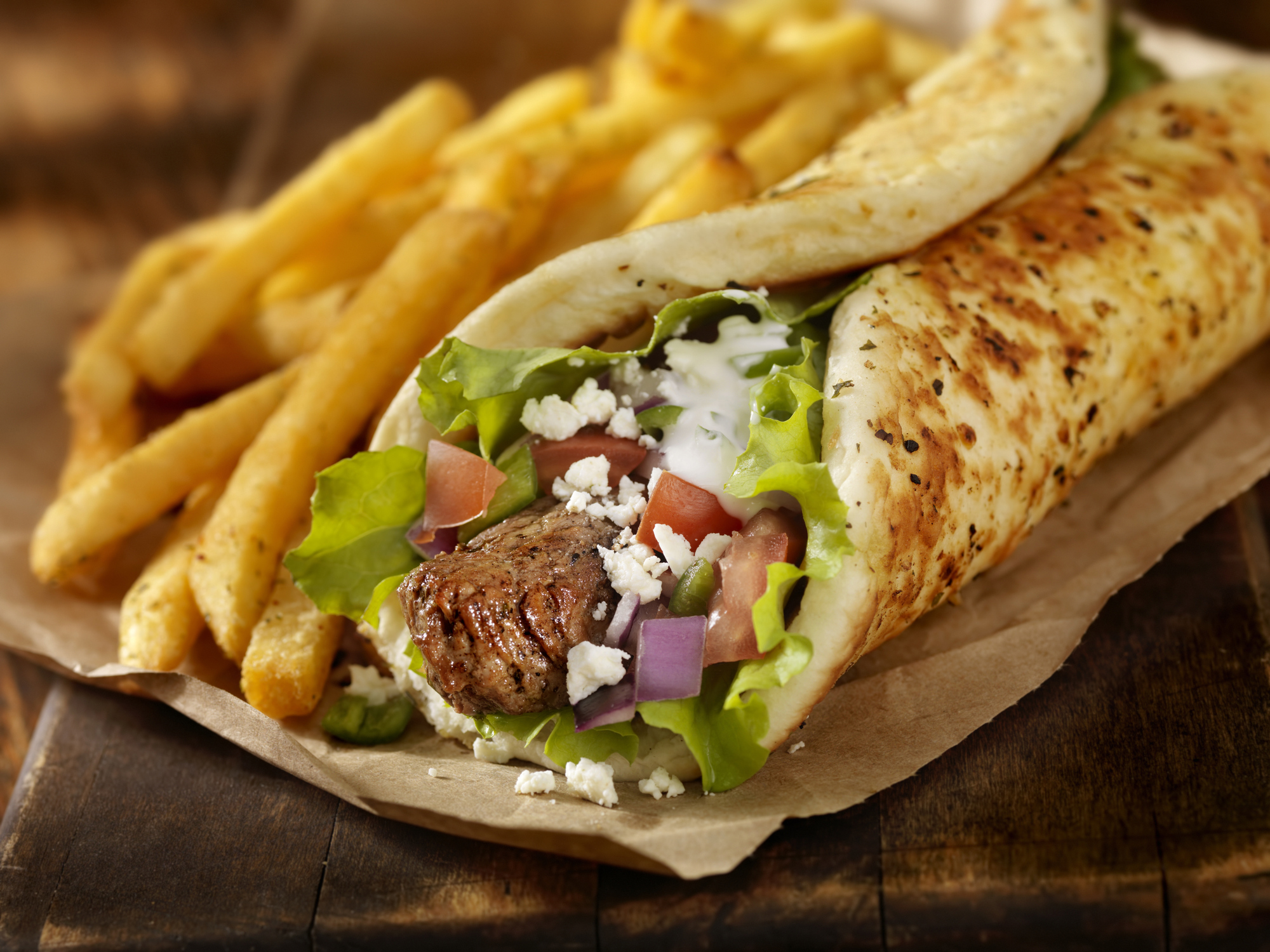 India’s city of Kolkata has popularised the Kolkata kathi roll as its most prized street food. It is chunks of meat or kebab and diced onions with the zing of a chutney or chilli sauce, all tucked inside a roti wrap. Kathi is Bengali for a stick, and the Nizam restaurant in Kolkata – which is responsible for popularising this dish – uses sticks to skewer the kebabs that go inside the rolls. Mutton is traditionally used in Kolkata, but lamb is also a very popular variation of India’s favourite snack.

Brought to you by Lamb & Mutton SA. Supported by the Red Meat Industry of SA.