From pickled fish and snoek to seafood potjies and perlemoen, the ocean has long been the inspiration for Coloured creativity in the kitchen.

by Alex Isaacs
in Features
0

“I grew up fishing – since before I can remember we came here and caught fish,” says Ferial Davids, who works at Kalk Bay’s famous harbour cleaning and selling fish. She was the first person I came to when I wanted to talk about fish. She has been my whole life; I just didn’t know her name. She was always just “The fish lady”. Decades ago, when my grandfather wanted to make perlemoen frikkadels, she was the one he would go to.

In my house, we grew up eating fish once a week. But it was never from the supermarket – it was from Ferial and the other fishers and vendors in Kalk Bay. My father grew up buying fish there too, as did my mother and her brothers and sisters. It was always something I took for granted. The abundant access to snoek, kabeljou and the wide variety of species used to make pickled fish, a dish mostly consumed during Easter. 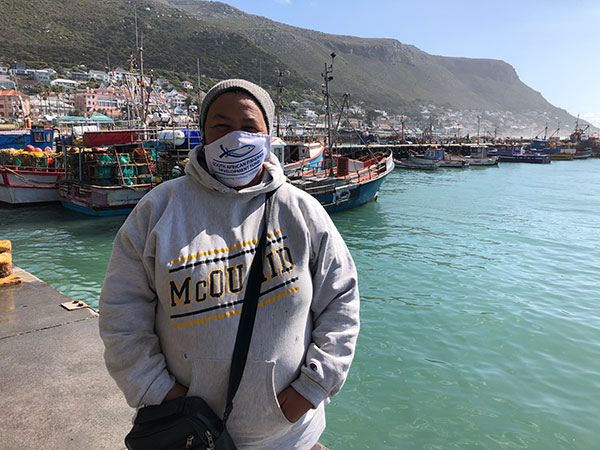 But it was when one of these dishes that I knew so well came to me in a beautiful box from Wolfgat – the famous South African restaurant that has made headlines worldwide for its sustainable seafood – that I realised Coloured people’s relationship with the ocean runs deeper than sustenance. It’s about community; a symbiosis. So much so that eating those flavours, when I was least expecting them, felt like coming home. I understood a part of my identity in a way I hadn’t before.

In this special box that I had ordered to celebrate my girlfriend’s birthday, there was mussel soup, a pickled fish dish and even a soutslaai taco. I immediately felt a sense of familiarity with these flavours and every bite felt like hearing the tune of a song I’d forgotten I loved. Tasting these dishes in a fine-dining setting outside of the context of my family dinner table made me understand its true importance in the community.

My girlfriend, who grew up in the US, didn’t have the same feeling. Instead, she felt like she was experiencing a whole new world. This also helped pull into focus what I and my people have always known, but that the rest of the world is just now discovering: Coloured people create dishes that take humble ingredients and turn them into something world-class.

When I ask Ferial what dishes she made when times were lean and fishing wasn’t good, like this winter, she said: “Customers want yellowtail fillets, but what happens to the rest of the fish? You can take that bone home and make a lekker dish. It’s a way of life – in a fisherman’s life, there are many stormy days and good days are few.”

When I was a child, my father got a fishing licence and caught crayfish off the rocks with his friends on the weekend. He would come home and make a crayfish curry that I wish I could make today. But of course, I can’t – those fishing licenses are hard to come by; the fish even scarcer. The way my parents grew up – of only taking what the ocean gave them when she felt gracious – is long gone.

As Ferial explained: “The fish just aren’t there anymore. They’re gone; the big trawlers took them and they haven’t come back like they used to. This winter was the worst one I’ve seen. All the fish you see here are frozen and there aren’t many.”

This is something that a recreational fisherman named Mario (he declined to give his surname) down at the pier told me, too. Baiting a hook with a mussel, he echoed what Ferial had said: “I’ve been doing this all my life – my grandfather taught me and his grandfather before him, but’s not easy. It’s not cheap, either, and the fish have gotten much less than they were.” 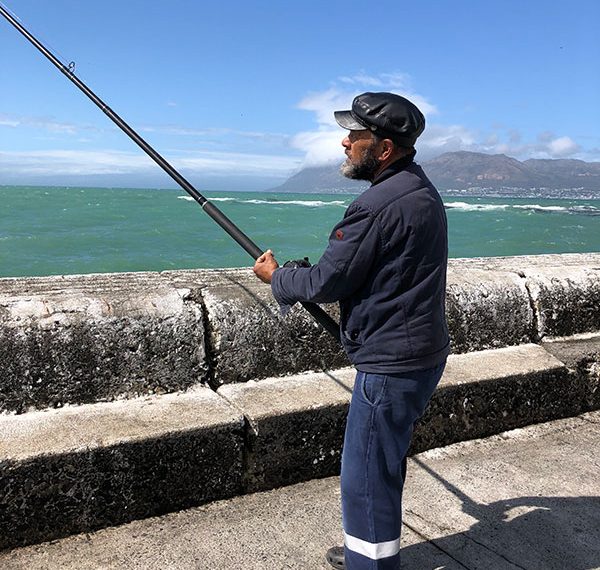 His favourite dish is simple, he says: “Just taking the kabeljou and putting it in the oven with onion, lemon and potatoes. And a smoortjie. My father taught me.” That’s the thread that runs through all the stories about Coloured people and fish. It’s a family tradition. It’s true for me, Ferial and Mario. Those of us whose recipes don’t get written down but still pass them down.

With this in mind, I reached out to Simon Orgill, an influencer and comedian who creates content that encapsulates the Coloured experience so expertly that I knew he had to be in this story. He gave me an endless list of dishes that he truly loved, but it was the voice note he sent me after our chat that really captured the essence of our experience.

He reminisced about snoek with fresh white bread, battered calamari with hot chips and pickled fish for Easter that his mother made with hot cross buns. No matter what happens, there’s a fish dish to celebrate. “I almost forgot to mention my absolute favourite fish that my mommy makes for me is kingklip,” he said. “It’s such an expensive fish so we don’t have it often, but when we do, there’s just something so special about the preparation that takes me back to being seven years old. The way my mother does it, it feels like home.”

Can specific glassware influence the taste of your wine?