It’s the perfect all-day meal – filling and with a little bit of everything you need for the day ahead!

Known colloquially as a ‘fry up’, it’s a traditional favourite, a national meal… Some would even go as far as to say it’s a miracle hangover cure – a full English breakfast is not a breakfast to be messed around with. It’s the sort of breakfast that means business!

SEE: Not just for breakfast: 15 new and delicious ways to cook with bacon

Typically made up of sausage, back bacon, fried eggs, fried tomato, baked beans and black pudding (if you’re a true die-hard full English brekkie fan) and toast. Even with a few varying ingredient additions, it’s easily recognisable , world-renowned, and absolutely scrummy, but why is it called a ‘Full English breakfast’?

Historians seem to pin the name down to Anglo-Saxon hospitality. It was customary to provide hearty full breakfasts to visitors, friends, and relatives. The indulgent feast was often enjoyed before a hunting trip, before a long journey or the morning-after lavish parties. This was seen as a great display of wealth and class at the time. 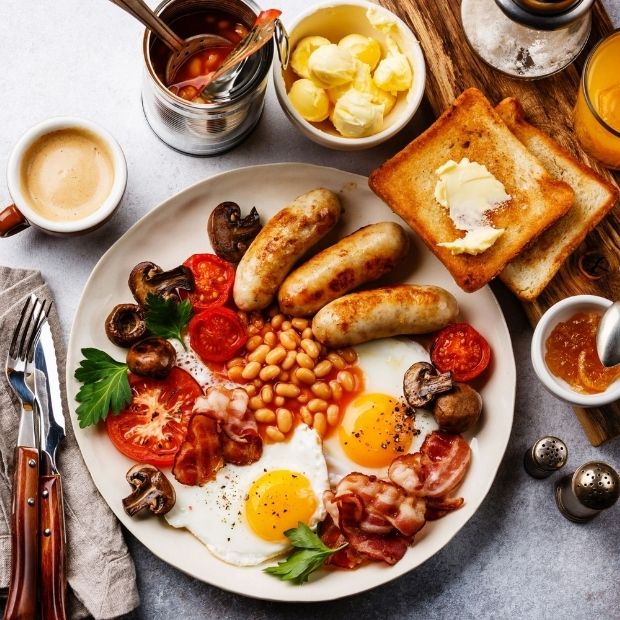 This breakfast was not seen anywhere else in Europe (as opposed to a ‘continental breakfast’ comprised of pastries and baked goods, fruits, toast, and coffee) and hence became known as a full English breakfast. Victorians later then refined the dish and standardised the ingredients, giving us the brekkie we so dearly love and still enjoy today.

While traditionally served at social gatherings, it is said to be culturally acceptable to ignore others around the table so as to best enjoy reading the paper while accompanied by a substantial meal that can be enjoyed any time of the day!

Small freezer? No problem! Here’s how to maximise the space you have in 4 steps