Future foods: How Finland is creating food out of thin air

From being voted the happiest country in the world for the fifth year in a row to having the cleanest air, Finland is enviously lovable. It is possibly the only country to have the phrase “oxygen hopping” in their vocabulary, which means going out for air. Working with the qualities that make up its food culture – ie natural, pure and sustainable – it is now also leading the pack in the food innovations space.

For Finland-based food-tech company Solar Foods, making food out of thin air is not just a catchy slogan – it is a scientific fact. The company has developed Solein, a novel food and a high-protein ingredient made with just air and renewable electricity.

With protein having become a critical need for eating sustainably, new sources of protein have become urgent. Senior Specialist for Food Applications at Solar Foods Dilek Ercili-Cura says the next big thing in protein production is cellular farming or cellular agriculture.

“It relies on the cultivation of cells in controlled conditions for the industrial production of food instead of relying on traditional agriculture. It involves growing tissue cells and producing meat without the cow, harnessing yeast cells, and making eggs without chickens,” she says. 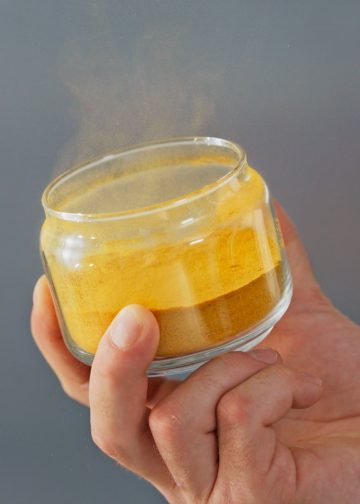 The production of solein is a combination of science and nature, working with a fermentation process similar to making wine.

Demystifying the bio-process, co-owner and Chief Technology Officer at Solar Foods Dr Juha-Pekka Pitkänen starts by explaining that the protein has its origins in a type of microbe that can be found in nature.

“We take a number of these microbes to the lab and screen for the best organisms. The microbes are cultured and grown with air and electricity as the primary resources in a fermentor akin to the ones used in breweries and wineries. For the microbes to grow, they will need food. Our air-capture device captures carbon dioxide and water from the air. The water that is collected is then split with renewable electricity into hydrogen and oxygen. The microbes are fed carbon dioxide, hydrogen and mineral nutrients that include nitrogen, calcium, phosphorus and potassium. These are the same nutrients that plants normally absorb through their roots from the soil. The microbes eat these ingredients to grow and multiply. As the liquid grows thicker, some of the slurry is continuously removed and dried. The resulting dried powder is solein, which is made up of whole cells that are up to 70% protein.”

With this bio-process, Dr Pitkänen points that Solar Foods is liberating food production from the constraints of agriculture.

“To be genuinely sustainable, we’re following nature’s playbook. We just like to do it a little bit more efficiently,” he says.

In terms of sustainability and based on a life-cycle analysis study, solein is about 10 times more climate-friendly than most plant-based proteins and about 100 times more climate-friendly than meat. It also takes just a fraction of the amount of water to produce solein, making it suitable to bio-farm in water-scarce climates such as South Africa’s in a possible future.

Solar Foods lists Antarctica and the Sahara as potential locations for their next factories where solein could be cellular farmed, helping to pave the way to resolve environmental problems and hunger. 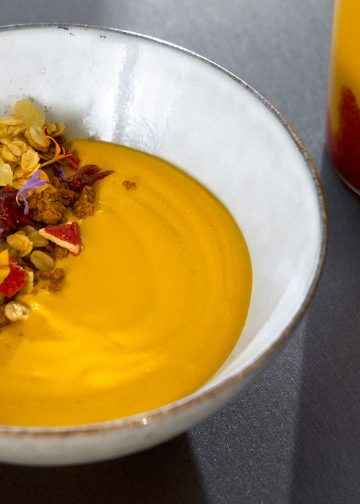 After harvest, solein is a yellow, neutral-tasting powder that can be added as a protein ingredient to bread, pasta, plant-based drinks or dairy, or used as a supplement between meals. It’s a high-nutrition alternative to a spread or topping. It can be a great ingredient to sweet and savoury snacks. Solein can also be used to make non-dairy foods like vegan cheese, ice cream, yoghurt and dairy imitations.

To the growing plant-based market, solein can be used as a protein in alternative meat products. According to Solar Foods, if the production of lab-grown meat scales up in the future, solein could provide the amino acids that real meat cells could use for growing.

Speaking about the possibilities brought about by this revolutionary innovation and how it will affect food cultures of the future, Solar Foods’ Dr Pasi Vainikka highlights the importance of transparency as a sustainable practice.

“In the aftermath of the recent pandemics, people will appreciate a lot more transparency in the food system. The cultural aspect may not change. Human interaction is still vital. People can gather around the same kind of food in the future as they do today. But how that food arrived on the plate will be completely changed,” he says.