From bredie to bunny chow, here are 9 recipes that make South Africa great

South Africans have a unique food culture. But which dishes truly represent the various regions of our diverse country?

by Carmen Williams
in Features
1

South African food is amazing – there’s no doubt about that. We have such a great, diverse range of foods that we all love to eat and some, we would argue, are better than others.

So how exactly do we compare all these foods and select just one for each region in the country? We don’t exactly know either, but we’re going to give it a shot. And let us know in the comments below if you agree with our list or if there are any dishes you think uniquely represent South Africa.

Now, there are a lot of foods we could have chosen from this region, but the gatsby is synonymous with Cape Town culture, so it’s a no-brainer!

The gatsby was reportedly named after its inventor, Rashaad Pandy, the owner of Super Fisheries, who created it for some workers and one of them said it was a “gatsby smash”. That was in the mid 70s and it proved so popular that Pandy kept it on the menu. Since then it’s evolved into a household name with many a Capetonian acknowledging it as part of our rich history.

Try this: Make your own masala steak gatsby

While the term “shisa nyama” is Zulu, this dish is very popular in the townships of the Gauteng region and is loved by locals and tourists alike. It means “burnt meat” and refers to how the meat is cooked over coals on a braai. But shisha nyama is more than just meat – it’s an experience where there’s music, drink, friends and fun.

Try this: Great braai meats for your next shisa nyama 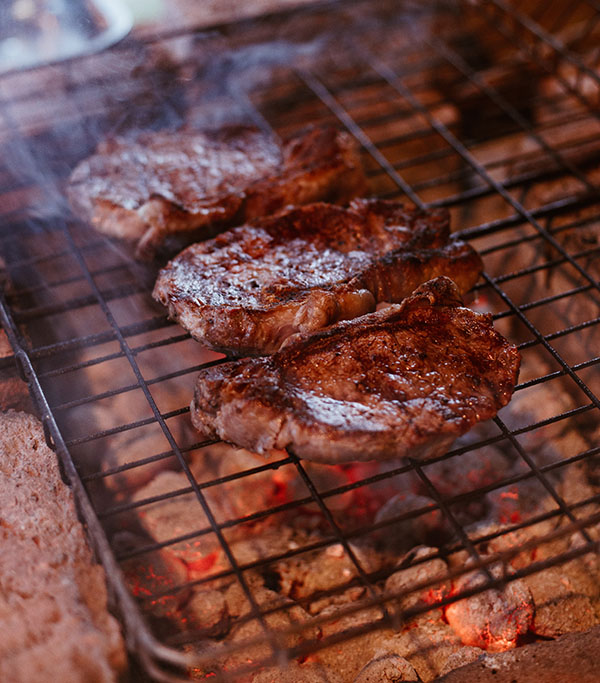 Consisting of curry inside a hollowed-out half loaf of bread, bunny chow is fragrant and delicious. Apparently, the “bunny” part of the name comes from the corruption of an Indian term referring to merchants, and the dish was created under the Apartheid regime as a way to sell food to black people who weren’t allowed in restaurants.

Try this: Make your own bunny chow at home

You either love it or hate it, but tripe is a delicacy in South Africa, eaten at many family gatherings. Usually, ox tripe is boiled in a pot with water and vinegar to soften the offcuts. After a few hours, spices and herbs are added with some tomato puree to give it that unique flavour. Then, it’s served with bread or pap.

Try this: Learn how to make your own mogudo 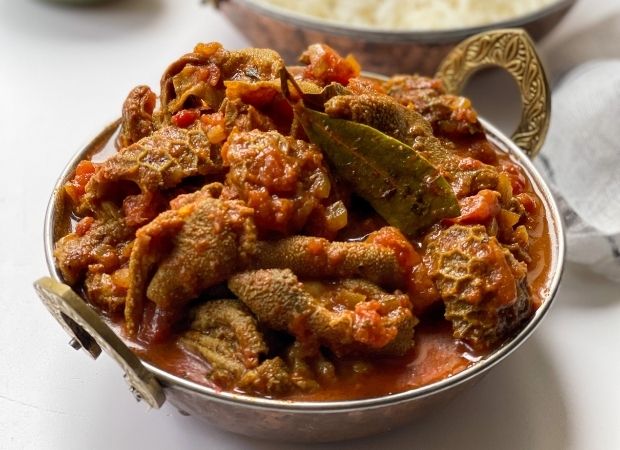 Traditionally cooked in a round, cast iron, three-legged pot or cauldron over a fire, potjiekos is a South African staple. Even though it has its roots in Cape Malay and Dutch history, we always think of potjiekos served with a side of roosterkoek when we picture cold nights around the fire in the Northern Cape. It’s hearty, warm and comforting.

Try this: Here’s a recipe for roosterkoek and one for potjiekos cabbage stew

Pronounced as “oom-nqoo-shoh” (press your tongue on the roof of your mouth, behind your teeth) in isiXhosa, this meal is a staple in many South African homes and was said to be Nelson Mandela’s favourite dish. You can eat it with any meat or veg you prefer. Many locals love to eat it, but it has its origins with the Xhosa people.

Try this: Umngqusho with lamb knuckles

Named for the mopane tree that the worm feeds on, these little critters are a delicacy in SA and a great way to find out which of your friends would do well on Fear Factor. Found in the upper, warmer regions of SA, they’re harvested from the infested branches of trees in the fields and are packed with protein.

Try this: How to prepare your mopane worms

Mokhuse are the dried leaves of morogo (African spinach) and they are not only edible but delicious. Shops in rural areas in Limpopo often have the dried leaves available as they’re grown during season and then dried to be kept all year long. This is one of those dishes your grandmother cooked for you and she knew how to get it exactly right. Eat it with a hearty serving of pap.

Try this: How to make your own mokhuse

The Free State is well-known for its beer, boerewors and braai vleis. They love a hearty meal and lamb bredie is the perfect winter warmer for those freezing nights. While “bredie” (which means stew) is a Dutch term that Cape Malay people adopted, it’s become synonymous with the term for a hearty SA stew.

Try this: How to make lamb bredie

Do you think we got this right? Yes? No? Tell us below.