Farmer Angus sells 85% of his egg business to former employees

by Tessa Purdon
in Features
0

Angus McIntosh, commonly known simply as Farmer Angus, has garnered a loyal following – not just for his farming practices (including saying no to things like pesticides, antibiotics and genetically modified organisms), but also for his nutritious pasture-raised eggs.

Last week he announced that he has sold 85% of his egg business to former employees (51% of them being women of colour), making them business managers and shareholders. In addition to Angus, the shareholders are Neliswa Mbengana, Zanele Hlabisa, Mbhekiseni Khoza, Menzi Khoza and Phello Ntlati. Additional directors are Thobelani Mngomezulu, Mawethu Xamle, Mbhekiseni Khoza, Thabani Lamula and Menzi Khoza – all of whom Angus has known since birth, as they grew up on the same farm in KwaZulu-Natal. Based on current profits, the business will be paid off in less than 4 years. 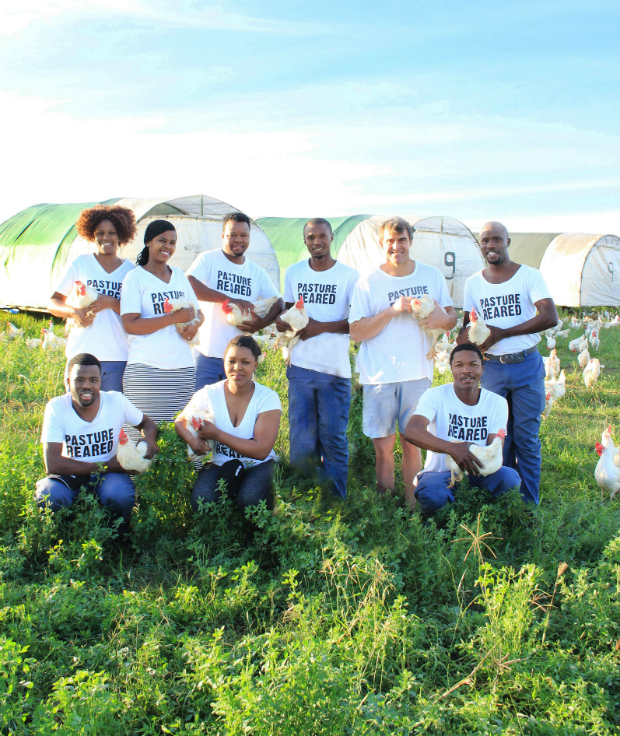 “96% of all eating eggs come from caged hens,” says Thobelani Mngomezulu, one of the directors. “Our chickens are housed in Eggmobiles, which are moved daily to help fertilise our soil at the [Spier] farm [in Stellenbosch]. We get our chickens to graze on the pastures, which are free of any chemicals, so they can lay the most nutritious eggs. They roam our pastures all day and are only locked up in the Eggmobiles at night for their own protection. We also feed the chickens with non-GMO food that is especially made for us. Not only are we producing the healthiest eggs, but we’re also practising regenerative agriculture that reverses climate change and is good for the soil. As someone who has a deep love for nature, I believe that regenerative agriculture is how we can heal the land.”

Shareholders Mawethu Xamle and Neliswa Mbengana say that being able to own a business is such a good thing for their family, as it’s given them a chance to grow. Zanele Hlabisa confesses that the most important thing for her is that she can be a part of the business even when she isn’t on the farm. “Being a shareholder is really a once-in-a-lifetime experience,” she says. 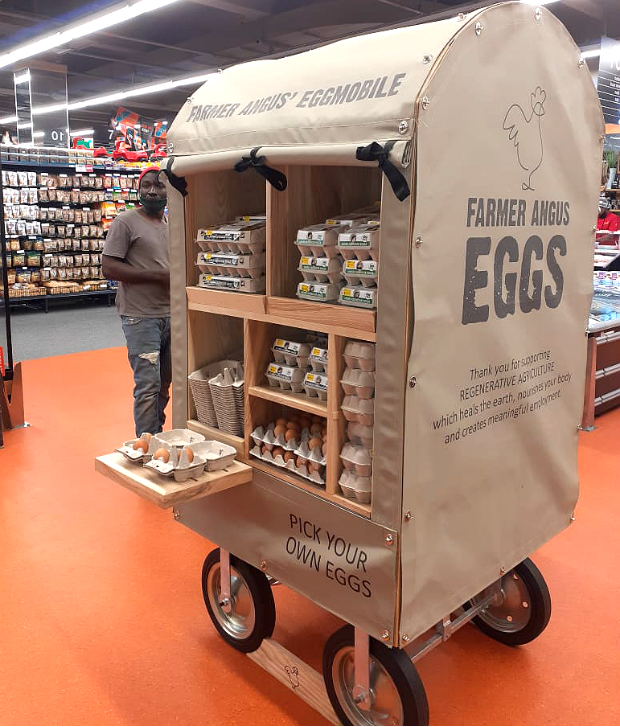 Polony flavoured cheese is now a thing in South Africa