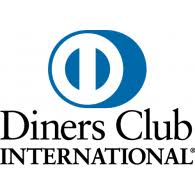 The Diners Club Winelist Awards 2015 did not only attract restaurants eager to gain recognition for their class and style, it also attracted an ever growing number of patrons who understand that the perfect meal is greatly enhanced by a matching fine wine.

This year a panel of judges led by by veteran wine critic and author Dave Hughes assessed hundreds of restaurant menus that had been submitted by licensed local restaurants that met the entry criteria.

Commenting on the quality of the entries, head judge Dave Hughes said: “Each year it becomes increasingly difficult to select the best restaurants that offer outstanding wine lists. However, the cream always rises to the top and this year has been no different. The winning restaurants are tenacious, almost pedantic, in ensuring that their offering continues to excite the palettes of their customers.”

The 2015 winners were announced on Monday, 14, Wednesday, 16, Friday, 18, and Monday, 21 September 2015 in Johannesburg, KwaZulu-Natal, Cape Town and the Southern Cape respectively.