There are different curries from all over the world. They may vary from spicy to fragrantly wholesome but they're always delicious!

by Natasha Hariram
in Features
1

On a cold South African night, nothing hits the spot like a good curry. It’s like the warmest hug when it seems like the world is falling apart, it is true comfort on a plate.

There are different curries from all over the world, not all of them are chilli-forward, some of them are spicy but one thing is for sure: they are all delicious. The word curry is not an Indian word. Most Indian “curries” were called “kadai”. A kadai is the pot that most curries were cooked in, when the British colonised India, they anglicised the pronunciation and so curry became a household name for most spicy Indian food with gravy.

In South Africa, we have two main curries; a Durban curry and a Cape Malay curry.

What is a Durban curry?

Most 1860 Indian settlers made their homes in the different allocated regions of Kwazulu Natal. Due to large families and minimal rations, curries had to be adapted to utilise what was given to them, hence most curries have meat and vegetables. The spices that were used included garlic, ginger, cumin, coriander, chilli powder, turmeric, garam masala as well as house-blended masalas (most homes roasted and ground their own masalas). Potatoes were often the vegetable of choice and it still is even today, especially in a Bunny Chow. These curries also have tomatoes. A Durban mutton or lamb curry is a favourite of many.

Most Cape Malay curries are milder in chilli heat than Durban curries but are heavier on the brown spices such as cinnamon, cumin, coriander and garam masala. These curries are also slightly sweeter, most include dried fruit or sweet fruit chutney; these are not tomato-based gravies but more stock-based gravies. A Cape Malay Chicken curry is very popular. 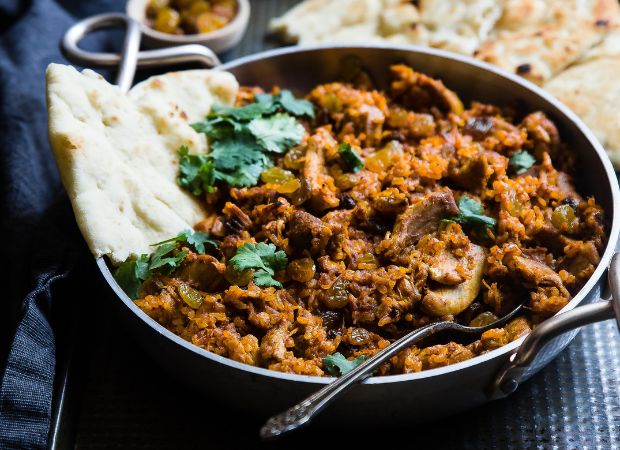 Curries in India differ by region, each has its own protein preference as well as a cooking style. In the north curries are cream based and influenced by the Moguls, in the south curries are tomato and tamarind-forward, in Goa seafood curries are popular but with a tamarind or vinegar base. Since the majority of north India is vegetarian, a diverse vegetarian range can be found in this region.

The most popular Indian curries are:

READ: A guide to the perfect butter chicken curry 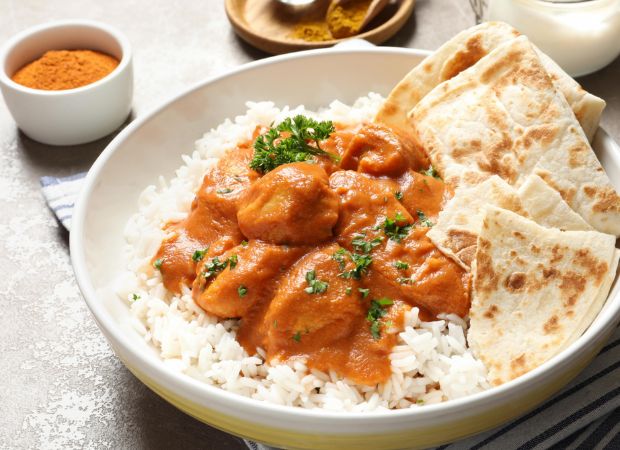 As Indian immigrants arrived in Thailand they took their love of spice and curry with them. Thai curries are usually made from ground curry pastes – where aromatic herbs are ground with chilli. The colour of the curry is dependent on the colour of the chilli used, which is either red, green or yellow. The green is the hottest. The red curry is either made with extra red chilli in the paste. The yellow is the mildest, it has the most turmeric in the curry paste. All these Thai curries also use coconut milk and water to make up the sauce.

Massaman curry is a favourite worldwide, even though it is a milder Malaysian curry wonderfully flavoursome. It usually has chicken and potatoes with many aromatics, coconut milk, kaffir lime (for a sour flavour) and galangal (for a sweet flavour).

Indonesia has many Middle Eastern and Indian influences in its style of cooking, this is largely due to its vast history in the spice trade. An extremely decadent curry is beef Rendang. This is granny’s cooking at its best. It uses tougher cuts of beef, cooked low and slow with a spice paste made of turmeric, lime chilli and ginger. The coconut milk is cooked down until the meat falls off the bone and the gravy sticks to the meat. It is a very dry curry.

The British have long been lovers of curry since the British colonised India. They loved it so much that it was the national dish for many years. It consists of boneless chicken marinated with a variety of Indian spices and curd, grilled over charcoal or in a tandoor oven then added to a creamy tomato sauce, it is usually served with naan bread.

How can we make healthy indigenous ingredients more accessible?