Clairin Sajous has finally made its way to South Africa – but it has a fascinating history.

by Leah van Deventer
in Drinks
1

If someone were to mention Haitian spirits, you’d be forgiven for thinking they were referencing the kind associated with the local religion, Voudou, the island being rich in the ritual and mythology of their chosen deities.

However, Haitians quietly venerate another kind of ethereal essence too – that of clairin, their local rum, which quite simply means “clear” in the native Creole.

While it’s true that clairin was practically unheard of in the rest of the world until recently, it has a history as fascinating and multifaceted as the nation itself. Indeed, the tales of the two are intertwined, and to understand clairin, one must have some insight into the country’s turbulent past.

Notorious explorer Christopher Columbus stumbled across Ayiti, “land of high mountains”,  in 1492, and – suspecting said massifs to house a wealth of gold – he set up La Navidad, the first European outpost in the Americas.

Soon after, the settlers massacred the local tribal leaders, claimed the landmass as their own and enslaved the indigenous Taínos people, putting them to work mining the precious metal. It wasn’t long, however, before the conquistadors – fuelled by avarice – worked their labour source to death, literally, and had to start importing fresh humans from Africa.

Once the loins of Española (as the invaders called the island) were similarly exhausted, they turned their attention to its surface, cultivating a wonderous new crop: sugar.

By now, other European opportunists wanted in on the Caribbean action, and in 1659, after a spat or two, the Spanish agreed to split Española with some French buccaneers. Under new management, sugar production in Saint-Domingue, as the French called their side of the isle, boomed.

Colonialism is thirsty work, however, and it wasn’t long before the newest interlopers started making rum from their ill-gotten crop.

Slavery is even thirstier work – and certainly more deserving of the numbing reprieve provided by alcohol – and soon enough the plantation workers were making rum of their own.

However, all the hooch in the world would not have been enough to make their conditions bearable; by 1791, they’d had quite enough of being treated, well, like slaves, and they started a revolution.

The British, at war with France across the pond, decided to take the opportunity to try seize the sugar-rich land for themselves, and chaos ensued.

It took 12 long years, but, with the help of yellow fever killing the Europeans in droves, the freedom fighters finally achieved the world’s first (and only) successful slave revolt.

As a final move to shake off their oppressors, the victors called their republic Haiti, the French written form of what the whole island had once been named, and claimed their hard-won independence.

Their penance for daring to self-govern was about a hundred years of ostracism from the global community, during which Haiti was all but left behind in terms of industrialisation and technical advances … a fate from which it still hasn’t recovered. 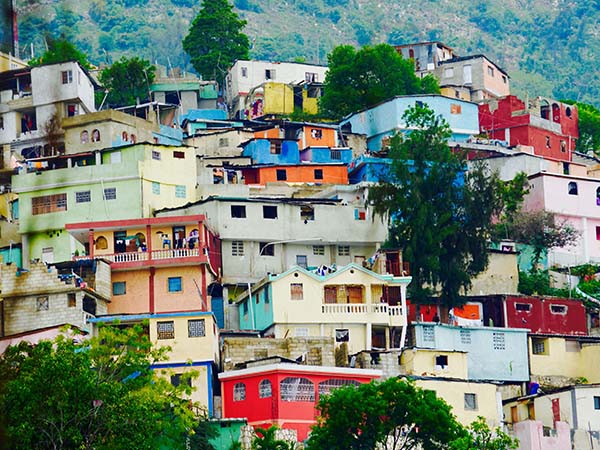 The Haitians got on with things as best they could, living a mostly subsistence lifestyle. Those with the resources continued making clairin as it had always been made, selling it to their neighbours.

Whereas rum production progressed in other countries, with the introduction of cultivated yeast strains and specialised equipment, clairin has stayed exactly the same, being made in rustic home distilleries called guildives.

Firstly, the sugarcane, which is indigenous rather than a commercialised hybrid, is grown completely organically, without the intervention of chemicals or pesticides. There’s often no electricity, so it’s hand harvested and crushed with animal- or petrol-powered presses.

Next, the resulting juice is left to ferment with ambient yeasts … whatever happens to be floating about in any one village.

Finally, it’s distilled in basic stills – either those left behind by the French or something inventively makeshift. They’re almost invariably heated in the traditional Cognac way, with direct fires, using whatever wood is at hand.

The result is a sublimely wild and robust liquor that varies significantly from place to place, even short distances apart.

If you’ve read this far, you’re probably curious to try clairin for yourself. The good news is that you can, as La Maison & Velier has started exporting several brands from Haiti. (The irony of this being a French-Italian company may tickle you.)

Clairin Sajous has made its way to South Africa via distributor Navigate World Whisky, and is available for your drinking pleasure. Enjoy it neat, as the Haitians do, or in a lip-smacking rum sour.