A chef shares pro tips and tricks for cooking amadumbe

Try your hand at this traditional potato for Africa Month.

by Kgomotso Moncho-Maripane
in Cooking Guides and Tips, Features
1

Amadumbe was featured in an article we ran about ingredients that South Africans will be eating more of this year. They’re making a comeback as part of the local foods and grains renaissance brought about by the need to eat consciously and sustainably in a changing climate.

This traditional vegetable goes by many names. Locally it’s called mufhungwe or madumbi and taro or dasheen in other parts of the world. It is also often referred to as “the African potato” or “the potato of the tropics” as it is grown in many tropical and sub-tropical parts of the world. Therefore, it thrives in Kwa Zulu Natal (KZN)’s humid and sub-tropical climate.

Interestingly, 90% of the world’s commercial production of amadumbe is from the West African regions of Cameroon, Ghana and Nigeria. 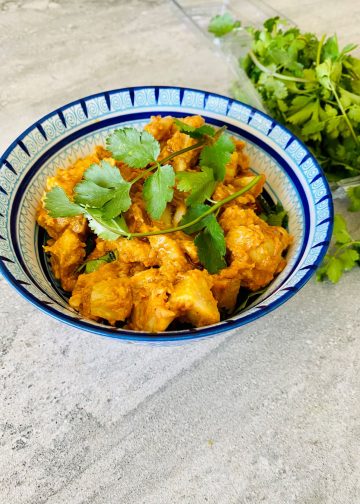 Amadumbe were introduced to Southern Africa by Portuguese traders before the 1500s and were adopted by the Zulu people as an alternative to yams and by the Indian community of KZN into their cuisine. The starchy vegetable is known for its sticky texture similar to okra. Some people love this, but those who are not familiar with the vegetable may not like it.

“I prefer cooking with amadumbe as they are rich in vitamins and nutrients such as iron and potassium. They are also high in protein compared to normal potatoes. Amadumbe can be tricky as they are high in starch (they take time to cook), but they are also a very versatile root vegetable. You can mash, roast, boil them and add them to stews,” Chef Marcus says. 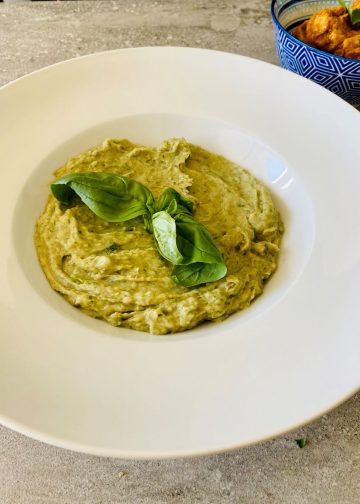 Below are the chef’s top tips on how to get the best out of the African potato:

• Have patience
They take a bit more time to cook. So, it’s best to always cook amadumbe for 45min to an hour to ensure that they are cooked through.

• Use a salt bath
Prepare a salt bath with cold water and salt – about 2 tablespoons for every 1 litre of water. This helps with reducing the starch in amadumbe.

• Chop into smaller pieces
This helps with reducing the cooking time and ensures amadumbe are cooked evenly.

• Blanch in hot water
When roasting, always blanch amadumbe in boiling water for 10 min to kick off the cooking process before placing them in the oven.

The amadumbe curry is a beautifully punchy vegetarian dish that can be served with dombolo or roti. If you’re looking for a nutritious alternative to mashed potato, the creamy amadumbe and basil pesto mash is a treat.

How do you cook amadumbe? Tell us in the comments section below!