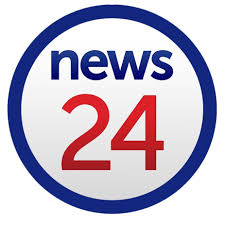 Stellenbosch, Cape Town – May 11, 2015  – Adele Grewar and Bertus Basson’s paths crossed back in 2008 when she was placed at Overture as a student from ICA.

Adele was completely blown away by Bertus and the restaurant. Once six months had passed, Adele asked if she could stay and Bertus responded with “Let’s give it a go, shall we?”  Adele was employed and embarked on her journey at Overture Restaurant.

Adele worked her way up from the bottom at Overture, mastering all the sections in the tiny kitchen, and also learning valuable management skills. Adele very quickly became Bertus’s right hand in the kitchen.
Through the years, they developed a great understanding of each other and were able to take Overture from strength to strength.

In May 2014, after working her way up to Sous Chef, Adele decided to broaden her horizons by travelling to Australia. Adele staged in some of the greatest kitchens Sydney has to offer, including Neil Perry’s Rockpool as well as Ross Lusted’s, Bridge Room. This new environment introduced her to new techniques, ingredients and cooking levels at an international standard.

She returned to South Africa, and Bertus offered her the position as Head Chef at Overture.

When we asked Bertus on how he felt about someone else taking some of the responsibility for the kitchen, he said “There is no one better suited for the position than Adele. We have worked together for so long and have a very clear understanding of each others creative process. It is a privilege to have seen Adele become the cook she is, and to be able to support such a talented young chef in the next step of their career.”

Adele Grewar was born and raised in Windhoek, Namibia. Adele relocated to Cape Town to study straight after school where she was introduced to a whole new culinary experience. This was when she decided to study to become a chef and the more she learnt about the industry, the more intrigued she became. She studied for three years, which included a product development specialization course. Once she graduated, she couldn’t wait to get her hands dirty in the kitchen.

“I’m thrilled to be back at Overture, it feels like home to me. I’m honoured and thankful for the opportunity that Bertus has given me. This is the start of a great adventure.”