I tend to eat out a lot, aside from work, this has always been the tendancy, but this past weekend was particularly busy. I visited five restaurants this weekend, three new and two old, each one totally different but all thoroughly enjoyable. This was a well-timed reminder, that in the wake of the Eat Out Awards, where fine-dining establishments go head-to-head, we can also celebrate Cape Town’s simple, more secret and down-to-earth eateries. Aside from the food being good, it’s also a nice feeling not having to stress about getting a table (well with the exception of one!).

Here are five Cape Town eateries to visit and revisit.

Taste of Mongolia, Newlands
This was my second time here, with the exact same group of friends I’d been with the time before. The first time it was my suggestion, and the second time it was theirs. I earned myself some brownie points suggesting this place. We loved it because it felt real, like a place we imagined we might find in actual Mongolia. There was no fuss over anything else but the food. Once you get over the harsh lighting, basically spot-lighting you to the rest of Newlands main road, you will totally fall in love with this place. The family that own and run it, are incredibly warm and accommodating. The food is authentic and serious value for money, and at the moment they don’t have a liquor license so it’s BYOB. We basically had everything on the menu. First off this was a combination of eagerness, incredible hunger and excitement over the affordability; the second time it was because we knew how good everything was. Tip: get the lamb skewers, seaweed salad, Mu-er salad, pot stickers and dumplings. Solo, CBD
This spot is brand new, so it was the first place I thought of when deciding where to meet a friend for breakfast on Saturday morning. Gallery owner, Morne Marais, extended the 99 Loop Street offering with the new café and bistro, Solo. The tranquil space is an extension of the gallery with the same relaxed atmosphere and art exhibited on the walls, but at the same time, the restaurant is entirely separate, with its own entrance. Solo features a lovely courtyard, which offers both shaded and sunlit seating. I do hope they will look into doing dinner as the space lends itself to warm evenings.

The food was hearty, carefully prepared and generous. We had the fluffiest flapjacks with berries, eggs Benedict and a poached egg with creme fraiche and avo all of which was reasonably priced. Solo instantly became a go-to brunch and lunch spot, offering a sophisticated and quiet space to do some work or catch up with friends. 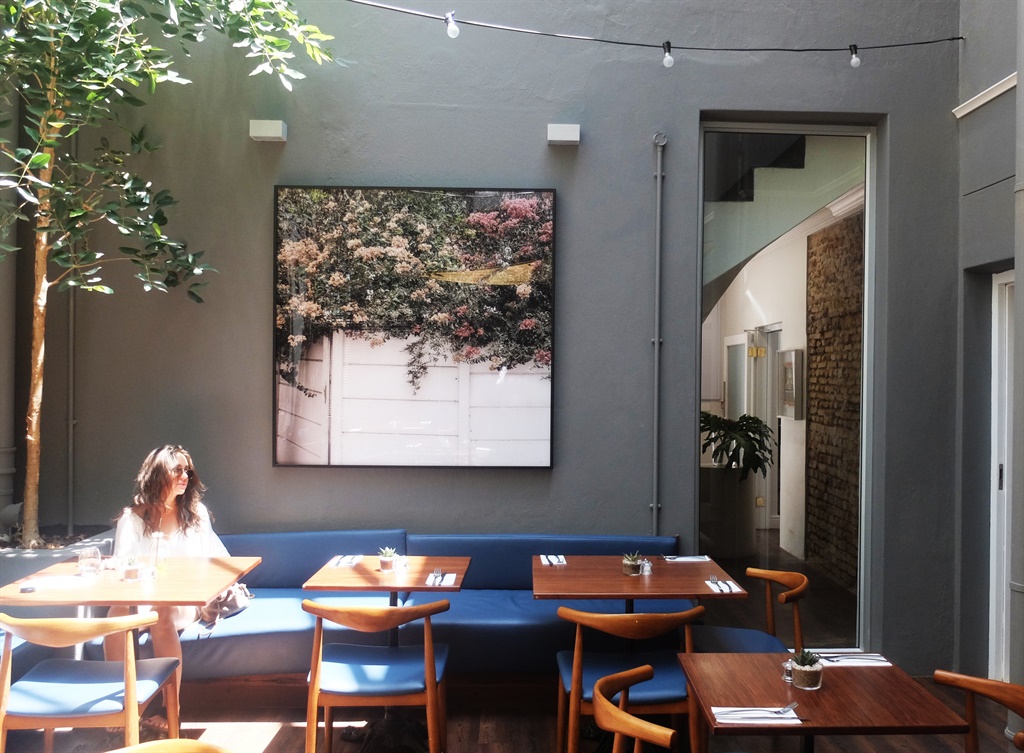 The Sneaky Sausage, CBD
This one is still fairly new, and as you may have guessed its dedicated to sausage, particularly the German variety but also Chorizo. The food is designed to work with &Union beer and focuses on bar snacks as well, like the ridiculously tasty cheese and jalapeno wontons and bigger-than-usual risotto balls. After that, the deep-fried bar one will sort out every chocolate desire you’ve ever had.
The space is a sleek, modern version of a beerhall-meets-cafeteria. It’s got big table seating and counter seating right up against the windows overlooking Shortmarket Street. We were a big group, which is exactly what Sneaky Sausage lends itself to. You order at the counter and get a number for yourself so no messing with a fat bill at the end. (Disclaimer: this sausage was asked to be incinerated) Narona, Gardens
I have a new found love for this place. I’ve been there past two Saturday evenings and I must say, these guys are getting it right. They’ve been open for 7 years now and have a loyal following, many of which for take away pizzas. The concept is simple and that’s why it works. The owner, who was there that night, said his is aim is to give good quality food at affordable prices, ‘times are tough’ he said. It’s a philosophy that makes you feel warm inside, and one that diners appreciate in an age where restaurants constantly take their customers for a ride.

Narona serves good pizzas and pasta and there are some other tasty menu items like the spare ribs. The space is cosy, the staff instantly become friends and the whole vibe feels like you’ve been going there for years, with regulars striking up a conversation across the small restaurant, kind of like the Cheers of Gardens. Four & Twenty, Wynberg
Sunday brunch at Four & Twenty? Some might think it silly because you’re guaranteed to wait for a table, while aching for your first meal of the day, but at this place, it’s always worth it. Four & Twenty is a gourmet wonderland filled with sneaky compotes, sauces and sprinkles that turn simple dishes into elaborate, creative ones. It’s all miso this and truffle that, which keeps the eggs on their toes and makes sure this humble Southern Suburbs café is consistently the best in brunch. We ummed and aahed for quite a while before finally settling on the Brie, porcini and poached egg breakfast (seen below) and the cider fry-up.

An aside: Four & Twenty are doing tapas in the evenings from Wednesday to Friday, 6 pm to 9:30 pm. Head on over to their Instagram to see what they are offering.